April 20, 2010: Following a methane gas explosion that killed 11 people, oil from BP’s Deepwater Horizon oil rig spilled into the Gulf of Mexico for 87 days. Over 210 million gallons of crude petroleum was released into the , resulting in the largest accidental marine oil spill in history—almost 500 miles of coastline in four states was contaminated by the slick. BP tried using tools like explosives and containment domes to dispose of the oil, but many of these ended up making the water toxic—the rig was finally capped on July 15. The marine life on the Gulf was devastated—20 to 50 percent of fish in the area developed mutations. A congressional investigation found that BP had taken risky actions to save time and money which contributed to the severity of the spill—the company settled the case in 2015 for $18.7 billion.

April 22, 1970: The first Earth Day was celebrated—over 20 million Americans participated in peaceful demonstrations at schools and in parks. Senator Gaylord Nelson spearheaded the Earth Day movement to raise awareness of environmental issues, but government officials like J. Edgar Hoover were actually suspicious of it at first—April 22 is also Vladimir Lenin’s birthday, so some feared the holiday was a Communist trick. This obviously was not the case, and over 190 countries now hold Earth Day celebrations. Earth Day 2016 is particularly significant because 120 countries will sign the landmark Paris Agreement to reduce greenhouse gas emissions.

April 23, 2005: The first video was uploaded to YouTube. The 19 second clip, titled “Me at the zoo,” shows YouTube cofounder Jawed Karim in front of the elephant cages at the San Diego Zoo, talking about how “cool” the animals’ “really, really, really long trunks” are. Despite its somewhat poor production quality, the video has been viewed over 30 million times because of its significance to the site. Last year, to celebrate YouTube’s tenth anniversary, the video’s description was changed to “The first video on YouTube. Maybe it’s time to go back to the zoo?” Since that first clip was posted, YouTube has become ubiquitous—over 500 hours of video is added to the site every minute.

April 24, 1990: The Hubble Space Telescope was launched into low-earth orbit, where it remains. The project ran into trouble soon after launch when NASA scientists discovered that one of the telescope’s mirrors was defective, causing its satellite pictures to be fuzzy—a service mission was able to correct the problem, and subsequent missions also updated the telescope’s computers. Hubble’s main function is as a research vessel, helping NASA to learn how the universe is expanding, and also to discover more about the evolution and formation of the Milky Way. Recently the telescope captured images of supernovas, and it has even located new galaxies. 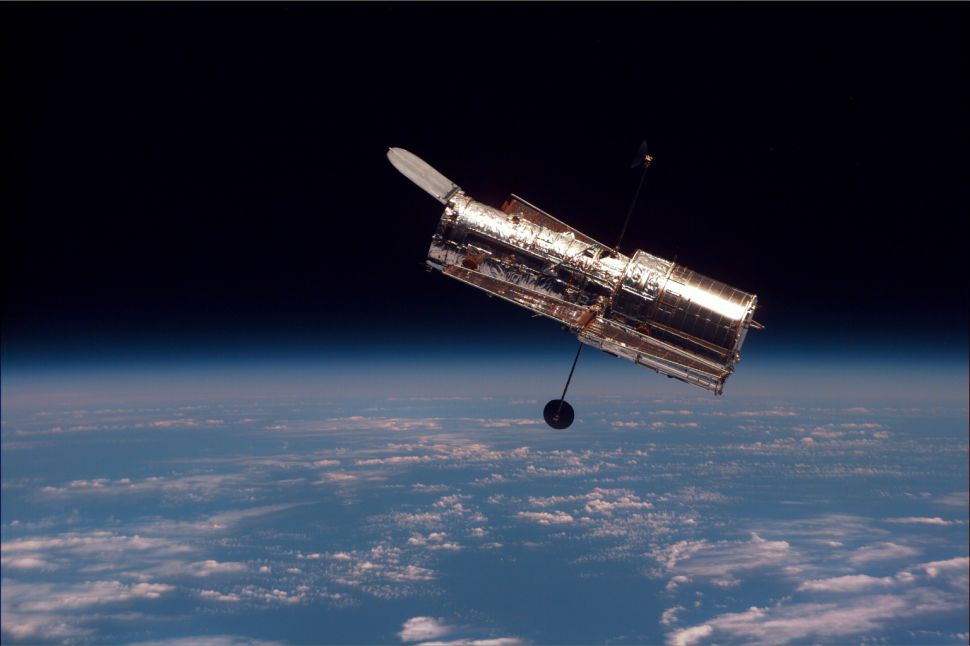