April 25, 1953: Francis Crick and James D. Watson published an article describing the double helix structure of DNA for the first time. This discovery proved that DNA was held together in specific pairs, side by side, and that it was possible for genetic material to copy itself and replicate. Watson and Crick’s work was then applied in biotechnology, as scientists attempted to sequence and manipulate DNA to cure diseases, resulting in the Human Genome Project. While the central duo received most of the acclaim for the discovery, they were also criticized for not acknowledging the scientists who aided them—chemist Rosalind Franklin, who took the technical X-ray image which helped Watson and Crick develop their chemical model, has been particularly celebrated in the ensuing decades.

April 26, 1986: An explosion at the Chernobyl power plant in Ukraine resulted in the worst nuclear accident in history (400 times more powerful than the Hiroshima nuclear bomb). One of the plant’s reactors suffered a catastrophic power increase because of structural damage, causing a steam explosion of radioactive fuel and a fire which lasted five hours—fallout from the blaze drifted over 13 countries. Some plant workers were exposed to fatal doses of radiation in less than a minute, and over 350,000 people were evacuated from the affected areas. The number of deaths caused by the explosion is unclear, as cases of radiation exposure are still being reported—Chernobyl will remain reactive for 1,000 years.

April 28, 2003: The iTunes store launched as the only major legal digital music catalogue. Steve Jobs made an agreement with five major record labels to offer their content through the service, an alternative to sites like Napster. Users downloaded over one million songs in the store’s first week online. Several artists and groups, most notably the Beatles, initially did not allow their music to appear on iTunes, but the litigation was eventually settled and the Fab Four’s catalog was made available in 2010. Over 37 million users have downloaded over 35 billion songs on iTunes—in 2010, it officially became the world’s number one music retailer. The modern iTunes store also allows users to download apps, movies and TV shows onto any Apple device.

May 1, 1956: The first effective polio vaccine, developed by Jonas Salk, was made available to the public. The disease, which causes paralysis, had reached epidemic proportions in the United States in 1952, with over 57,000 cases reported. After this, the search for a cure went into overdrive. Salk’s field tests involved over 1.8 million children, who either received his vaccine or acted as placebo or control groups. These tests were successful, and the Salk vaccine had a huge impact on world health—there have been no cases of polio in America since 1979, and there were only 74 cases worldwide in 2015. The World Health Organization has set the goal of having a “polio-free world” by 2018. 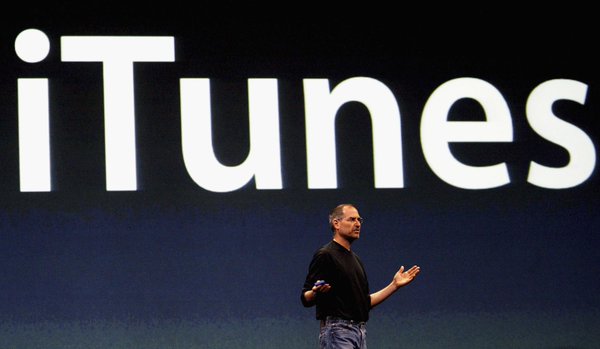