The Attic is hosting a launch party, starring Dean Winters, the actor who plays “mayhem” in Allstate commercials. Revelers at the rooftop venue will enjoy treats like liquor popsicles from Liquid Lab and will be taught how to whip up a few cocktails themselves. We trust you have insurance. The Attic, 251 West 48th Street, 6-9 p.m., invite only

Shakespeare once quipped, “Dost thou think, because thou art virtuous, that there shall be no more cakes and ale?” I don’t know what your character is like, but I can almost promise there will be plenty of cakes and ale tonight at the Elizabethan Feast benefitting New York Classical Theatre. The theater promises “a celebration of the 400th Anniversary of William Shakespeare featuring pop-up performances and historic foods.” Manhattan Penthouse, 80 Fifth Avenue, 6:30 p.m., $500

April 22nd: Probably everyone wonders why anyone would join the Church of Scientology. My Scientology Movie, an official selection at the London Film Festival, examines people’s motivations at their screening tonight. Using information from former members, the documentary re-enacts some of the incidents people claimed to experience when they were in the church. This year’s Tribeca Film Festival has already got the town buzzing as its television programming and virtual reality displays have the little festival that could punching way above its weight class. But “film” is still TFF’s middle name and it’s this kind of thoughtful film—a newsy documentary presented and co-written by Louis Theroux, who tackled similarly weighty subjects with humor and insight for his BBC program “Weird Weekends,” which portrayed an America mostly stuffed with porn and KKK—that lifts the festival from the novel to the memorable. The gag here is that Mr. Theroux, directed by John Dower and aided by two-time Academy Award–winning producer Simon Chinn, turns the tables on the aggressively litigious church. As Mr. Theroux tries to push his way into Scientology headquarters, it is revealed that the religion is keeping tabs on him for its files. See it tonight—we’re told by the movie’s pr’s that it’s been “fully legalled, so there isn’t much likelihood of it being shut down” but with lawyers, you never know Bow Tie Cinemas Chelsea, 260 West 23rd Street,
6:30 p.m., open to the public

Maybe you find standard rock ‘n’ roll shows kind of boring. Maybe Cirque de Soleil doesn’t have enough good music for your taste. Good news because The Midnight Experience features not only a troupe of amazing aerialists but also amazing rock ‘n’ roll. It promises to be a
“rock ‘n’ roll experience featuring New York’s hottest aerialists,
circus and burlesque performers.” The show, produced by Brian Rardin
and Kristin Olness, will feature a rotating cast of performers. So, no
matter how many times you return, they always promise to feature
something new. This is the first night to preview it—the show
officially premieres on May 7—so you can get in at the very beginning.
Which is a very rock ‘n’ roll thing to do. The Cutting Room, 44 East
32nd Street, 11:30 p.m., $20

Maybe God doesn’t want you to spend your entire day making all the food for Seder. Maybe God says, “You live in New York, you can go out to dinner.” I’m with God on this. In that case you’ll want to head over to Balaboosta as they host their 5th Annual Passover Seder Dinner
with chefs Einat Admony and Ilan Hall. In past years, they’ve collaborated with notables like Anita Lo, David Tanis and Fany Gerson. The menu will feature classics like marrow bone matzah soup and deviled eggs, as well as some unexpected items like their Yemenite dynamite banana split. There will only be one sitting, though, at 6:30 p.m., and the restaurant can only hold 55 people. So, you’ll want to get your tickets early for this intimate celebration. The seating is all family style, so you’ll have a chance to meet and celebrate with some new people. Balaboosta, 214 Mulberry Street, 6:30 p.m.,
$132.87-$185.62

Michael Strahan will chat with Jonathan Tisch at the 92nd Street Y to
talk about his new book, Wake Up Happy: The Dream Big, Win Big Guide to Transforming Your Life. The event will be co-presented by HELP USA, a provider of supportive services for the homeless. 92nd Street Y,
Lexington Avenue at 92nd Street, 7:30 p.m., $38

Your kids are going to have to learn how to eat at nice restaurants sooner or later if they live in New York, so it might as well be sooner. Kid’s Table, which invites children aged 7-14 to enjoy
three-course meals at the some of the city’s finest restaurants, is launching today. Per Se, Blue Hill and Atera will all be participating. Parents are not invited. Event office at Grand Central
Terminal, 89 East 42nd Street, 4-5:30 p.m., $30

Rachel Lehmann-Haupt, the former Observer intern who went on to write,
In Her Own Sweet Time: Egg Freezing and the New Frontiers of Family, will undoubtedly have a fertile conversation with reproductive endocrinologist Dr. Nicole Noyes. NYU Fertility Center, 660 First
Avenue, 5th Floor Lobby, 6:30 p.m., open to the public 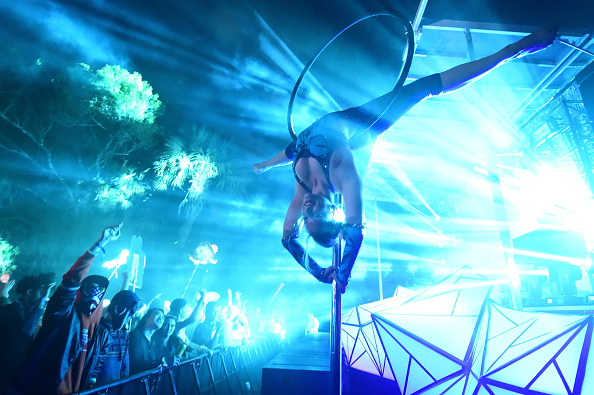