Henry Holt and Co. (a division of Macmillan, which publishes a lot of delightful authors, including me) is hosting a 150th anniversary party. That’s right! A party. Being hosted by an old-time publishing house! One that publishes paper books! There will probably be cocktails and possibly even some canapés. What a publishing house! What a world! Print lives! Death to Kindles! The Morgan Library, 225 Madison Avenue, 6-8 p.m., invitation only

Normally one visits Beautique to see really, really, frankly intimidatingly, beautiful people eat delicate portions of food, but tonight, you can also see beautiful art! The restaurant is hosting a gallery night featuring artists Matthew H. James, who is renowned for his liquid layout technique, and Ricky Silverspoon, whose work combines modern and historical figures (like Tutankhamen and Tupac). There will be an open bar from 7 to 8 p.m., which should also help visitors feel less intimidated. Beautique, 8 West 58th Street, reservations to dine available 5:30 p.m. and after, beautiquedining.com/#beautique-restaurant, open to the public

If you spent your pre-teen years shouting “O.P.P., yeah, you know me” without fully understanding what that meant, then this is going to make you feel old. Naughty By Nature is celebrating their 25th anniversary tonight, along with Black Moon and Smif-n-Wessun. So, at least for today, you can relive the pre-Hamilton age of hip-hop. Stage 48, 605 West 48th Street, 10 p.m., $30

People generally either really love jazz or really hate it. For those who fall into the latter camp, feel free to skip ahead directly to the next event. There is nothing here for you. But for those who love it, great news! It’s International Jazz Day.The National Jazz Museum in Harlem will be celebrating with a series of concerts and conversations curated by Jon Batiste, leader of The Late Show’s band. While Mr. Batiste won’t be performing at this concert, there’s no shortage of talented musicians who are. Some of the performers will include pianist Giorgi Mikadze, saxophonist Patrick Bartley, drummer Julius Rodriguez and bassist Linda Oh. The NJMH hopes that the evening will offer a chance for people to appreciate the “universality of jazz.” The National Jazz Museum in Harlem, 58 West 129th Street, 7 p.m., $19.98

You’ve celebrated Easter, you’ve celebrated Passover, and now it’s time to embrace Greek Orthodox Easter. You can do so at Kellari Taverna, where they’ll be hosting a special celebration for the day. When you stop by, you’ll find a pig roasting on a spit outside. It kind of makes chocolate eggs and matzo pale in comparison. Once inside, you can enjoy a traditional four-course meal, including magiritsa, a traditional Easter soup, tsoureki bread, and seafood yiouvetsi. They also promise “easter eggs,” though they may not be the chocolate kind. I’m going to gamble that lamb shows up somewhere on that menu, as well. Kellari Taverna, 19 West 44th Street, 11:30 a.m. to 4:30 p.m., $69, $35 for children 12 and under

The New York Pops will be honoring Alain Boublil and Claude-Michel Schönberg with a gala concert conducted by Steven Reineke. Sir Cameron Mackintosh and Patti LuPone will be acting as honorary co-chairs for the event. Stern Auditorium / Perelman Stage, Carnegie Hall, 7 p.m., $65-$160

You know what goes really well with a light lunch salad? Balsamic vinaigrette and gobs of jewels. Just gobs of them. So it’s nice that David Yurman is hosting a lunch to allow attendees to feast their eyes on the upcoming 2016 collection. And if that feels too rich for your blood, you’ll take pleasure in knowing that a portion of the day’s proceeds will benefit the Henry Street Settlement. David Yurman Townhouse Boutique, 712 Madison Avenue, noon to 2 p.m., invitation only

Oh, man, it is going to be Olympic Season again. Gear up for it at the Golden Spinnaker Gala U.S. Olympic Sailing Team Fundraiser. Hosted by the Sailing Foundation of New York, proceeds from the event will go toward the athlete’s expenses, and you’ll have a chance to see the whole team together. New York Yacht Club, 37 West 44th Street, 6 p.m., $500 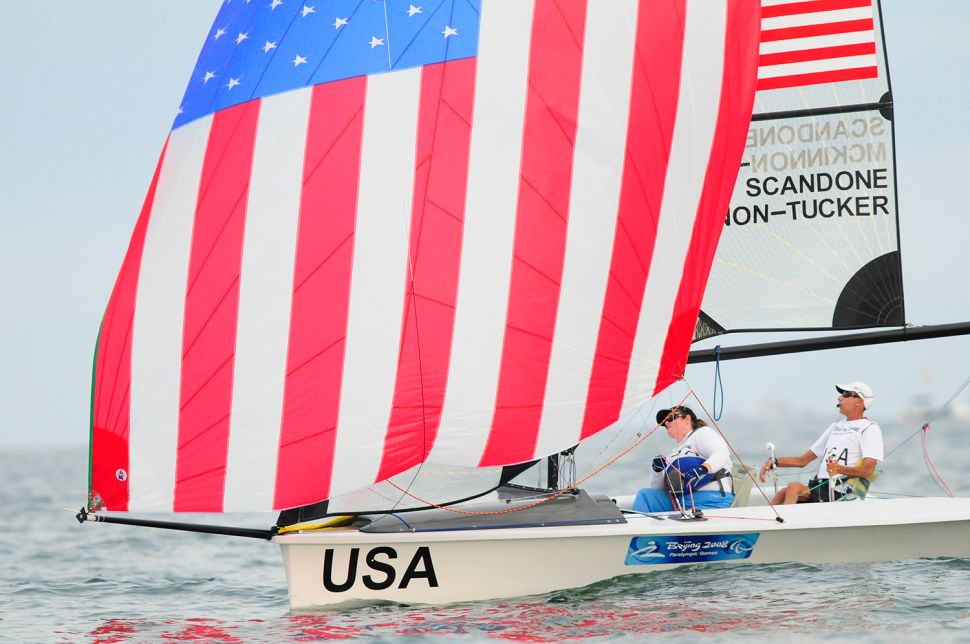