After a few weeks of mixed messages, the contours of the general election emerged in sharp focus in New York last week. They will likely be set in stone today in the so-called Acela Primary, when the majority of the delegate-rich corridor between Maryland and Rhode Island heads to the polls—including the general-election big kahuna of Pennsylvania. By Empire State-like margins, Donald Trump is likely to wipe the floor with Texas Sen.Ted Cruz, the would-be High Sparrow whose I-just-threw-up-in-my-mouth-a-little brand of Christian creepiness doesn’t sell in the Northeast. And while Mr. Trump may cede a few John Cheever district delegates to Ohio Gov. John Kasich, he’s destined to dominate.

End of story on the Republican side. And—as evidenced by Reince Preibus’ sad request this week that the GOP gets behind its nominee “whomever they may be”—the party knows it, and its official apparatus appears to be coalescing around the reality that it would be beyond foolish to try to deny the clear winner their nomination. The only saving grace for the Republicans is that the open-carry petition at the Convention was quashed by a forward-thinking the Mayor of Cleveland who didn’t want the conservative equivalent of the Red Wedding on his hands.

For the Democrats, Hillary Clinton is the nominee of the party’s primary. She is the clear winner. Her victory is solidified by an enviable and diverse assemblage of voters that enhances the Obama coalition and, frankly, looks like a dream Dem electorate. And a word on polls: the only ones that matter are actual votes. Elections are not won at rallies. They are won in the voting booth. Hillary wins where and when she needs to and she cannily fights for every vote—going exactly where the winning trove is. And she’s won millions more than Bernie Sanders and her closest competitors on the other side of the aisle.

In a word, I got your enthusiasm barometer right here, and it’s a scanned ballot with a filled in oval next to Ms. Clinton’s name and she’s miles ahead. She will stride onto the stage in Philadelphia this summer wearing an ear-to-ear smile and the most amazing long-coat-low-heel-combo in recorded history and finally grab the prize and run with it, and barnstorm the country. I’m not even going to temper this assertion by offering the obligatory what–if. Done and done.

And while there’s a moon for the misbegotten over Bernville, and the gentleman from Vermont persists in trafficking in idiotic insinuation and innuendo that dark forces controlled by a faceless establishment has somehow fleeced him in plain sight, he has no path to the nomination. Not a one. He’s managed what we all thought was impossible and hit a wall and a ceiling at the same time and there’s no point in being a political tease with a consultant-fueled grudge—which at this stage is all he is.

But what its undeniable is that Republicans are headed for a cliff.

Cutting to the chase: we have our nominees. The question is, now what?

On the Republican side, both Mr. Cruz and Mr. Kasich have made it clear that they intend to keep campaigning, although, after today it will be less clear for what exactly. It appears the two opposition campaigns have a nonaggression pact in part in the form of some kind of bizarre state-ceding relationship cooked up over the next couple of weeks: where one gives the other a pass in one locality in order to try to rack up delegates (read: try to stop Mr. Trump from accruing them) in others. This makes it that much clearer that each organization is existing solely as a way to try to throw some barrier to an outright nomination in Mr. Trump’s path. What’s less easy to game out is how meaningfully successful they will be.

But what its undeniable is that Republicans are headed for a cliff. Between what’s shaping up to be a Day of the Locust-like multi ballot, recrimination-heavy spectacle in Cleveland, to the guarantee of a woefully unprepared and wildly unpopular candidate who can not just put deep red states in play, but massacre his party down ballot, the GOP is either a kamikaze plane about to hit its target, or a speeding avalanche obliterating everything in its path. The die was cast on that fate a long time ago and, by the looks of it, they are too far in to avoid disaster.

If you ask me? It couldn’t happen to a better bunch.

But the Democrats don’t have to flirt with disaster. Far from it. This election is theirs to lose and it is well in reach to stay disciplined and avoid political disaster and lead a strong candidate to victory with long coattails to ensure massive wins up and down the ballot. Democrats can accomplish this. Because on the Democratic side there are clear choices at hand that will be determinative of not only the next several weeks but set the tone through November—and they lay almost entirely with Mr. Sanders’ campaign.

Every campaign has its life cycle, whether it’s winning, losing or the walking dead.

If polling holds, Ms. Clinton will pull even farther away from her primary rival this week. Taking Tad Devine at his word is exceedingly difficult for any Democrat to do given the entirely quixotic, destructive and divisive campaign he’s helmed right into the gutter over the past several weeks in the ego-driven name of Pyrrhic victory. Yet, last Tuesday, following his candidate’s drubbing in New York, Mr. Devine clearly stated that following the Acela Primary, Camp Sanders would “assess where we are” and make a decision of how to proceed (although in the next breath the campaign said they intend to fight right up to and in to the convention—which I personally do not believe they will do). I hope that the campaign has the integrity to make a blunt assessment, with an honest and unvarnished eye, and employ a sense of reality that’s eluded them particularly over the last several weeks as hubris and misplaced aggression have unfortunately replaced the moral underpinnings of a formerly very honorable enterprise.

Mr. Sanders should have started to off-road a long time ago—after Super Tuesday, when reality should have at the very least internally set in. He should be well into the unification process by now, but, if anything, he’s inexplicably gotten even farther away from being a forward-looking agent of solidarity, with eyes fixes on the future. Instead, he’s throwing the kitchen sink in one paranoiac, Hail Mary after another—and it’s clear by the results in New York that while it may play well to his base, it’s a huge turnoff to everybody else. Going so negative hurt him. Whatever. Every campaign has its life cycle, whether it’s winning, losing or the walking dead.

After today, even if he stays in—which is his affair if he wants to consensually enter into a money-burning relationship with his supporters—the tone must change immediately. That is to say, if he remains in the race, it must be to return to his roots as a crusader against money in politics and income inequality writ large. If he persists with slash-and–burn tactics and continues to harm Ms. Clinton for the general, I hope that no matter who they support every Democrat and every progressive will make it clear with one voice both privately and publicly that he must cease and desist instantly or his legacy will be that not of a positive conversation changer, but a sour spoiler. Hillary Clinton has essentially moved on to what will regardless of a deeply flawed opponent be a tough general election. Bernie Sanders, in a very real sense, must leave the primary behind too. 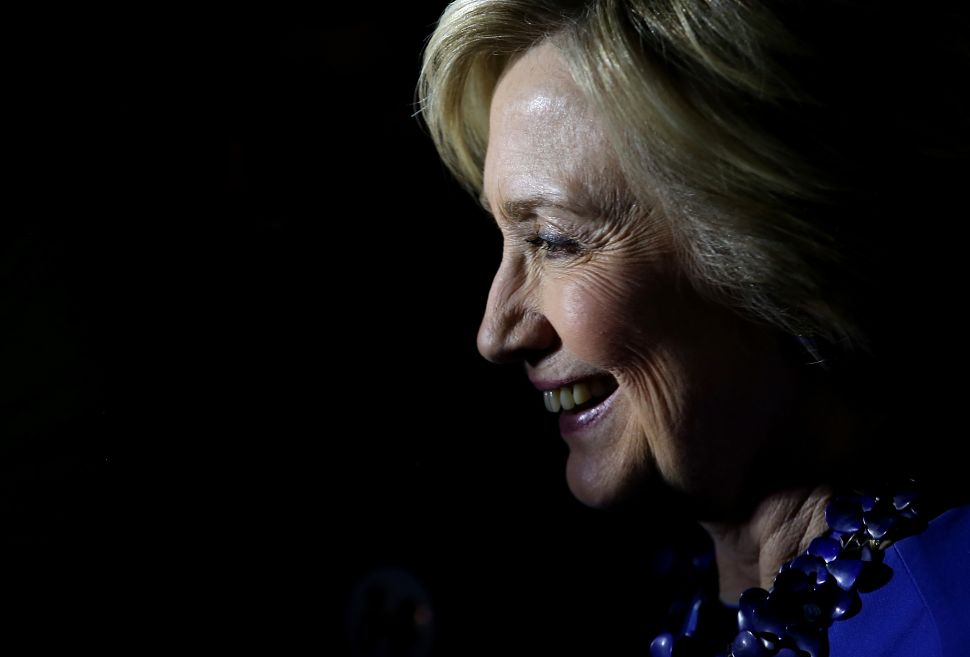