What makes the Tribeca Film Festival a New York institution?

It’s a question that, on the surface, seems like a no-brainer. After all, we’re talking about a celebration of film co-founded in 2001 by quintessential New York goodfella Robert De Niro, with Jane Rosenthal and Craig Hatkoff, and conceived as a crucial step in the city’s healing process in the ashes of 9/11.

But the world has changed since 2001—film has evolved, scars have healed, the city has grown—and Tribeca along with it. Over the course of many conversations the Observer conducted with participants past and present, the question only becomes more complex. It seems, like the city itself, Tribeca means something different to everyone.

“In a place like New York, where you have over 232 languages spoken, it is about the diversity of who we are, but also all of our similarities, too,” Ms. Rosenthal told the Observer. “When Nelson Mandela came [to the inaugural Tribeca], he talked about the power of movies; how when he was in Robben Island the one night he and his jailers looked forward to was movie night. It’s when they all laughed together, they all cried together. It united them.”

Flash forward nearly two decades to Tribeca 2016, beginning April 13. The festival is still working to not only unite a city, but to embrace the seismic shifts in narrative storytelling that come with the passage of time.

“The spirit of the Tribeca Film Festival is one of such empowerment and support, an environment where artists are nurtured, celebrated and inspired to continue to create and expand their visions” – Katie Holmes

For one, we’ve moved from the big screen to the small. Tribeca Tune In, the festival’s revamped television section, includes world premieres ranging from an Oprah docu-series, Greenleaf, to stoner-comedy Time-Travelling Bong from the producers of Broad City.

“That’s really the way we look at the festival—through the lens of the past and the present and the future,” said Tribeca executive vice president Paula Weinstein. “People can come here and take a look at everything, whether it’s DJ Z-Trip scoring a Harold Lloyd film or the latest VR from Penrose Studios.”

The VR Ms. Weinsten refers to is Tribeca’s ever-expanding virtual reality lineup: 23 installations total spread across Tribeca’s Storyscapes and Virtual Arcade sections, working to transfer the story off the screen completely and into your mind. Selections range from the immersive and delightful (ride a dragon in Dragonflight, for instance) to the educational and a little terrifying (spend time locked in solitary confinement with 6×9).

“It’s about telling the best stories and engaging audiences at every possible point of interest,” Mr. Rosenthal said.  “It’s evolved over the years. Everyone is out there talking about VR, but how do you know what the best of it is, or how to watch it, and what platform to watch it on? That’s what we do: we curate.”

Of course, Tribeca would not exist were it not for its backbone: a selection of films as diverse as the city itself. And as Tribeca’s co-founders have learned, diversity frequently lends itself to controversy. Just two weeks ago, the fervor over anti-vaccine documentary Vaxxed forced Mr. De Niro to tentatively defend, and then remove the film from Tribeca’s schedule over the course of 24 hours.

A sore spot, for sure, but anyone who has spent time in New York knows that for every eye sore, there are 1,000 hidden gems.

“The spirit of the Tribeca Film Festival is one of such empowerment and support, an environment where artists are nurtured, celebrated and inspired to continue to create and expand their visions,” said Katie Holmes, who presents her directorial debut, All We Had, in this year’s event. “The festival was born out of the importance of resilience and the significance of creativity.”

Susan Sarandon, who stars in Lorene Scafaria’s The Meddler, echoes Ms. Holmes. “As a lifelong New Yorker, I’ve always been a fan of programs that help foster creativity in the film industry in New York,” the actress told the Observer. “Tribeca Film Festival has done such an excellent job at that. I love that as they celebrate their 15th anniversary, they continue to have such a wonderful lineup of films and actors.”

Comedian and go-to award show presenter Ricky Gervais, no stranger to the film business, sees Tribeca as the perfect venue to premiere Special Correspondents, the Netflix original he wrote, directed and starred in beside Eric Bana.

“If you don’t count Marvel, they are real Hollywood,” said Mr. Gervais said, referring to the festival’s film slate. “[Tribeca features] the exciting, original movies that are made for people who might want to be challenged in the brain department, more so than people running around in rubber suits.”

But at Tribeca’s core, unlike say, at Sundance or TIFF, is more than the A-listers. It’s a sense of inclusion; an aesthetic that fosters the filmmakers in the VIP suite just as much as the ones knocking on the door. Ask Bryan Buckley, whose 2012 Tribeca short Asad was nominated for a Best Short Film Academy Award. Or Damien Chazelle, who debuted his musical Guy and Madeline on a Park Bench at the festival before going on to write and direct the Oscar-winning Whiplash.

“While the diversity conversation is just a hashtag for some, Tribeca and the city it represents understands the power in representing those who are often overlooked” – Director Ingrid Jungermann

Or just look to this coming festival, home to 42 directorial debuts and countless fresh faces. Among them is Ingrid Jungermann, who not only directed but wrote and starred in her feature debut, Women Who Kill.

“While the diversity conversation is just a hashtag for some, Tribeca and the city it represents understands the power in representing those who are often overlooked,” Ms. Jungermann said. “To premiere [Women Who Kill] at home means a lot to me. The city feels like family.”

And maybe it’s this—words like “home” and “family”—that so deeply weaves Tribeca into the fabric of New York City. Tony-winner James Lapine, who wrote and directed the world premiering Custody, put it simply: “Tribeca Film Festival offers New York filmgoers a unique opportunity to see movies that have been made in their own backyard.”

For many Tribeca filmmakers, setting a film in New York is about more than a backdrop; it’s deeply personal. Take Steve Aoki, dance-music superstar and subject of Justin Krook’s documentary debut I’ll Sleep When I’m Dead. “New York represents my dad. The idea of making it in his city was a big conscious goal. The idea of, even though he passed away, ‘I made it in your city,’ ” Mr. Aoki said. “[I’ll Sleep When I’m Dead] is so wrapped around the story of MSG, and New York City, and my dad, that to tie it to Tribeca is the perfect environment.”

Same for director Bart Freundlich, writer and director of the sports-drama Wolves, starring Michael Shannon, whose path to Tribeca started in the 10th grade. “I grew up 10 blocks from the theater where Wolves is debuting,” he said. “I played basketball within a 20-block radius, went to high school 10 blocks away. Tribeca is like the epicenter of where my film was conceived. Where I was conceived.”

That, really, is why it’s hard to pin down what makes the Tribeca Film Festival a New York institution. It’s all of the above. It has, in a way, surpassed the title of New York institution and simply become a stand-in for New York itself. A space where you can bump into a movie star at a coffee shop, while a no-name screenwriter pens an Oscar-winner at a table in the corner. It’s diversity. It’s innovation. It’s a community.

It’s just New York. And whether it’s blowing your mind, pissing you off, or introducing you to your next favorite film, you’re guaranteed one thing: something you have never seen before.

“Tribeca has changed the way the world views movies, not people,” actor Matthew Modine told the Observer via email. “The actual world…It’s f-ing amazing. Who knew?”

Fifteen years ago, Ms. Rosenthal knew not only how badly New York City needed to heal, but how well storytelling—be it film, TV, or VR—would bring the city that never sleeps together for a week every spring. “At the end of the day,” she said, “we’re all storytellers.” 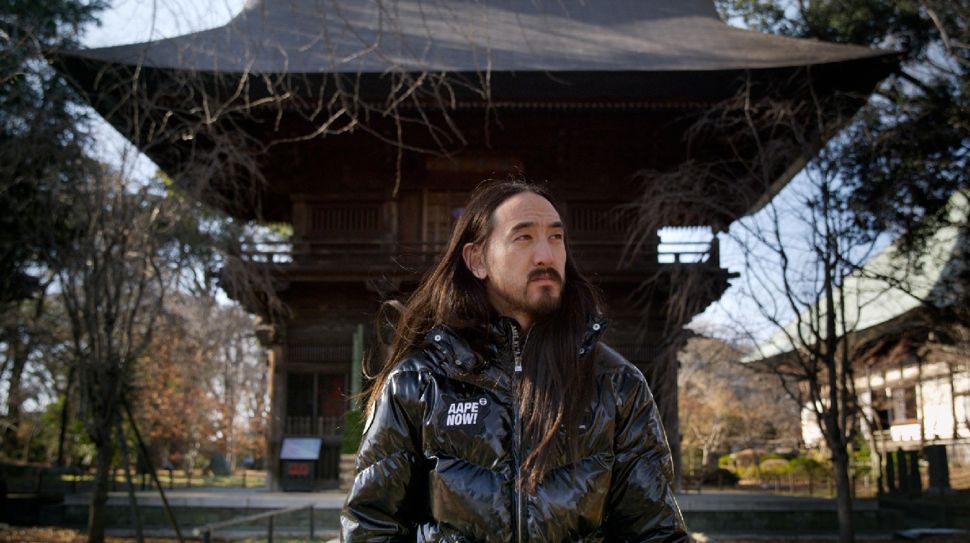