The Avenue Bourguiba in Tunis is a street of contrasts, with hedge-cut ficus trees, florists, cafes and an old Art Deco cinema intermingled with hoops of razor wire that cordon off government buildings. The first government overthrow resulting from the Arab Spring took place here in the capital of Tunisia about five years ago. Citizens from all walks of life—young and old, men and women, secularists and Islamists, members of trade unions and employers unions—all united to oust a repressive government that had not met the needs of its people.

Other Arab countries tossed out long-standing dictators but became mired in civil war (Syria, Libya and Yemen) or fell back after counterrevolution to a regime of the old dictatorship (Egypt). Tunisians, through much difficulty, forged a new path.

The people of Tunisia drafted a new constitution, meant to be a new social contract for its society. The process was not smooth. Negotiations stopped when opposing sides could not reach agreement. But after the country was shaken by a series of political assassinations, Tunisia’s leaders observed the chaos in Libya, Syria and Yemen and decided that, despite their differences, they shared a common need to maintain stability.

Two leaders of Tunisia’s Constituent Assembly, the body that drafted Tunisia’s constitution, spoke with me about how they grappled with three contentious questions: the role of religion in society, women’s rights, and limits on executive power. They purposely used precise language in the constitution to set forth principles for their society. It was a potent reminder of the United States’ constitutional process in 1789, when setting down words defined values for a nation.

Seeing the violence in other Arab Spring countries and feeling the threat of violence at home in Tunisia “brought everyone together with a renewed understanding of the urgency to come to agreement to avoid the violent chaos that was troubling other Arab Spring countries,” said Fadhel Moussa, dean of Faculté des Sciences Juridiques (Tunisia’s law school), the head of the judiciary committee of the Constituent Assembly and member of the secularist bloc.

Meherzia Labidi, vice president of the Constituent Assembly, a member of Ennahda (a moderate Islamist political party that was the majority party in the Constituent Assembly), who at the time the constitution was written held the highest elected office of any Arab woman, said: “All the country was drafting the constitution together at the same time. We had this opportunity to discuss the value of liberty, the meaning of dignity, the meaning of rights.”

The first question centered on the role of religion within the state. Moussa pointed to the provision of the constitution that he thought was most important, Article 2: “Tunisia is a civil state that is based on citizenship, the will of the people, and the supremacy of law.” The phrase “civil state” was meant to represent a state based on citizenship, law and constitution while also proclaiming that the religion and identity of the people of Tunisia is Islam. Tunisians developed their own role of religion within the state, carefully balancing values of citizenship for all with Islamic heritage. Moussa anticipated significant work would be done in Tunisia’s courts in the coming years to determine how these values balanced out. Labidi explained that working together, the leadership of Ennahda made the decision to keep the word “shariah” out of the constitution because they were concerned the word’s association with violent movements elsewhere would divide Tunisians.

Tunisia is fragile. But the country’s success is vital to the long-term stability and societal health of the Middle East.

The second point of contention was whether women should be viewed as “complementary” or “equal” to men. When language about the complementarity of women was proposed, at least 7,000 Tunisians took to the streets in protest. In the end, the constitution declared that women and men have equal rights and duties. In recent history, Tunisia has had some of the most progressive laws related to women’s rights in the Middle East.

The third challenge was how to prevent a return to dictatorship. Tunisia’s constitution places limits on executive power, protects civil liberties and freedom of the press, and guards due process. It is the only constitution in the Middle East to grant “freedom of conscience.” The new constitution included provisions for presidential term limits, elections, a constitutional court with power to impeach, an independent judiciary, and independent constitutional bodies with responsibility for issues such as combatting corruption and human rights.

Based on this new constitution, Tunisians have been participating in the political process, but governance has not been smooth. Tunisia has sent more foreign fighters to ISIS than any other country. Bordering Libya, it risks infiltration from the instability and violent chaos over the border, with a battle on the border at the town of Ben Guerdane in March that killed at least 50 people. Bloody terrorist attacks killed 60 people in 2015, which has also undermined the tourist industry, a bedrock of the economy. Shifting alliances among leading political parties also have made political initiatives inconsistent.

Yet Tunisia has maintained its democratic process. Tunisia has not unraveled into civil war like Syria or Libya. It has not undergone a counter-revolution that returned it to the autocracy of its pre-revolution days, like Egypt has. The World Bank supported Tunisia’s economy with a $5 billion loan in March. The U.S. is helping with border security and several other measures. Negotiations for a free trade agreement between Tunisia and the EU are underway and several European countries are making bilateral contributions.

Tunisia should remain a priority for western diplomatic, security, technical and economic support. Tunisia is fragile. But Tunisia’s success is vital to the long-term stability and societal health of the Middle East. Tunisia is a small country, but one of significance to the development of ideas and models of governance in the Middle East.

Shelly Culbertson is a policy analyst at the nonprofit, nonpartisan RAND Corporation. This commentary is based on research for her book, The Fires of Spring: A Post-Arab Spring Journey Through the Tumultuous New Middle East, which was published April 19. 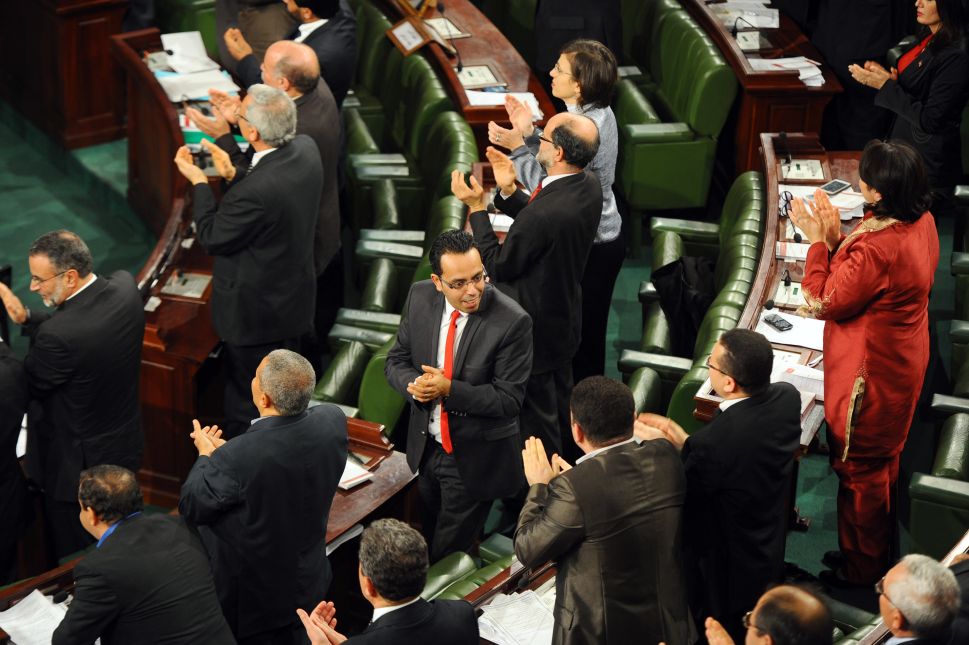