Twenty years ago today, a bright Sunday morning, I walked into a completely deserted newsroom at the World Financial Center and announced aloud to the rows of empty desks that The Wall Street Journal Interactive Edition was now “perpetually open for business.”

The next morning, we were to launch one of the earliest and most ambitious undertakings in the nascent field of Internet news: a global electronic version of the Journal.

This wasn’t a case of simply putting the print newspaper online. We were creating a 24-hours-a-day, seven-days-a-week news service, continuously updated by a dedicated news staff that would also call upon the global reporting teams of the newspaper and the Dow Jones News Service. I was the managing editor—the top newsroom position.

With 20 years of hindsight, it seems as though the future was pre-ordained. I’m here to tell you it was anything but.

The best thing about being a pioneer is there’s no precedent—you get to make stuff up, and much of what we made up 20 years ago has since become accepted practice in the world of digital news. The worst thing is that when disaster strikes, there’s also no precedent for how to recover.

A few minutes after my grandiloquent announcement, the phone rang. It was the computer operations department, headquartered at the Dow Jones campus in South Brunswick, New Jersey, near Princeton, calling to say they were going to perform a routine procedure that would take our servers off line for perhaps 15 minutes.

Instead, the entire system crashed and couldn’t be brought back—and there was no timeline on when or whether we’d be able to publish.

With the eyes of the media and tech worlds on us, we were paralyzed.

Looking back, it’s hard to describe just how much scrutiny we were under. Besides being one of the highest-profile news organizations to fully embrace the Web, WSJ.com represented a bold gamble that people would be willing to pay for quality online content—this at a time when the prevailing mantra, from Internet savants and even many publishers who should have known better, was, “Information wants to be free.”

Now, with the eyes of the media and tech worlds on us, we were paralyzed. Much of the work we had done in advance for the launch had been wiped out, and we sat for agonizing hours with nothing to do.

Meanwhile, Dow Jones technologists fussed over the notorious Global News Management System that had been custom-built by Electronic Data Systems—Ross Perot’s old company, which was then owned by General Motors. GNMS was supposed to eventually handle production duties for all Journal operations; we were the guinea pigs before it was rolled out to the print paper. (Not surprisingly to us, it proved to be a costly debacle that never successfully produced the paper and was quickly junked.)

Finally, enough of the systems came back that we could begin furiously recreating the lost work locally in New York. But we were still unable to get the material onto the servers that would actually publish it to the Web.

Around 4 in the afternoon, I called my wife in New Jersey, asked her to pack an overnight bag for me and summoned a courier service to deliver it to Manhattan, since it was clear I wouldn’t be home that night. I booked a room at the Vista International Hotel, across the street in the World Trade Center.

With the print paper’s early-edition deadline approaching, we decided to pull the article announcing the WSJ.com launch; it was far from clear there would be one.

Finally, in the early evening, word came from South Brunswick: The servers were back on line, setting off a mad scramble among the hardy young WSJ.com news staffers to make up for more than 10 hours of lost time.

Most of that long, long day and night remains a blur. A few things, though, stand out. There was the preternatural calm of Neil Budde, my boss and the leader behind the online Journal, who was scheduled to lead the Monday morning New York press conference introducing WSJ.com—or to explain why it had failed. Ken Burenga, the president and chief operating officer of Dow Jones, stayed with us all night in a quiet show of support I still appreciate.

That evening, in consultation with Paul Steiger, the managing editor of the print Journal, we decided to reinstate the story announcing the launch for the paper’s late edition. But we weren’t out of the woods.

The issue was Europe, where Dow Jones executive Phil Revzin was to hold a morning press conference to introduce the online Journal. Given the time difference, we would be unable to finish populating all the pages by the time he was to speak. So we focused on the ones most relevant to a European audience and gave Phil strict instructions on where to click during his demo—and, most important, where not to.

Finally, after 6 a.m., Neil and I checked into our rooms at the Vista in hopes of catching at least an hour or two of sleep before the New York press conference. I laid down for a few minutes, but the caffeine and adrenaline rush of the night made sleep impossible. I got up, showered, shaved and changed, and headed back across the street. It was, I figure, the world’s most expensive shower.

The press conference was a debacle, but of a more positive type than we had feared. Many of the screens Neil attempted to show the sizable crowd of journalists and DJ executives were blank, with error messages—not because the publishing system was broken, but because our servers were being slammed so hard by users checking out the new offering that even he couldn’t get through.

The rest, as they say, is history. WSJ.com’s paid-content model, widely questioned at the time, helped the Journal weather the seismic changes in the newspaper business, and it remains one of the most successful news sites available. Neil, a genuine visionary in the news industry, is now back home in Louisville, where he is executive editor of The Courier-Journal.

And my rent-a-car profile still bears the notation “will not accept a General Motors car”—my tiny act of protest against the company responsible for that long, wild day and night. Yeah, I can carry a grudge. 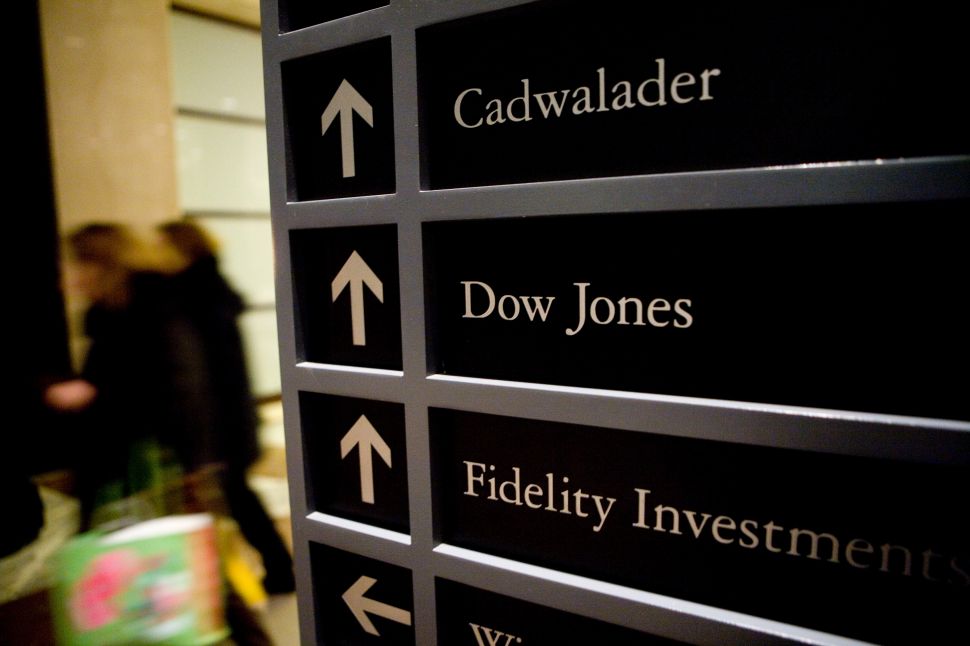