For nearly 15 years, ever since jihadists took down the Twin Towers and killed nearly 3,000 Americans, many have wondered how a bunch of novice terrorists—several of whom could barely fly an airplane, much less a big jetliner—could pull off such complex and audacious attack. What al-Qa’ida termed their ‘Planes Operation’ was meticulously planned prior to execution—but by whom, exactly?

That key question remains partly open, and the American public has never received the full explanation from our government that they deserve. I know what they have not been allowed to see: When 9/11 happened I was a counterintelligence officer with the National Security Agency and part of my purview was looking into state connections to international terrorism. I was one of the few officials in our Intelligence Community seriously looking into al-Qa’ida’s links to foreign intelligence before the Twin Towers fell.

In the months after the attacks, a complex intelligence picture emerged of who secretly aided al-Qa’ida in the run-up to 9/11—large portions of which were kept highly classified. Why they remain classified still is a good question that needs to be asked. Regrettably, the 9/11 Commission, which was established to get to the bottom of that national tragedy, dodged certain key questions—though in fairness to its members the Commission was not allowed to see some important evidence.

For want of a complete explanation, conspiracy theories have proliferated about 9/11, promising the “real” story. Most of this is toxic silliness, with bizarre Internet theorizing by fools and charlatans about how the Twin Towers were “really” destroyed by persons not in al-Qa’ida: Jews, the Pentagon, the Illuminati, or space aliens, depending on your preferred flight of fancy. Such ridiculousness unfortunately obscures the reality that there remain important unanswered questions about the Planes Operation.

Let me state that the job done by the 9/11 Commission was essentially accurate but incomplete. The attacks were the work of al-Qa’ida and their airborne assaults on the Twin Towers and the Pentagon unfolded as the U.S. Government has told you. The backstory they have omitted, however, is vitally important and needs public airing.

This vexing issue is back in the news again thanks to CBS, whose 60 Minutes program reported on the so-called “28 Pages,” the portion of the official report on 9/11 that has been withheld from the public since 2003, through two presidencies. Many former officials, including members of Congress, long demanded Washington release the 28 Pages, to no avail. Presidents Bush and Obama have demurred because those pages reveal some very unflattering things about Saudi Arabia, our longtime ally.

Since the U.S. Government did not do its job, the task of unraveling Iran’s links to 9/11 has fallen to private citizens.

As the 28 Pages make clear, Saudi officials had contacts with some of the 9/11 hijackers that can charitably be termed odd. To any counterintelligence professional, these connections—combined with the fact that 15 of the 19 hijackers were Saudi nationals—raise enormous red flags, particularly because there were visible connections between some of the hijackers and Saudi intelligence agents in the United States.

Just as bad, the U.S. Government, even in highly classified channels, demonstrated a stunning lack of interest in running down possible Saudi connections to the Planes Operation. Nobody really wanted to know what Riyadh’s role might have been. Accepting that a close ally may have had some sort of hand in 9/11 was a possibility seemingly too awful for the George W. Bush White House to contemplate.

Worse, the Bush administration enabled numerous Saudi nationals—including some with worrying connections to the hijackers—to flee the United States after 9/11, preventing any real investigation from taking place. While it is overwrought to present this as a grand conspiracy, as some seek to do, Americans should have questions about what was going on here. At a minimum, the FBI seems to have stonewalled efforts to look into what some of those Saudis were up to in the months before the attacks.

Yet nobody should expect Washington, DC, to come clean about this anytime soon. Almost 15 years later, admitting that two administrations have kept important facts about 9/11 from the public would cause political trauma. Not least because bipartisan refusal to admit the full truth about major terrorist attacks is something of a tradition in our nation’s capital. Additionally, Riyadh has reacted hysterically to recent public comments on the 28 Pages, threatening dire economic pain if Americans start asking pointed questions about any Saudi angle to the Planes Operation. That they have something to hide is painfully obvious.

What exactly Saudi Arabia is hiding, though, may be less nefarious than some suspect. It’s evident that Saudi officials, both from their government and from several jihad-linked “Islamic charities,” provided material assistance to some of the 9/11 hijackers. This was the same template that Riyadh employed for decades—throwing money at radicals and terrorists in the hope they cause trouble outside the Kingdom rather than inside it—right until the Planes Operation exposed how toxic this nefarious Saudi bargain really was.

There is no evidence that Saudi assistance to 9/11 was more than tactical. Based on their usual modus operandi with jihadists, it seems extraordinarily unlikely that Riyadh, per se, had anything to do with the Planes Operation. Low-level support to radicals had been Saudi policy for so long that they may have done so here without pondering consequences. We may never get to the bottom of exactly what Saudi officials were doing in the months before the Twin Towers fell.

This all looks eerily like the murky backstory to the June 28, 1914 Sarajevo assassination that caused World War One. We know Serbian intelligence was behind the attack—it was state-sponsored terrorism—just as we know that Russian intelligence was actually funding the assassination plot. However, over a century later we still don’t know whether the Russian government officially approved that—records, if they ever existed, were long ago destroyed—and it’s certainly possible that eager mid-level Tsarist spies were acting without official go-ahead.

Moreover, focusing solely on Saudi tactical support to the Planes Operation obscures the bigger question of possible strategic support to 9/11. In other words, did any governments secretly aid al-Qa’ida in even more substantial ways than Riyadh did? Regrettably this question was always considered even more off-limits inside the Beltway than talking about Saudi involvement in 9/11—and it still remains explosive today.

That Iran had some sort of hand in the Planes Operation has long been suspected by many insiders. Contrary to what “terrorism experts” may say, Tehran was always willing to aid Sunni extremists like al-Qa’ida, while Osama bin Laden and his ilk were equally willing to accept secret help from the Shia they despise. Iranian intelligence has enjoyed a clandestine relationship with al-Qa’ida going back to the early 1990s, and U.S. intelligence has known of meetings between their leadership and top Tehran spies since 1996.

As I exposed in my 2007 book Unholy Terror, it was this toxic secret brew of Saudi cash and Iranian know-how that enabled al-Qa’ida in the 1990s to transform from a regional terrorist group into a global movement and threat. The real road to 9/11 was paved by Riyadh’s moneymen and Tehran’s spies, who despite their mutual antipathy were both eager to help bin Laden and his movement in their jihad against the West.

Despite these facts, the 9/11 Commission demonstrated little interest in Iranian ties to the Planes Operation. While admitting that several of the hijackers had transited Iran, and that Khalid Sheikh Muhammad, the notorious KSM, the jihadist entrepreneur who came up with the Planes Operation, had stashed his family in Iran for years, it went no further. Why Tehran would want to help Sunni radicals was left essentially unexplored. In particular, the 9/11 Commission punted on the obvious lines of inquiry that such information opened up to anyone with eyes wanting to see, lamely noting that the issue of Iran’s role “requires further investigation by the U.S. Government.”

That additional inquiry never came. In fairness to the 9/11 Commission, they were not allowed to see important information that might have changed their minds. In particular, they did not see NSA signals intelligence that shed significant light on Iran’s clandestine role supporting al-Qa’ida generally and the Planes Operation particularly. SIGINT from NSA makes up the lion’s share of intelligence in our government, and the fact that the 9/11 Commission was never shown the impressive full NSA archive of reports, many highly classified, on the very topic they were investigating seems incomprehensible.

Since the U.S. Government did not do its job, the task of unraveling Iran’s links to 9/11 has fallen to private citizens who have filed suit against Tehran, with some success. At a minimum, they have marshaled impressive evidence that Iran’s secret role was important and something that needs serious examination. Recently a Federal judge agreed, ordering Tehran to pay more than $10.5 billion in damages to the families of 9/11 victims on the basis of Iran’s role in that criminal conspiracy.

Nearly six years ago, I implored our government to at last deal with the knotty issue of foreign ties to 9/11, in particular to release any and all intelligence that bears on this vital question, to no avail. The same questions remain: What foreign governments had any operational impact on 9/11? What was Saudi Arabia’s role? How many hijackers spent time in Iran and what were they doing there? Were any al-Qa’ida officials involved in the Planes Operation, especially KSM, assessed as Iranian agents? What about Imad Mughniyeh, Iran’s arch-terrorist, who before his 2008 death is believed to have enjoyed a close relationship with certain top Sunni jihadists? Did Mughniyeh have anything to do with 9/11?

Answering these questions will finally bring the real backstory of 9/11 into focus. By all means our government ought to release the 28 Pages, the public should demand no less. Yet there is no point in unmasking Saudi Arabia’s role in the murder of nearly 3,000 Americans while ignoring the equally important, and possibly far greater role of Iran behind 9/11. It’s time for the truth to be revealed. The victims and the American public deserve nothing less than the full story of September 11, 2001. 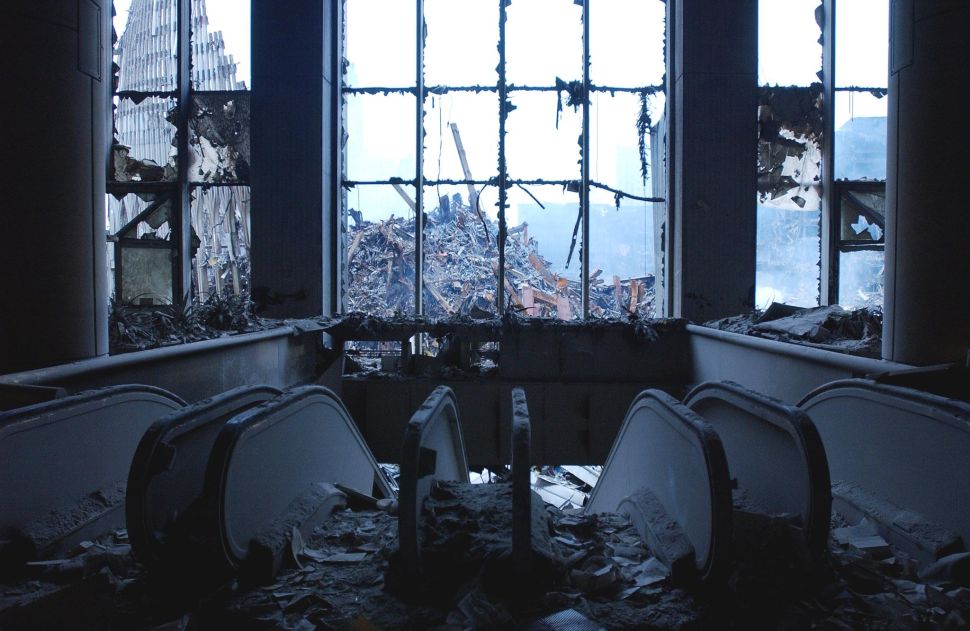