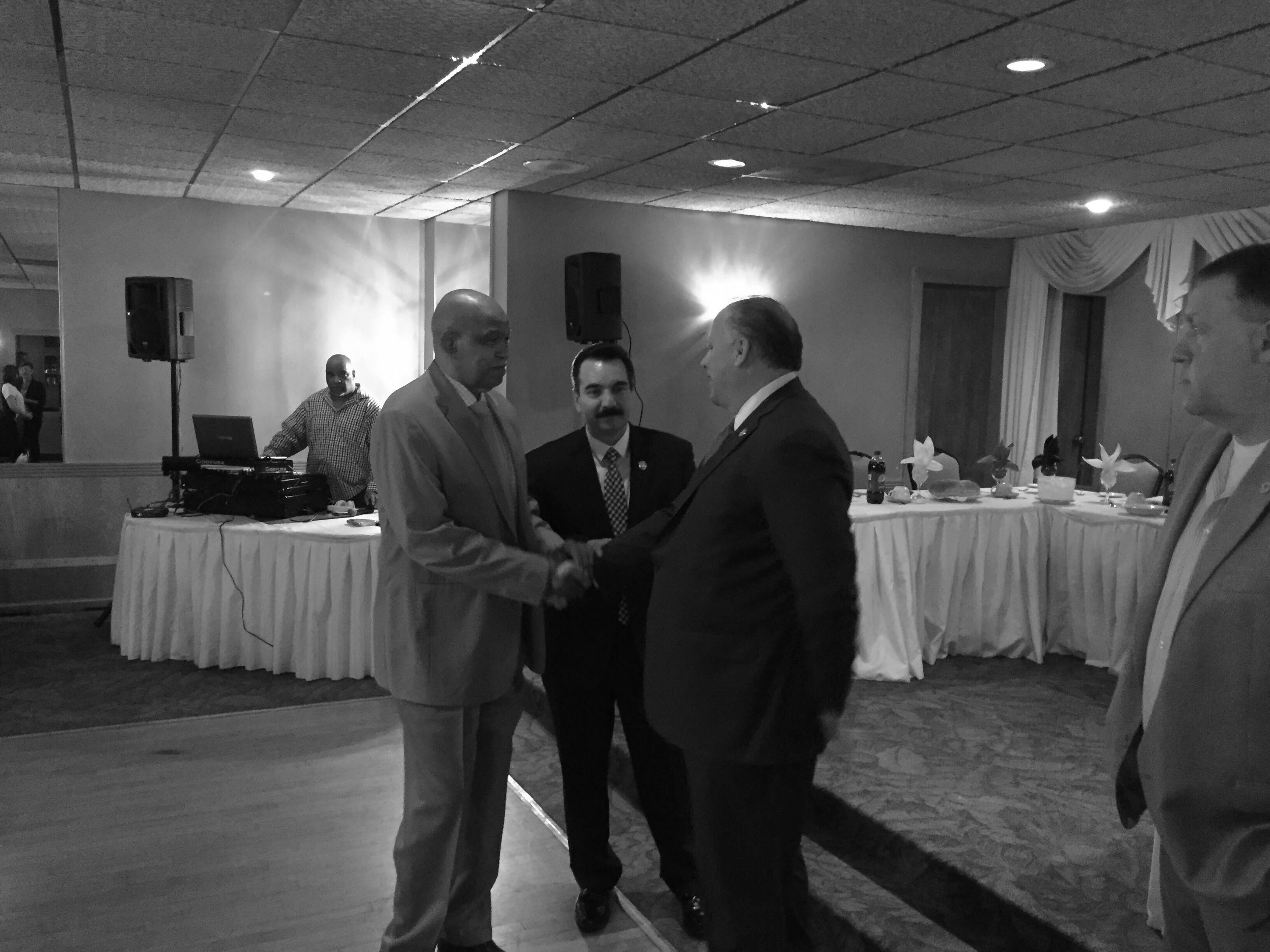 “All right, fellas, I want a good clean fight. I’ll let you know now I’m firm but fair. Let’s get it on!”

We go tonight to Union County, scene of a Democratic Party gala, which one source in attendance described as an approximation of the cantina scene in Star Wars, with Chairman Jerry Green in the coveted Obi Wan role, as retinue after retinue arrived and allowed itself to be swayed by the veteran Jedi master.

Divided by the Atlantic City question, Senate President Steve Sweeney (D-3) and Speaker Vincent Prieto (D-32) occupied the same room, with more than a few players present discussing the real need to clear some tables to make space for what figured to be a Bowe-Holyfield III face-off in the room.
But it turned out to be civil, with all love going to Green and dutifully divided equally between Sweeney and Prieto. Sweeney was there, Former U.S. Ambassador to Germany Phil Murphy showed up, as did Jersey City Mayor Steven Fulop.
In the words of one source, “All kissed the ring of the Democratic chairman.”
A competing event thrown by Elizabeth Mayor Chris Bollwage kept some of the east county players corralled away from Green. The county remains 2017 jump ball territory for Sweeney, Fulop and Murphy, with veteran state Senator Ray Lesniak (D-20) the apparent favorite to secure the line in his home county. But the presence at Green’s gala tonight of the competing threesome of Sweeney, Fulop and Murphy proved the belief of each that he can carve out some support in Union. 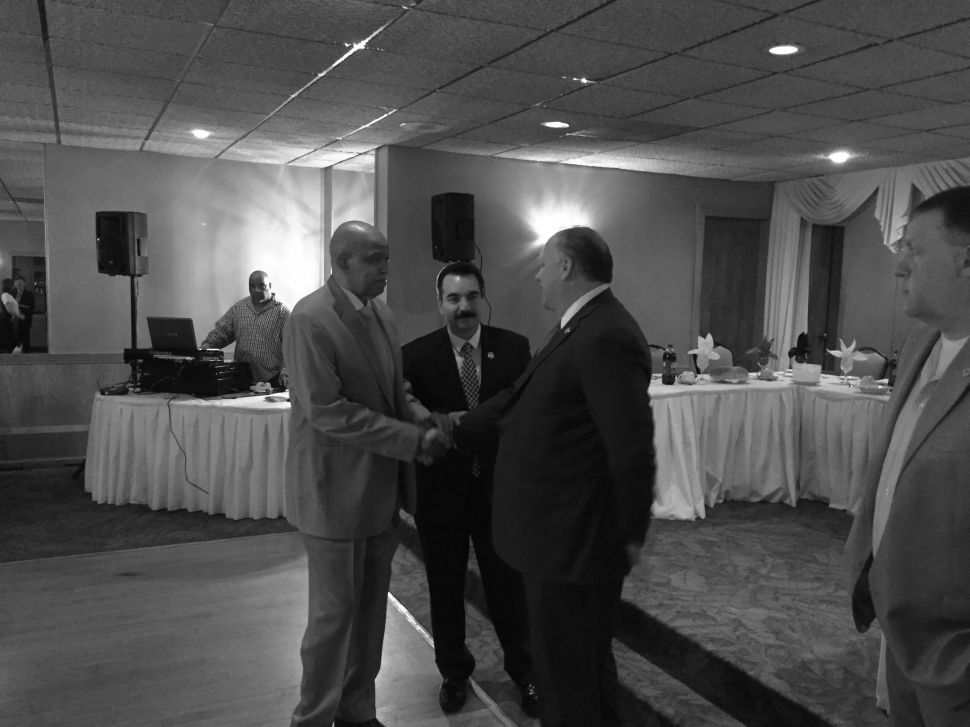