Nothing in recent television history–recent history in general, really–gave me more pure pleasure than watching a goateed Ray Romano bludgeon a character that, quite frankly, I’m just sick of. Not that this show needs another murder, because it can barely handle the one it has, but Vinyl may just have improved if Zak Yankovitch’s elevator beatdown on Richie Sinestra ended in death. If “Rock and Roll Queen” proved one thing it’s this: eliminate Richie, whether it by  Ray Romano’s fury-driven fists or just a simple plot edit, and Vinyl becomes one of the most fun shows on TV.

I mean, Vinyl is still occasionally dumb, constantly grating, and repetitive to all hell. But all that music as magic grandstanding that Richie gives a speech on at least once an episode, that feeling I got from Vinyl‘s earliest episodes? That feeling, at least, permeates every storyline except Richie’s. Maybe that’s Vinyl‘s biggest ironic statement, on music, on business, on life in general: while Richie desperately searches for the “definition” of rock and roll, it’s every single other character hard at work–having threesomes, attending underground dance parties, following a lifelong passion–defining that undefinable through their actions. All Richie has to offer is a lot of big words, screamed as loud and annoyingly as humanly possible.

Like a circle in a spiral
Like a wheel within a wheel
Never ending or beginning
On an ever-spinning reel
-Noel Harrison, “Windmill of Your Mind”

And a long time coming that ass-kicking was. Who is even left for Richie to alienate? Devon is still holed up in a hotel and still obviously better off. Maury Gold is sitting in on American Century pitch meetings now, thanks to Richie, which serves to piss off A) Lester, who sees Maury but feels his throat and musical dreams being crushed at the same time and B) Everyone else, because Maury’s contribution is a 1950’s compilation album. And now Zak, who has stuck by Richie through Bruce Lee-inspired beatings and Bat Mitzvah-ruining blackouts, is out the door.

Which makes it funny, kind of, that the crux of this episode is the one person Richie won’t sell out– Corrado Galasso–at least until Galasso’s name comes up as the one bargaining chip on Richie’s murder-charge table. We end here with Richie telling the police “I’ll take the deal,” and…do we care? More importantly, do we want Richie to get off? I might be on board for a second outing of Vinyl if a jail sentence put Richie on the sidelines for a bit, leaving room for everyone else to have a little fun.

Listen woman you needn’t go to bed with everybody that you meet
Cause everybody thinks you’re a sweet little girl with intelligence in
Your feet
-Mott and the Hoople, “Rock and Roll Queen”

It’s a shame that Vinyl effectively had Juno Temple’s Jamie Vine tread until it was time to Yoko Ono the Nasty Bits, occasionally filling in the backstory with a cliche mother’s acceptance plotline. But here we are, with the threesome scene I’m shocked Vinyl didn’t get to sooner, and it was…super effective? Yeah, definitely. The one problem you can have is that prior to this scene, Kip Stevens gave zero indication he’d be okay with a bandmate joining in on his and Jamie’s private affairs–dude can’t even do a photo shoot without pitching a fit over a wig–but then again we’ve had zero indication over Kip Stevens’ motivations at all beyond a vague “doing this for the music, guv.”

Which is basically the reason characters on Vinyl enjoy the Nasty Bits to begin with. Their music clearly isn’t good, or definitively bad, it just gives you a feeling. Success–in music, in sex–comes with rolling with the feeling and leaving that vague sense of regret until the next morning.

In basically every episode of Vinyl, a character, usually Richie, expounds at length on how music is supposed to make you feel, maaaaan. Which is cool, but the show itself has never articulated that feeling as perfectly as it did with this week’s Clark and Jorge subplot. Against all odds, this duo has, to me, become the heart and soul of Vinyl.

Everything about this short scene, in which the American Century mailroom’s finest tested some dance material at an underground dance party, was perfect; Manu Dibango’s oft-sampled Soul Makossa as the soundtrack, DJ Kool Herc not saying a word as he switched tracks, and Jack Quaid’s “I don’t fucking know” when the music failed to connect. And then, slowly but surely, it does, and the crowd moves and you feel it just as much as those on the dancefloor. It’s undeniable, and may just be the series’ first “real” moment. With that one scene Vinyl finally, finally proved its thesis, the one it spends more time screaming in your face than it does showing to you. That in the end, after the drug binges, late nights, ill-advised threesomes, and broken homes, there are times when a few notes and a bassline can be the greatest fucking thing in the world. 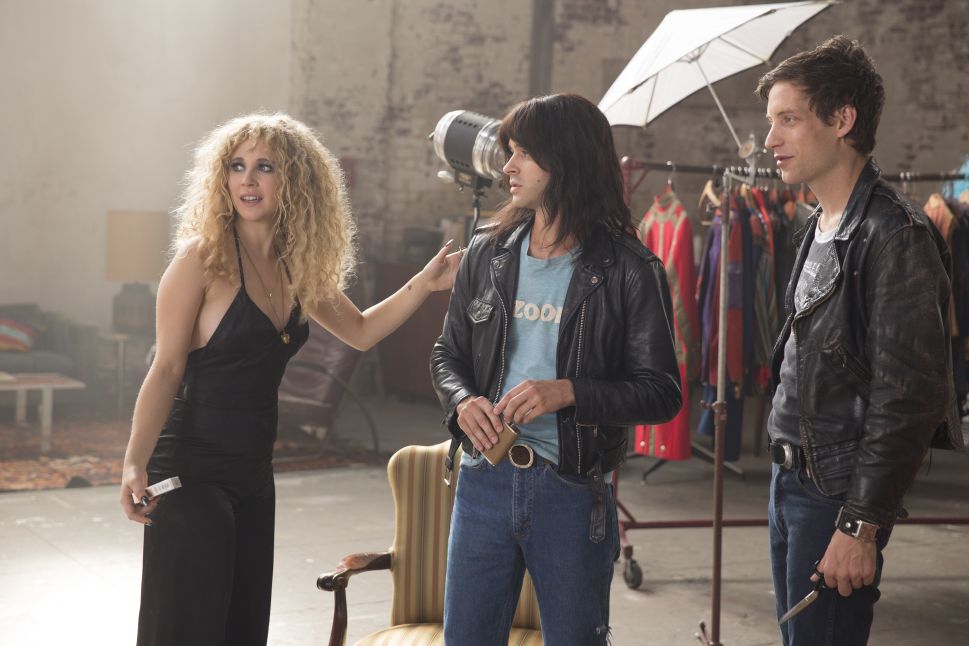