The ball was well struck. The next sound I heard was the swoosh of the net. I’ve been playing soccer all my life, but never on a pitch like this one: a sparse patch of grass in the middle of Zaatari, Jordan, the world’s third largest refugee camp. Over 40,000 children now call it ‘home.’ My teammates—orphans, survivors of Sarin gas attacks by the Assad regime, and kids who had lost everything—were hundreds of miles from home, and both sides were playing on ‘the road.’ I traveled to the camp with UNICEF, on whose board I sit. Seeing the organization’s work with children and grappling with the shape and scale of the Syrian refugee crisis first-hand and up close added a human face to a tragedy often thought of in abstract terms. An entire network of refugee camps is bursting at the seams, and while the rhythms of normalcy are admirably sustained, finding a solution is urgent for these driven, ambitious youngsters.

Since my return home from Jordan, I’ve read countless think pieces about the bloodletting in Syria (more than 470,000 have been killed so far, and millions have been displaced, according to UNICEF) and the refugee crisis reshaping the region and the world. From German policy to a potential Brexit and our own presidential election, this refugee crisis is a 21st century global event. At such a consequential moment, we need to scour the globe for the best practices, and values that can enable the kids of Syria and so many other troubled places to lead secure, productive, and fulfilled lives and enhance opportunity.

They often lived in periphery towns, took low paying jobs, and for a long time lacked a robust political voice.

One example that can advance this conversation by virtue of its deep, nearly unparalleled experience at absorbing refugees is Israel. Both necessity and ideology have placed welcoming and integrating immigrants at the heart of Israel’s national ethos. Israel is known as a high-tech hub, and innovation is among its most exported industries, but perhaps its greatest ‘technology’ is its unparalleled success at absorbing refugees, born of difficult experience and consistent commitment. Israel, which more than doubled its population in the first decade of its existence and permanently changed its national complexion by admitting Jews from Minsk to Morocco, is a vital example for today’s crisis.

Among these refugees were my father’s family, Polish and Austrian Jews who fled Hitler’s hell. They streamed in from the Displaced Persons camps of Eastern Europe, the original pre-war hotbed of Zionism, but also from Arab and North African countries. In the early 1940’s, there were a million Jews living throughout the Middle East, in Aden, Aleppo, Baghdad, Cairo and countless other cities, large and small. Nearly all of them were forcibly displaced in the years following Israel’s founding in 1948. Among them were my mother and her family, hailing from Benghazi, Libya. They became academics at Johns Hopkins, Brandeis University, and Ben Gurion University and lived full, rich lives. At a time when families and children are once again fleeing the Middle East with nothing but the clothes on their backs, the echoes to the current moment are painful.

These initial waves of immigrants were in turn succeeded by massive influxes of refugees and immigrants from Ethiopia and the former USSR. Today, the numbers of Jews from France and the Ukraine landing at Ben-Gurion Airport continue to rise. The absorption of so many people, into such a new country, was not easy. It was fraught with difficulty, prejudice, and cultural friction. As a tiny country committed to democracy yet with a distinctive national culture, Israel is both founded on immigration and has endeavored to cope with challenging movements of people, including Palestinian and African refugees.

In particular, this record of absorptions suggests that long-term, the key to success is maintaining a two way street. Refugees had to do difficult things to fit in to Israeli society, changing their occupations, languages, and sometimes even the nature of their families. They often lived in periphery towns, took low paying jobs, and for a long time lacked a robust political voice. Nevertheless, over time they have contributed to Israel uniquely and irrevocably, from politics to pop culture. Israel, like America, is inconceivable without this diversely peopled mosaic.

Israel’s example illustrates that our approach to the current refugee crisis cannot only be a matter of numbers, quotas, and background checks. We have to consider our basic values; how we weigh the local and the global, and how far the radius of our compassion and obligation extends. As a new Middle East emerges, it would be extraordinarily hopeful for a painful past to serve as a prologue of possibility. We must maintain a posture that is both proud of our values and inclusive regarding our community. Perhaps the most difficult kind of accounting revolves not around budgets but relates to the almost impossible equipoise between cultures that is likely to ensue from profound demographic change. Both the American and Israeli examples show, however, that there is enormous payoff in the long run for farsighted policy and principles.

The children I met at Zaatari were among the most precarious of those affected by the current tragedy in Syria. My time visiting their homes and their classrooms convinced me that their future is inextricable from our own. The world we hope to leave our children is dependent on how well we plan and provide for these children.

Aryeh B. Bourkoff is Founder and CEO of LionTree, an independent investment and merchant bank focused on the technology, media, telecommunications and consumer related industries.

Ari R. Hoffman is a doctoral candidate in English Literature at Harvard University. 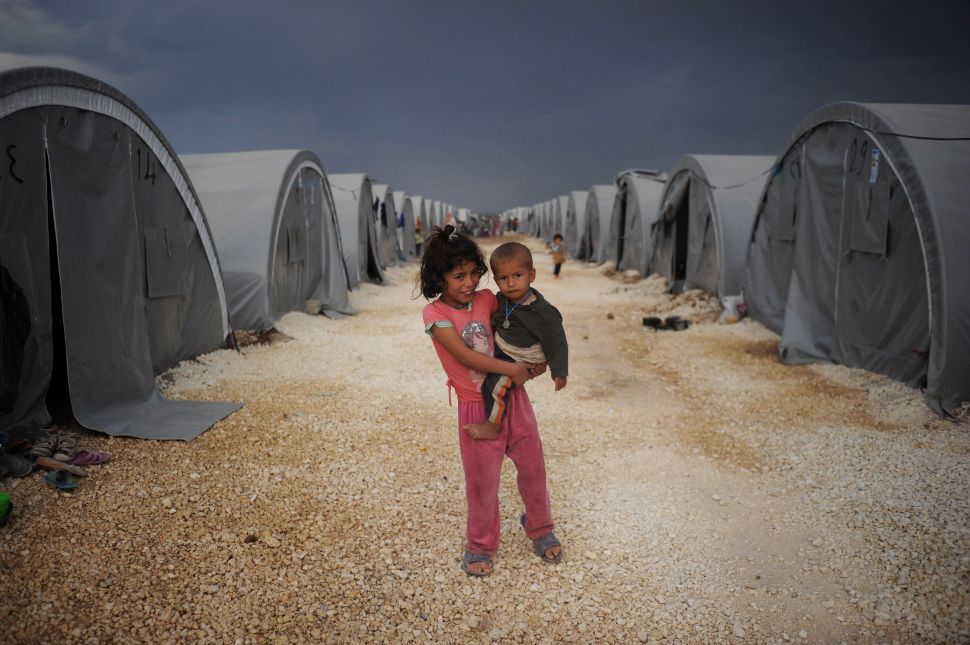