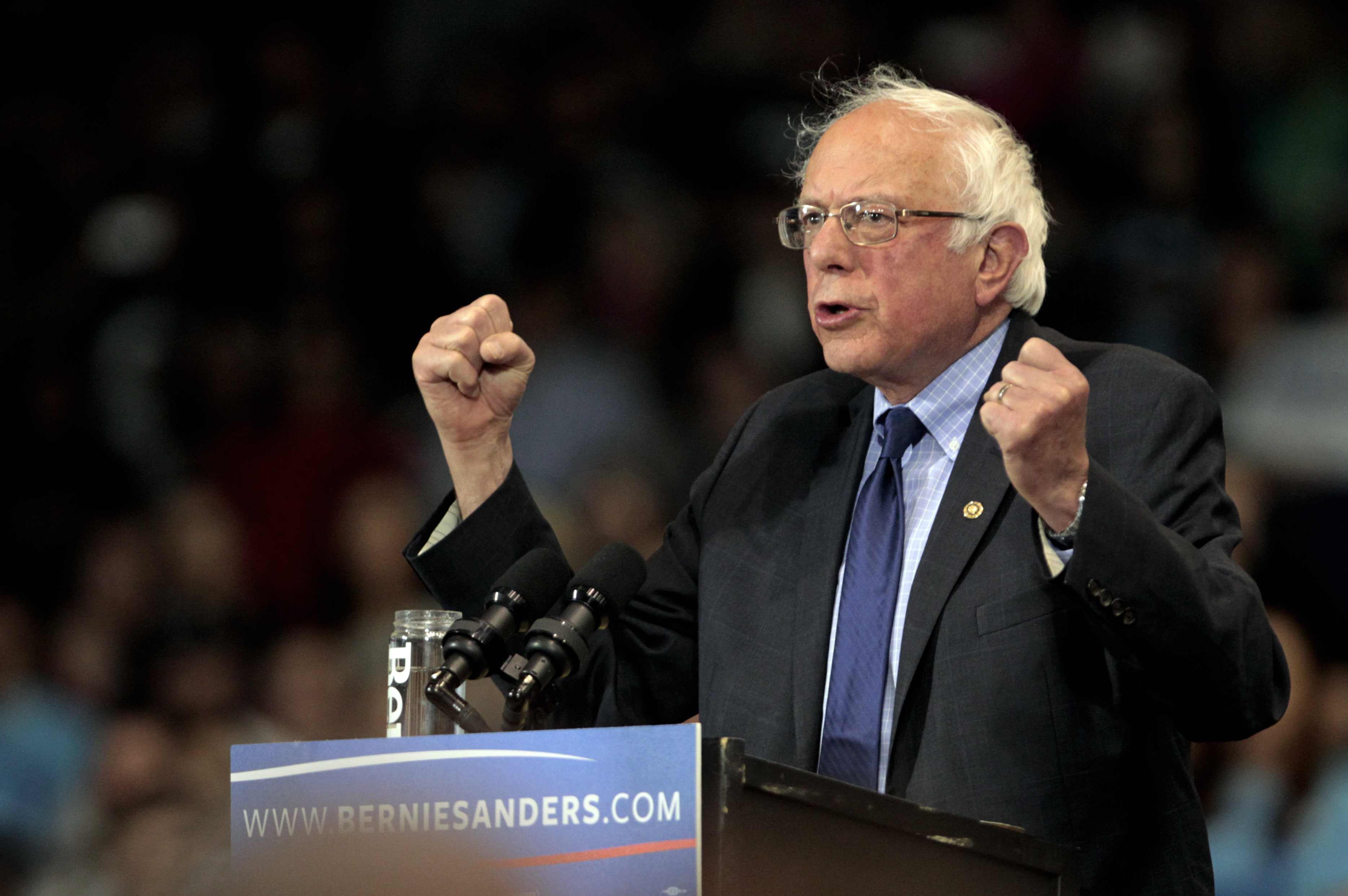 And yet: according to the summary of polling on Real Clear Politics, Mr. Sanders leads Donald Trump by 15 percent, leads Ted Cruz by 12 percent, and runs well ahead of Hillary Clinton in match-up polling against them.

And yet: Mr. Sanders and his devoted and idealistic supporters have smashed all quarterly fundraising records in the history of presidential politics not through a giant super PAC, and not through $35,000 a plate dinners for super-wealthy donors, but through a noble army of high patriots and small donors averaging $27 per contribution.

Consider the irony that in a political system whose most powerful insiders measure success in politics by strong ratings in polls and highest yields in campaign fundraising it is Mr. Sanders, not his Democratic or Republican opponents, who leads the league.

If one were to read a political analysis of data I presented above—not knowing the names of the candidates attached to the achievements—one would think it is a sure thing that the candidate who runs first in general election match-up polling, favorable ratings for candidates and fundraising success in campaigns would be nominated by his party and elected president in November, right?

Looking at the state of affairs in American politics, and considering the machinations of the Democratic Party battle for the nomination, a pessimist and an optimist would view these events from diametrically opposite perspectives.

The pessimist would quote President Kennedy, as I often do, who famously said “life is unfair.”

It is true that in politics and business the deck is stacked, the bid is rigged, and the game is unfair.

Power is concentrated in the hands of political, financial and media establishments, insiders and elites who will clutch their power with an iron grip until it is taken out of their cold dead hands.

The optimist would take an entirely different view, a view I ultimately hold—and I would urge the supporters of Mr. Sanders, especially his young supporters who will own the future of America sooner than they realize today, to consider the following:

For more than half of the life of the United States of America women were not even allowed to vote.

When I first entered politics during the Kennedy era of the 1960’s blacks were beaten, whipped and murdered for seeking the right to share a lunch counter and restroom and for seeking the right to vote and for dreaming that America would someday become a nation of “equal justice under law.” When I was a boy riding a bicycle with a Robert Kennedy for president bumper sticker it would have been unimaginable to believe that a black, woman or Hispanic could become the leader of our country!

True change comes hard. In our country and across the globe men and women have died in the pursuit of changing nations and the world and in our country not long ago good people died for championing the simple cause of voting rights—a right that remains under attack today.

The young people who support Mr. Sanders and the causes he promotes with such integrity are the heirs to the suffragettes who climbed mountains to achieve the right to vote for women, and the heirs to civil rights workers who were murdered at a time—not that long ago—when they would not have dared to dream that a black could become president of the United States and commander in chief of the military.

Consider this: if any Democrat is elected president in 2016 that Democrat will almost certainly name at least one Supreme Court justice—and probably more than one—who will turn the currently conservative court into a bastion of progressive legal ideals that could last a generation.

And the next court, with a new Democratic president, will overturn the Citizens United decision that has so corrupted our democracy.

To give just one example of a dream of the Sanders revolution that could be realized potentially within one year of today, in a post-Citizens United world the small donors who gave $27 to the Sanders campaign will be among the most powerful and courted citizens of the nation!

The young people who support the candidacy of Mr. Sanders today will be at the center of the political establishment tomorrow, potentially within a year as their small donations become dominant in our post-Citizens United world. Their hopes, their dreams, their vision, their idealism—which I support with every bone in my body—will be on the march to become the law of the land.

What Ms. Clinton can learn from Mr. Sanders is that the power of good people pursuing big dreams is ultimately stronger than the power of the cold dying hand of an establishment that most Americans have come to conclude is corrupt and not worthy of their support.

What Ms. Clinton can learn from Mr. Sanders is that the reason Mr. Sanders defeats all Republicans by such large margins in match-up polls is that the American people want the nation to move in the direction he charts more than any other candidate.

What Ms. Clinton can learn from Mr. Sanders is that the reason his ratings for authenticity and integrity are so much higher than hers, and so much higher than any GOP opponent is that he says what he believes, sticks to his convictions with the tenacity of sincerity, and treats politics as a means of lifting other people and not seeking power, wealth or prestige for himself.

What Ms. Clinton can learn from Mr. Sanders is proven by the data of public opinion polling and the dollars in the bank of campaign accounts that are brought by a reputation for authenticity, integrity and honesty that all of the wisdom of the establishment and all of the clever moves by campaign consultants and all of the gold in Fort Knox cannot buy. 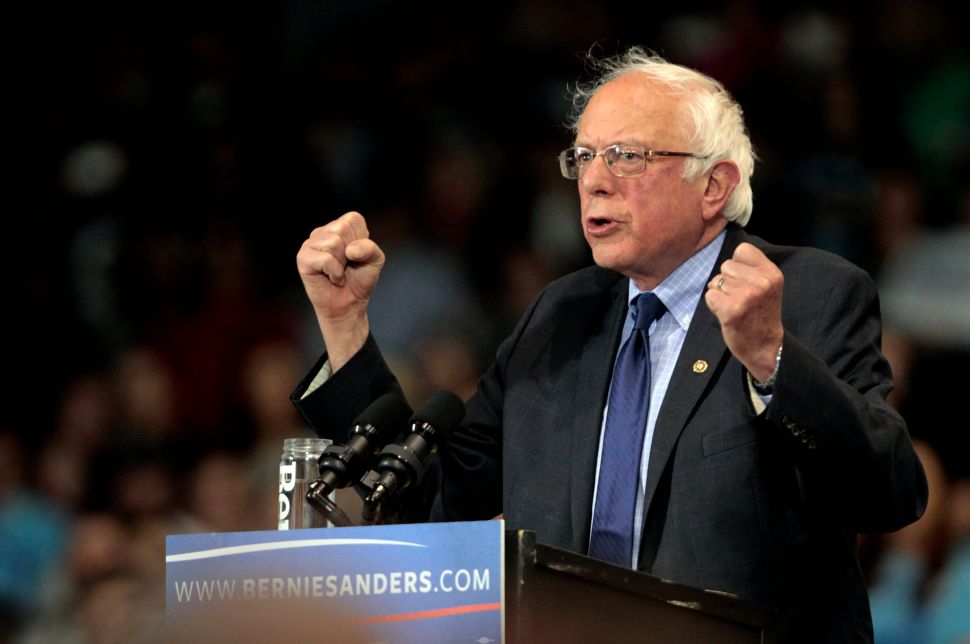