A not-insignificant chunk of Vinyl’s narrative revolves around how the Nasty Bitz are going to revive America Century, save music from the filigreed indulgences of the mid-1970s, and rescue Tom Carvel’s granddaughter from the clutches of the Symbionese Liberation Army (that last one isn’t quite accurate, though it would make for a goddamn nice plot twist).

The Nasty Bitz had a “eureka” moment toward the end of Episode 8 and revealed the brilliant, generation-defining song we were all waiting for, their equivalent to “Anarchy in the U.K.” and “Blitzkrieg Bop”…

…and it was a pallid rewrite of “Radar Love.”

Seriously, didn’t someone in the freaking Vinyl office meekly raise one hand, wave their fingers apologetically, and say, “Hey, listen…that song…uh…it sounds a lot like ‘Radar Love,’ I mean…a lot, and ‘Radar Love’ wasn’t exactly a game-changing call to arms. I say this with respect, because you guys are busy an’ everything, but if we are going to rip something off, couldn’t we at least make it sound like something people might actually get excited about, and, uh, something that doesn’t sound pretty much exactly like ‘Radar Love’? Like, there’s a whole pile of Sham 69 songs we could probably rewrite, do you want me to make a disc and send it to the guys in charge of the Nasty Bitz, or are they too busy getting excited that Kid Rock is inducting Cheap Trick into the Rock’n’Roll Hall of Fame? ‘Cos, man, that’s the level they’re operating on. And, by the way, we need more pods for the Keurig machine. Just thought I’d mention that, as long as my hand is raised.”

Vinyl is an excellent show, but the lack of plausibility and reality surrounding the whole Nasty Bitz thing is an enormous, retching, wrenching, suppurating suckhole on the whole program’s credibility. It’s as if 90 percent of the show is operating at the level of The Sopranos, and 10 percent is working on the level of Caveman (that very, very short-lived sitcom based on the “Caveman” characters from last decade’s Geico TV ads—yes, that actually existed).

I’ll put it another way: If someone from Vinyl wants us to buy into the legitimacy of the Nasty Bitz, I’ll be happy to have a deep discussion with them about whether Jeremy Gelbwalks was a better drummer than Brian Foster.

Having said that, yes, Bob Marley and the Wailers actually did play Max’s Kansas City on July 21, 1973 (I like it when we can actually date when an episode occurs). Amazingly, they were opening for Bruce Springsteen. Yes, seriously (interesting that Vinyl didn’t work that in).

By the way, the next week both Iggy Pop and the shattering, stunning, hysterically original Tim Buckley played Max’s, so it was a helluva week or two down there on Park Avenue South. I’ll note this, though: Springsteen and the Wailers played upstairs at Max’s, whereas the venue as seen in Vinyl is clearly modeled after the downstairs room. I consider this, however, a very minor complaint, and I’ll forgive a lot, considering the rather surprising appearance of “Do It” by the mega-obscure proto-punk band The Pink Fairies in Episode 7 (something I forgot to mention last week). Oh, and the timing about May Pang and John Lennon actually attending the July 21, 1973 show is (slightly) iffy, but possible.

One more note on Episode 8. The New York Times, whose art section occasionally interrupts their coverage of Kanye, Beyonce, Alan Cummings and American Psycho to recap episodes of Vinyl, printed this yesterday:

“…Zak continues his pursuit of the angel-voiced Gary, the singer at his daugher’s bat mitzvah: he wants to rebrand him in a Bowie mode and call him ‘Xavier.’ ”

First of all, The New York Times, it’s “daughter,” not “daugher”—c’mon, guys, start paying some proofreaders and copy editors instead of just handing over the job to interns from SUNY Plattsburgh; secondly, in the last few years the Times has proven over and over again that their once-mighty music and cultural coverage has been handed over to people who seemingly make wild guesses about music history while waiting at the Bedford Avenue subway stop for the L train to show up; this is evidenced in the quote above.

Dear New York Times: The Gary character (and his forthcoming transformation) has nothing to do with Bowie; rather, he is based, rather obviously, on the remarkable Bruce Wayne Campbell, the eccentric pianist/vocalist who impresario Jerry Brandt remade into Jobriath, a hyper-gay glitter-age spaceman who emerged in 1973 in an almost unprecedented burst of media promotion.

Probable spoiler alert: This doesn’t bode well for Zak. The Jobriath episode ended very badly, and although in commercial terms he was a catastrophic, almost historic failure, Campbell/Jobriath (who died in 1983) is fondly remembered as the first openly gay (almost) pop star, a partial model for the Brian Slade character in Velvet Goldmine, and a hero to Morrissey, who oversaw the release of some of Jobriath’s music.

So, yeah, Gary is Jobriath. Douglas Smith, the actor who plays Gary, even quite resembles him. 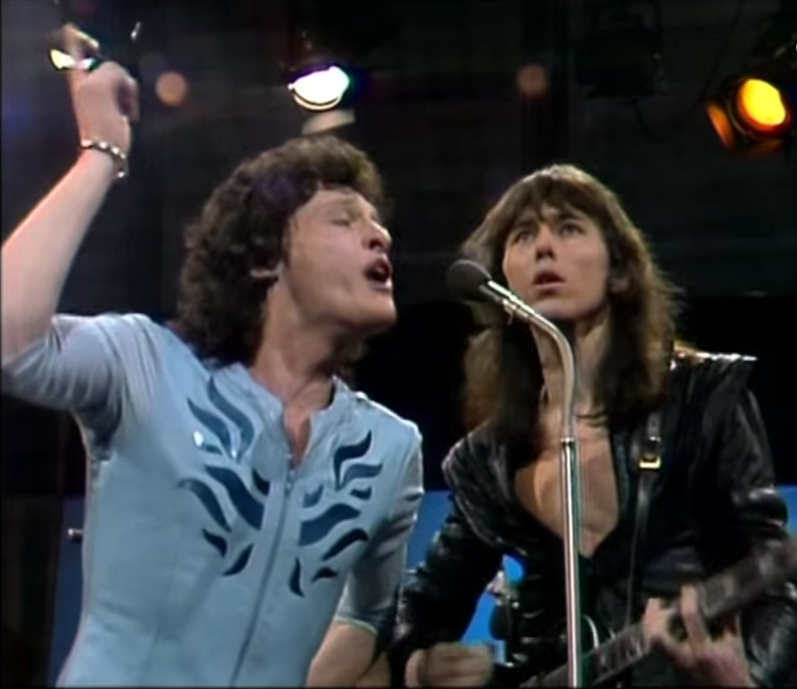