In 1973, Merle Haggard, who died this week at age 79, came to sing at the Nixon White House. Mr. Haggard was not there because Richard Nixon was a country music fan—far from it. He came on the basis on the song for which he is best-known—Okie from Muskogie—which the Nixon team saw as an expression of frustration from the so-called silent majority. Mr. Haggard’s event was an attempt by the Nixon team to capitalize on frustration with the pro-drug, anti-Vietnam and anti-establishment counterculture of the early 1970s.

Mr. Haggard, a hard scrabble sort who had served time in prison for burglary, came up with the idea for Okie from Muskogie while on tour with his band. Their bus passed a sign for Muskogee, and someone on the bus said, “I bet they don’t smoke marijuana in Muskogee.” Mr. Haggard found the observation amusing, and started coming up with a list of other things that the Okie would not do. What began as a joke quickly turned into a huge hit, as Mr. Haggard and his band recognized that they had tapped into a powerful anti-counterculture sentiment.

The song made Mr. Haggard into a star, but it fit into Mr. Nixon’s political plans as well. Mr. Haggard came to the White House for Pat Nixon’s birthday, and Mr. Nixon spoke before the band played, recounting that he had indeed been to Muskogee, Oklahoma for a 1952 rally on behalf of the Eisenhower-Nixon ticket. He warned the crowd that “we can’t offer you moonshine… but there is California champagne, so watch out for that.” Unfortunately, the crowd did not seem to respond to the band as Mr. Haggard would have liked. He later observed that the audience sat there “like a bunch of department store mannequins.” Overall, he felt Mr. Nixon “clearly hadn’t hung out at the same places I did.”

Nixon Chief of Staff H.R. Haldeman largely agreed with Mr. Haggard’s assessment. He wrote in his diary after the “Evening with Merle Haggard” at the White House that “The ‘Evening’ was pretty much a flop because the audience had no appreciation for country/western music and there wasn’t much rapport, except when Haggard did his ‘Okie from Muskogee’… which everybody responded to very favorably, of course.” The problem, as the Haldeman entry suggests, is that the decidedly non-redneck White House guests may have shared certain political sentiments with Mr. Haggard and other country music fans, but this did not mean they shared musical tastes. Both groups could agree they were pro-flag and anti-draft dodger, but they were still coming from different cultural places when it came to music.

Despite the evening’s flatness, the Nixon White House remained interested in country music and the messages it communicated to the American people. On March 16, 1974, he went down to the Grand Ole Opry in Nashville, where he gave a speech extolling the down home virtues of country music. At his speech, Mr. Nixon said that: [C]ountry music is American. He added that it “isn’t something that we learned from some other nation, it isn’t something that we inherited.” In fact, he observed, “It’s as native as anything American we could find.” Mr. Nixon’s favorite parts of country music, according to the speech, were its love of America and of religion, two loves that appeared to be in short supply among the countercultural left. He also tried to highlight country music’s appeal beyond the American South, denying that Country was a regional art form, and explaining that it stemmed from “the heart of America, because this is the heart of America, out here in Middle America.”

These sentiments represented a coming of age of country music. It was no longer, as music historian  wrote, “throwaway music packaged by northern record companies for the poor southern whites near the bottom of America’s social hierarchy.” Mr. Nixon’s appearance at the Grand Ole Opry signaled that Country Music mattered, and that even the president of the United States acknowledged its importance. Mr. Haggard’s appearance at the White House may not have been his best performance, but it had the longest lasting impact. He will be missed. 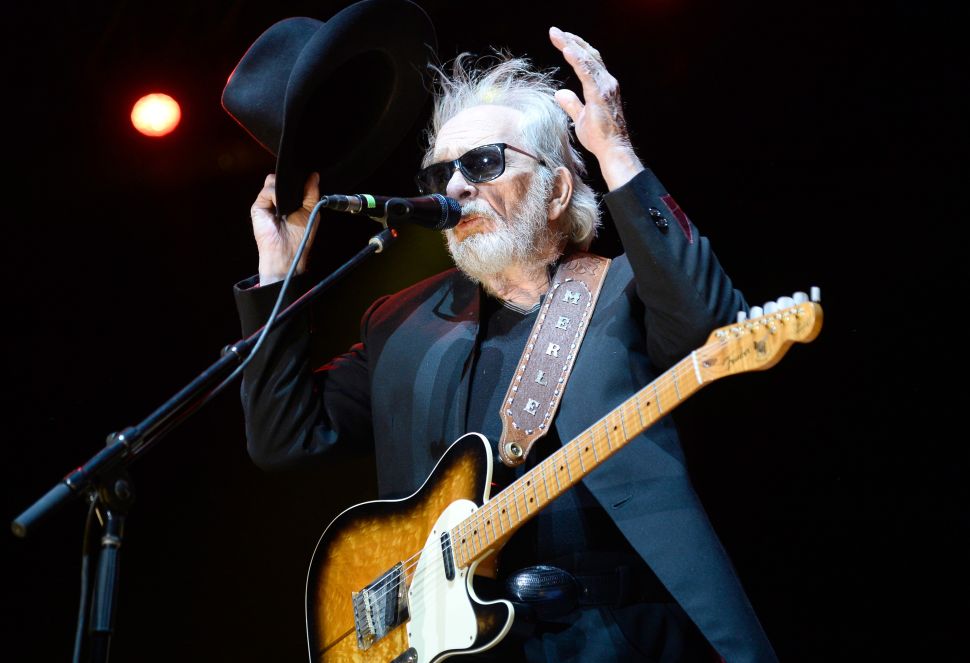