Art should be ennobling, or give us pleasure, or (in Picasso’s words) wash “the dust of daily life off our souls.” But sometimes art makes people nervous and worried. Not necessarily because of the content but because it needs to be protected, conserved and insured—and all those things cost money.

The New York-based National Press Club had such a work of art, a 1946 painting by Norman Rockwell titled “Norman Rockwell Visits a Country Editor,” that had been used for the cover of the Saturday Evening Post. Rockwell had made a gift of the painting to the Club in the early 1960s, when there was limited value to his paintings. For much of the intervening years, the work had hung unguarded on a wall there as the market for Rockwell original paintings was skyrocketing. Aware of the situation, the Club took out a fine art insurance policy on it, whose premiums rose with the market, and by 2015 the painting’s appraised value had reached $10-15 million, resulting in annual premiums of over $10,000.

“The National Press Club isn’t a museum like the Smithsonian,” said John Hughes, president of the Club at the time and now an editor at Bloomberg News. “We’re not set up to handle works of art that are valuable, and the costs of insurance and keeping this one painting safe, since we don’t have guards here, would drain our resources from our core mission.”

So, the Club decided to sell it last November at Christie’s, where the work went for $11.5 million, filling the organization’s coffers and easing a variety of worries.

Probably, many private owners of art know that feeling.

An art owner’s responsibilities rise with the price of art, and insurance premiums—costing 8-12¢ per $100 in the appraised value (say, $1,000 per $1 million)—are only the beginning of what might need to be spent. Let’s start with the more expensive security technology: motion-detection sensors in the room where valuable artworks are displayed; intrusion-detection systems for all points of entry and exit of the house (doors, windows, hatchways, chimneys, air-conditioning units); alarm systems attached to the artworks themselves that send out a signal to staff or a security company if objects are moved; activated motion video camera surveillance of the outside property (again alerting security of a trespasser); thicker and more heavily anchored locks and striker plates on the doors, not to speak of the logistical pain of establishing protocols for inventorying art objects, turning on security systems and identifying everyone who enters the house. Add to this the quite variable costs of (re)framing, conservation and installing temperature and humidity controls. And of course, there are optional but wise precautions: DNA threads woven into the backs of paintings that help in the process of identification.

The cost of all this may easily reach $25,000 to $50,000, according to Robert Wittman, an art security and recovery consultant in Chester Heights, Pa., who had headed the FBI’s National Art Crime Team until his retirement in 2008. “For a large house with a lot of acreage around it, you can spend considerably more.”

According to Dorit Straus, a private art and insurance consultant, owners of expensive art “do have to revolve their lives around their art collections. They have to think, Do people know I have this? Am I a potential target? Did I remember to turn on my security alarms? Some people don’t want all those worries.”

There are some hacks that can keep the cost of holding an increasinly valuable art work at bay. For security worries, a growing number of collectors place objects in fine art storage facilities, which have heat, humidity and ventilation controls, as well as increased security. (Fine art storage facilities in Manhattan generally charge in excess of $200 per month for the first five square feet and some negotiable amount for every square foot after that.) Art is the gift that keeps getting paid for.

‘The costs of insurance and keeping this one painting safe, since we don’t have guards here, would drain our resources.’

And it can be hard to predict or plan for increases in value. A big publicly announced sale, at auction or otherwise, tends to shake up an artist’s market and may be hard to be financially ready for.

In 2015, Gauguin’s painting of two Tahitian women Nafea Faa Ipoipo? (When Will You Marry?) was sold privately for a reported $300 million, while Picasso’s Women of Algiers (Version O) brought $179.3 million at Christie’s and Modigliani’s Nu Couche earned $170.4 million at Christie’s. If you owned a Gauguin or Modigliani of almost any type, it’s safe to assume that what’s hanging on your wall is worth more now.

“We regularly track sales and contact clients when they have an artwork that may have just increased in value so they might increase their insurance coverage,” said Elizabeth von Habsburg, managing director of the art advisory firm Winston Art Group. At times, the Winston Art Group helps collectors sell pieces, sometimes because of those new, higher prices.

It’s a good problem to have, of course—a suddenly much more valuable work. But for the cash-poor or illiquid art enthusiast, it can mean the collector must suddenly ponder a sale, because, if nothing else, it’s not smart to have so little diversification in a portfolio.

“Our clients’ art asset portfolios have so outpaced their other asset classes in growth that their asset allocations are out of balance,” Ms. Von Habsburg said. “Therefore, they are selling some art and reinvesting in other assets for a more reasonable asset allocation. One client had a Warhol work on canvas that they purchased in the early 1980s for just over $1 million and that he decided to sell in the last few years when the value reached over $30 million.”

Getting rid of art takes several forms—gifts (to children or grandchildren), donations (to nonprofit institutions), private and public sales—and tends to solve specific problems, such as debt, death, impending death or divorce (the D’s that augur a pricey art sale).

And half the battle is psychological, said American art dealer Debra Force, a frequent expert for the television program Antiques Roadshow. Two years ago in Albuquerque, N.M., she assessed a painting by the artist Jane Peterson that a local resident had brought in, estimating the artwork to be worth approximately $350,000. Not long after the program was taped, the painting owner contacted Ms. Force at her New York gallery, wanting to consign the work for sale. “Once the person found it that it is so valuable, she didn’t want it anymore,” Ms. Force said. “It was more expensive than anything else she had in her house, and having it made her nervous.” 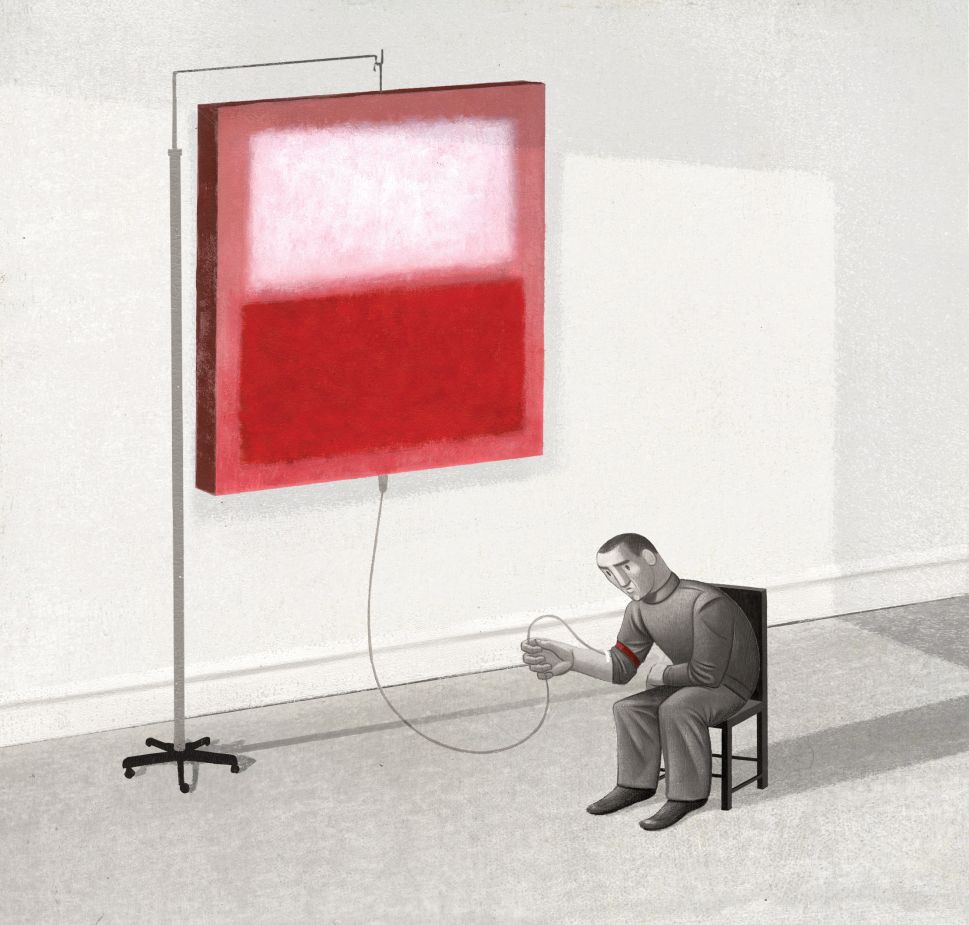