Bernie Sanders is the gold standard in presidential politics on matters of economic equality, social justice, combatting poverty and human rights that Pope Francis has placed before the world and at the center of his papacy.

In politics some things are more important than others whether or not they dominate the shallow and sensationalist coverage of the political media.

In the current presidential campaign three things stand out as among the most important.

First, Mr. Sanders has made the centerpiece of his campaign many of the same issues of economic and social justice that Francis has placed at the center of his papacy. If one could translate the teachings of the pope to the platform of an American political leader they would look very similar to the proposals and speeches of Mr. Sanders.

Second, the American people have responded to the Sanders campaign with a gigantic and historic surge of small donations, with ratings for integrity and trust that stand head and shoulders above those for any other candidate in either major party, and with poll numbers for general election match-ups that show Mr. Sanders in a stronger position than any other Democrat or Republican in the race.

And third the stage is now set, with the world-wide popularity of Francis and the game-changing agenda of Mr. Sanders, for a decisive progressive populist answer to the religious right challenge on the great issues of faith in politics.

The two leading candidates for the Republican nomination compete for support from the religious right while they accuse each other of unethical and dishonest conduct, practice a negative politics of derision and division, support variations of the trickle down economics that the pope has explicitly deplored, and have even at times stooped to insulting each other’s wives.

I will let the religious right advocates tell the voters which book of the Old or New Testament, which values of the Judeo-Christian ethic, or which teachings of the great faith embody the unsavory political credos of Donald Trump or Ted Cruz.

The progressive left can cite chapter and verse from the teachings of Francis, the New Testament, the Judeo-Christian ethic and the wisdom of the great religions of the world about helping the poor, caring for the needy, healing the ill, feeding the hungry, blessing the peacemakers and being faithful stewards of the environmental health of the earth.

I would argue that of all of the Americans running for the presidency it is first, Bernie Sanders, who is Jewish, and then Hillary Clinton, who is Methodist, who come closest by far to practicing a politics in line with the teachings of the pope when compared to Mssrs. Trump and Cruz.

Mr. Sanders above all parallels Francis in offering bold challenges to the political, financial and media establishments that must be challenged to attain true change we can truly believe in.

Mr. Trump is fond of creating nicknames for politicians he condemns. I might suggest a nickname for a politician I prefer to Mr. Trump and that nickname would be Beatitude Bernie named for the Beatitudes found in the Sermon on the Mount in the New Testament.

For our purposes today I will simply quote from the Wikipedia description of the Beatitudes:

Blessed are the poor in spirit: for theirs is the kingdom of Heaven. (5:3)

Blessed are those who mourn: for they will be comforted. (5:4)

Blessed are the meek: for they will inherit the earth. (5:5)

Blessed are those who hunger and thirst for righteousness: for they will be filled. (5:6)

Blessed are the merciful: for they will be shown mercy. (5:7)

Blessed are the peacemakers: for they will be called children of God. (5:9)

Blessed are those who are persecuted for righteousness sake: for theirs is the kingdom of heaven. (5:10)”

These words, among the most important in human history, and the golden rule of the phrase “do unto others as you would have them do unto you” comprise the heart of the teachings of Jesus that are often offered in similar form throughout the teachings of the great religions from Hillel to Confucius, and from Buddha to Martin Luther among many others.

The symmetry between the views of Mr. Sanders and the teachings of Pope Francis is far-reaching and deep. They have both called for dramatic and powerful financial reform, a new era of economic equality, a heightened commitment to social justice, bold action to address the scourge of climate change that threatens the earth itself and a passionate commitment to helping the poorest among us.

The Sanders message is not only the best expression of the teachings of the pope; it offers the most probable path for Democrats to win an election in a way that is worth winning, and to bring the change that voters want in a way offers true change.

With a major debate coming this week in New York and with growing discussion of the invitation to Mr. Sanders to a Vatican meeting in Rome, these issues will return to center stage, where they belonged all along.

As the presidential campaign proceeds and the Sanders agenda continues to shape the American debate while Francis continues to offer his teaching across the globe, the stage is set for another great debate as the progressive left answers the challenge of the religious right on matters of politics and faith. 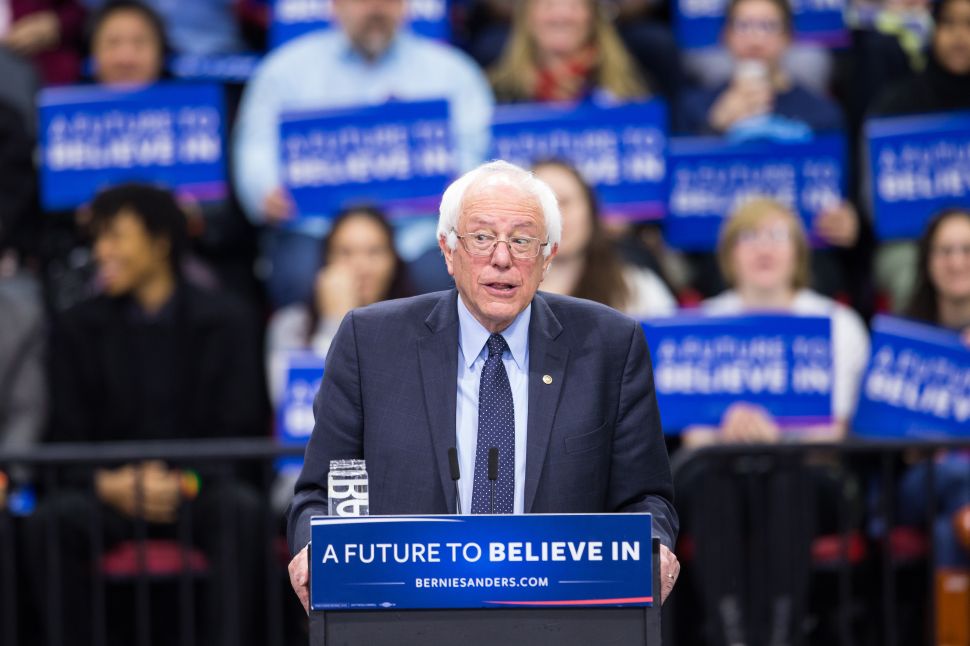