Hillary Clinton’s supporters endlessly criticize Bernie Sanders for not being “a real” Democrat.

“I’m not even sure he is one,” the former first lady said in an interview via a Politico podcast. The attack is baseless and divisive, and with it Ms. Clinton and her supporters draw a line in the sand, telling Democrats who support Mr. Sanders: If you aren’t with us, you’re against us. In some ways, their argument is true. Mr. Sanders isn’t a true Democrat—he’s something much better.

Mr. Sanders’ campaign platform includes proposals and ideas Democrats have fought for over several decades, albeit incrementally. The reforms Mr. Sanders instills into mainstream conversations—issues like income inequality and the corruption and greed embedded in the American political system—have fallen by the wayside in recent years as both parties are beholden to special interests, rather than the greater public good.

Most politicians like Ms. Clinton and Jeb Bush spend their time courting deep-pockets, and in this election cycle the two candidates have shared over 60 of the same wealthy donors. Time Magazine cited one billionaire donating to Ms. Clinton, Mr. Bush and Senator Ted Cruz—who believes the country would be in good hands with any of the three as president. Goldman Sachs—whose CEO, Lloyd Blankfein, called Mr. Sanders “dangerous”—also donated to Mr. Cruz, Mr. Bush and Ms. Clinton.

Billionaires and millionaires aren’t supporting candidates like Ms. Clinton and Mr. Cruz because they’re passionate about campaign platforms. Wealthy individuals contribute to campaigns because they know that, in order to keep large donations pouring in every year, candidates like Ms. Clinton and Mr. Cruz will return the favor. This cycle enables massive corporations and wealthy one-percenters to maximize their profits through tax evasion, outsourcing and government subsidies and tax breaks.

According to a New York Times analysis that was last updated on April 5, Ms. Clinton has received $62.5 million in contributions from Super-PACs alone. Mr. Cruz—having received $56 million from Super-PACs—isn’t far behind. Politico’s list of the top 100 donors in the 2016 presidential election show Ms. Clinton and Mr. Cruz leading the majority of donations from America’s elite.

Billionaire James Simons owns hedge funds Euclidean Capital and Renaissance Technologies. According to OpenSecrets.org, Euclidean Capital has donated over $3.5 million to Ms. Clinton’s campaign and Renaissance Technologies has donated over $11 million to Mr. Cruz’s campaign. Ms. Clinton and Mr. Cruz differ substantially on campaign platforms, but their refusal to challenge the status quo, and to network with federal lobbyists rather than against them, is what makes them similar.

This is why Mr. Sanders is an infinitely better candidate for the Democratic presidential nomination. His donor lists don’t mirror those of the Republicans, and his campaign platform can’t be stripped down to provide concessions to federal lobbyists and special interests.

Bernie Sanders’ accountability is with the American people—many of whom have financed his campaign through small contributions. Citizens United is not a single issue—it permeates and corrupts every aspect of the political system.

The future of the Democratic Party is at stake, and the Establishment support for Hillary Clinton signifies a preference for federal lobbyists and money over fighting for working class and middle class interests. 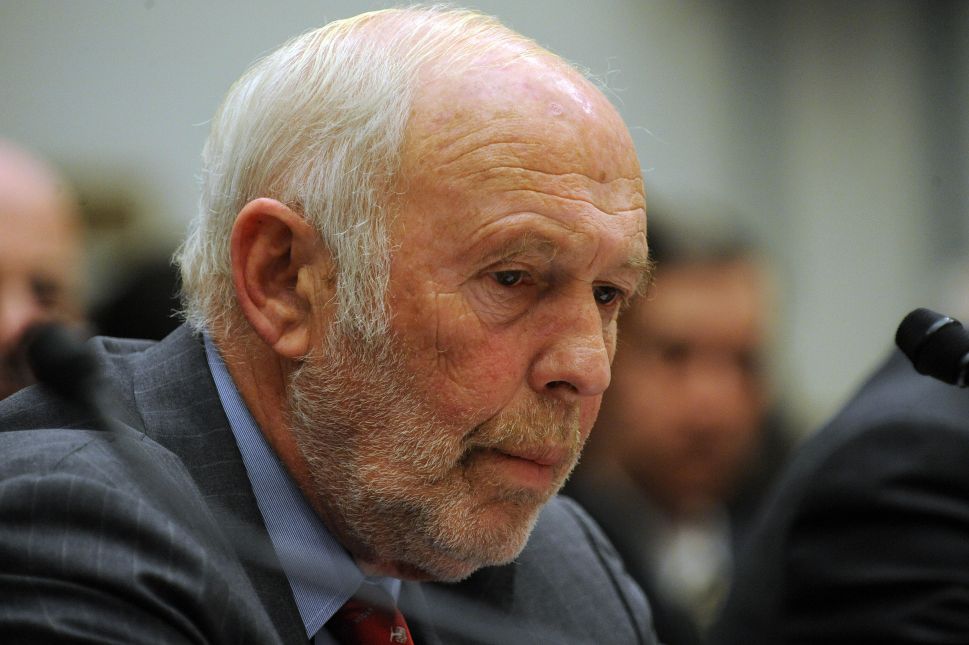