If you’ve been following Michael Chernow, the man behind The Meatball Shop and Seamore’s, you’re well aware of his latest wellness venture, WellWell. Those who don’t follow along with the (notoriously hot) chef’s antics are missing out on the next great juice craze. The team behind WellWell is made up of five fitness obsessed dudes who are passionate about the post work-out beverage they created. And yes, it is actually delicious.

Sagan Schultz, the CEO of the company, has a bachelor’s degree in neuroscience, spent years as a sommelier and is a certified personal trainer. His background makes him the perfect person to advise on what just might be the next coconut /charcoal lemonade. Towards the end of summer 2015, Mr. Schultz was working out regularly and wanted another form of recovery, because foam rolling and sports massage wasn’t cutting it. He started exploring cookbooks and investigating ingredients studied in sports performance, focusing on watermelon, tart cherry and lemon, which became WellWell. After discussing his findings with friends, he realized others wanted a similar recovery beverage.

“The cool thing about WellWell is that it actually bridges the supplement world with something you actually want to put in your body,” Mr. Schultz explained over broccoli tacos, and of course, juice, at Seamore’s. “It’s a functional beverage that is right down the middle, it actually has results in it, it’s not a powdered thing that you’re dunking in .” Mr. Chernow, the Chief Creative Officer, jumped in to add, “The guys that we associate with that are in health and wellness have offered to be brand ambassadors for us because they believe in our products so strongly.”

Their impressive roster of brand ambassadors includes Bianca Vesco, a trainer at The Dogpound, Zack Schares, a trainer at Mile High Run Club and Aly Teich, founder of The Sweat Life. Mr. Chernow is is a brand ambassador for Lululemon. He also works on branding and marketing and helped put the team together. It’s made up of of Larry Praeger, Dr. Praeger’s son (yes, the Dr. Praeger of frozen spinach treats) as the Chief Operating Officer and photographer Collin Hughes, the Creative Director. “Everything we’ve sold so far has been on zero marketing dollars essentially and it’s just been a buzz that we’ve created around the New York City fitness scene,” Mr. Chernow said.

While the ambassadors might be fitness obsessed, the average drinker doesn’t have to be a workout junkie. “This is an everyday beverage, not only for the fitness enthusiast. Replace your orange juice from a box and you’re already taking a massive step in the right direction,” Mr. Chernow said, adding that WellWell is all-natural and cold pressed.

For those wondering what WellWell actually does, Mr. Schultz is happy to explain the health benefits. He tells Observer the tart cherry acts as an anti-inflammatory and the actual amount that impacts the body is in every single bottle. The watermelon is super-hydrating, and has an amino-acid that’s essentially what’s used in pre-workout supplements, only far more delicious than a strange smoothie. The biodynamic lemon is an ingredient to balance the sugar from the concentrated cherry and to preserve the juice, along with adding Vitamin C.

The vibrant blue packaging is sure to grab people’s attention when they’re checking out at Whole Foods, which stocks the drink on their shelves. “We just wanted to do something that is good-feeling all the way around from the label to the beverage to the functionality behind it,” Mr. Chernow told Observer. “We are going a bit against the grain here, we’re trying to create something that speaks to a large body of people but focused on active millennials. That’s what we’re banking on, the active millennials with very loud mouths, that get very excited about things.” He hopes people will replace their morning orange juice with WellWell, no matter how old they are.

Mr. Praeger said, “My son’s birthday is coming up and he said, ‘I want a WellWell for my birthday,’ because I only brought one home so far. He made me pour it into his little cup and drank the whole thing,” proving that everyone loves a delicious juice, even if they’re not a fitness obsessed millennial. 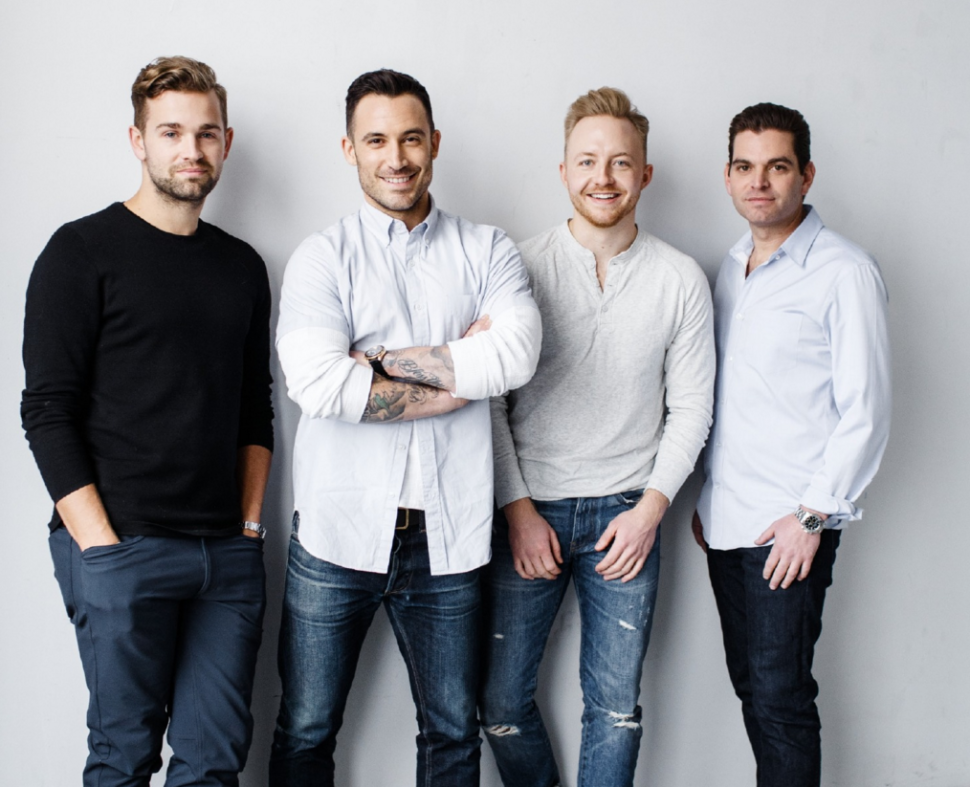