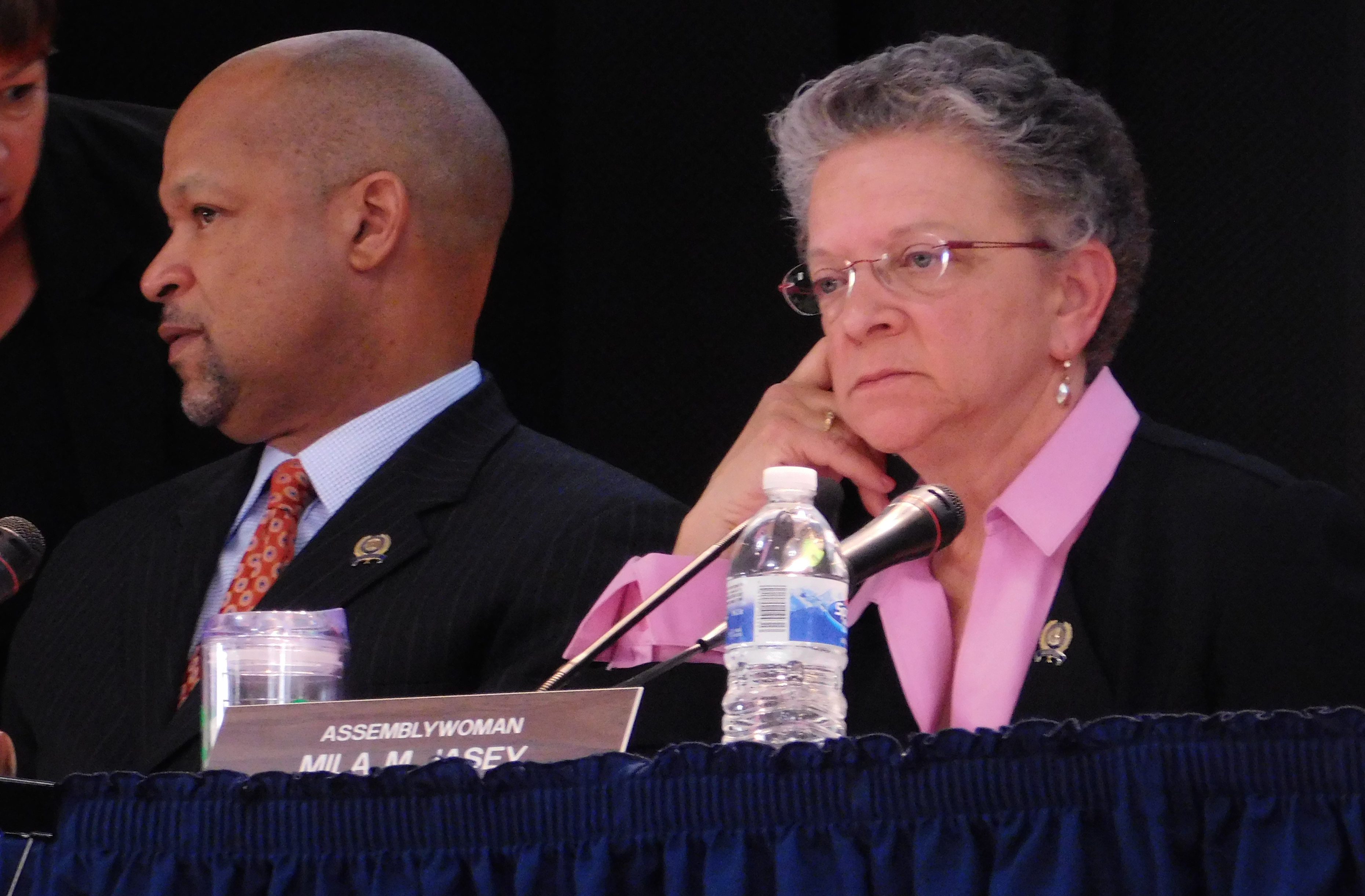 Wimberly and Jasey are on the Joint Committee on the Public Schools.

PATERSON – Assembly members from the Joint Committee on the Public Schools held a hearing at Eastside High School in Paterson to address the issues that the city’s school administrators and residents have been reiterating since the beginning of budget season: securing a return of school control from the state and addressing budget shortfalls that will likely cripple the city’s public school system if not tackled.

According the Jasey, the issues plaguing the Paterson schools—namely the estimated $45 million budget shortfall the district has faced this year and an estimated underfunding of about $180 million over the last few years—comes from a mismanagement caused by the long-standing state control of the public schools that has been in effect in Paterson for about 25 years. The assemblywoman said that, before Paterson can see school control returned, those budget shortfalls need to be addressed and the school funding formula needs to be changed in order to meet legal standards put in place by New Jersey.

“This state is happy to give back control with huge financial defects and all the issues that are caused by that,” Jasey said to the hearing attendees. “We stand with you on making sure the district is healthy, financially and every way, as we transfer back to local control.”

For Assemblywoman Oliver, one issue that needs to be addressed is the use of Paterson funding to support charter schools, a form of education that has been championed by Republican Governor Chris Christie. In Paterson, only about 2,000 students of the district’s approximately 28,000 are part of the charter school system with the majority of children attending traditional public schools. Like Jasey, Oliver asserted that local school control could not be rightly returned to Paterson until budget shortfalls are addressed.

She continued: “What I am vehemently opposed to is using the money that goes to our public school system to support charters.”

Wimberly and Sumter both represent Paterson in Trenton. At the hearing, both said that the schools in the city could not be allowed to cut back on more services due to failure by the state to provide required funds.

“We are well aware of the $186 million fiscal cliff. The main reason appeared to be that we didn’t adopt the tax levy,” Wimberly said of a tax increase that was proposed in Paterson that would have collected about $75 more per taxpayer annually. “We have paid our fair share of taxes.”

Donnie Evans, the superintendent of Paterson schools, said that despite increasing academic outcomes, the school system is struggling. Paterson Board of Education President Christopher Irving agreed and added that no more cuts could be made in Paterson in order to close budgetary gaps.

“Dr. Evan’s report is a much more PG version of where we are as a district,” Irving said as he addressed the panel. “Where we are headed is toward a fiscal cliff. A fiscal shortfall of no return. I am looking you all dead in your faces today and telling you that if we are in the same position we are next year that we are today… this district will be bankrupt. There will be no place to cut, there will be no teachers to reduce, there will be no schools to close.”

One theme that came out of the hearing was the desire of Paterson’s residents to band together with other urban school districts like those in Jersey City and Newark in order to push for adequate state funding as required by law. And, according to Oliver, litigation may be a valuable next step if the law continues to be violated and budget requirements continue unmet.

“There is absolutely nothing wrong with litigating,” she said, citing the landmark Supreme Court case Brown v. the Board of Education as an example of the need to take certain cases to court.

According to Jasey, the hearing was just the first step in addressing the issue.

“My promise is this is not the end of this effort,” she said. “It has taken several months to get this hearing and it is just the beginning.”

Parents, community leaders and members of the Paterson Education Association also spoke at the hearing. 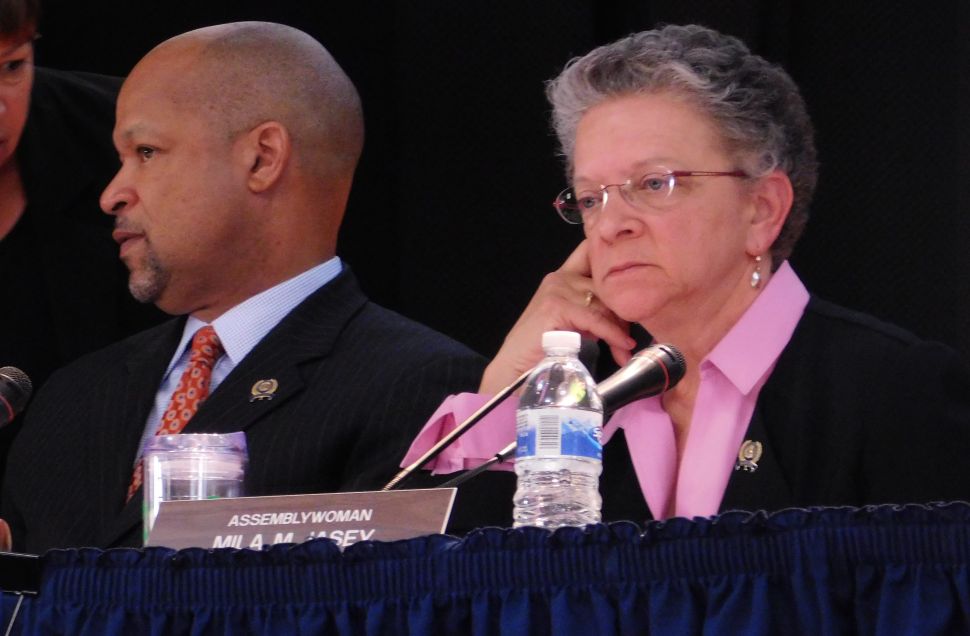