The time for noshing on hot dogs, steaming pasta and Chino-Latino cuisine is over.

Primary day is upon us in New York. Unlike just about every presidential primary of the past few decades, the contests on the Republican and Democratic side matter. Billionaire Donald Trump, the Republican front-runner, is desperately trying to cobble together enough delegates to avoid a contested convention this summer. After stumbling in Wisconsin on April 5, the incendiary billionaire real estate developer and native son of Queens has been hit with weeks of news reports questioning whether he can really seize the GOP nomination, despite his commanding lead. His improvised and chaotic campaign has been outhustled by Sen. Ted Cruz of Texas on the ground, costing him precious delegates.

But the Empire State may just save The Donald. His goal on Tuesday will be to clear 50 percent and walk away with the vast majority, if not all, of New York’s 95 delegates. It’s a tall order, though not entirely impossible. Mr. Trump has polled at 50 percent or more in just about every poll taken. Mr. Cruz and Ohio Gov. John Kasich, a moderate who could sneak into second place, have no shot to win the state and won’t be spending election night here, unlike Mr. Trump, who will fete himself at (where else?) Trump Tower.

The trouble for Mr. Trump may be in the details, as they often are. New York allocates delegates by congressional district, with three from each, in addition to 14 statewide delegates. This means deeply Democratic areas will matter on Tuesday, and Mr. Cruz has done his due diligence. The expert micro-targeter spent time in heavily Russian Brighton Beach, where conservatives live in an otherwise Democratic congressional district, and the Bronx, home to a minuscule number of Republicans who may just allow Mr. Cruz to pick off more delegates than you’d expect.

Mr. Kasich put in his time too, stumping across the state and eating his way through New York’s finest delis. He even held a town hall with Montel Williams in Bay Ridge, Brooklyn.

On the GOP side, there was less engagement with the issues that matter more to a majority of New York City voters because this is still a Democratic state. Unlike Sen. Bernie Sanders and Hillary Clinton, no Republican visited a public housing complex, and there was little discussion of making housing more affordable or bolstering infrastructure, bread-and-butter issues for an urban Democratic electorate. The Republicans mostly stuck to their stump speeches—with a little discussion about “New York values” along the way.

Ms. Clinton, the New York senator for eight years, is the clear front-runner on the Democratic side, and the absolute favorite to win New York. She’ll be celebrating election night in Midtown. Mr. Sanders, a Vermont senator, will be campaigning in Pennsylvania in anticipation of a loss.

But the Brooklyn native has made it an exciting two weeks. His rallies in the South Bronx, Washington Square Park and Prospect Park attracted tens of thousands of people, and his impromptu campaign stops across the city only drew more attention to his remarkable celebrity. He even took time to campaign outside his old apartment building in Midwood, drawing plenty of fans and curious crowd of onlookers. Ms. Clinton’s rallies, confined to ballrooms, gymnasiums and various smaller indoor spaces, can’t compete for sheer size.

The New York Democratic establishment doesn’t have the strength to move voters as it once did, but it’s all-in for Ms. Clinton, and that will have to count for something. The former secretary of state will count on the backing of African-American and Latino voters in the five boroughs and white moderates in the suburbs to carry her to victory. Mr. Sanders, meanwhile, is expected to perform best in the rural, whiter and more populist areas north of the city and the suburbs. Any hope of a Sanders victory however rests on outperforming expectations in New York City. Ms. Clinton has consistently bested Mr. Sanders in urban areas across the country.

New York’s Democratic electorate appears to be growing more liberal, which may buoy Mr. Sanders on Tuesday. Zephyr Teachout, a Fordham law professor now running for Congress, ran for governor in 2014 on a progressive platform with little money and name recognition while managing to rack up more than 30 percent of the vote against Gov. Andrew Cuomo. New York allies of Mr. Sanders say if he can push Ms. Clinton into the single digits, it will be something akin to victory, given all the currents going against him in New York.

Sanders backers will point to Michigan as an example of how the self-proclaimed democratic socialist could pull off the upset. Mr. Sanders consistently polled behind Ms. Clinton in the Wolverine State and shocked political observers when he won there in March. The problem with that analogy is that Michigan held an open primary and New York’s is closed; Mr. Sanders does best with the independents who will be shut out of the primary here. As expected, they are not happy about that.

Oh, and don’t forget, there are two special elections happening on Tuesday as well. They matter too.

Looking to keep the Republican “Long Island Nine” intact, the Nassau County GOP picked attorney Chris McGrath to replace former Senate Majority Leader Dean Skelos, who was convicted on corruption charges and forced to abdicate his seat in December. Mr. McGrath, though a longtime donor, has never run for office before—a sign the party wanted to put up a clean face after the public tarring of Mr. Skelos, once the most powerful Republican in the state.

It has granted them a certain amount of immunity to accusations of corruption from Democratic candidate Todd Kaminsky, a first-term assemblyman. Mr. McGrath and his allies, including Congressman Peter King, have warned that a Kaminsky victory would lead to the total loss of Long Island influence in the State Senate—as it would give the mostly New York City-based Democrats their first numerical majority since 2010. In fact, the breakaway five-member Independent Democratic Caucus and renegade Brooklyn State Senator Simcha Felder, who have collaborated with the GOP conference for the past two sessions, could very well keep the Republicans in power even if Mr. McGrath loses. 1199 SEIU, which not long ago vowed to fight for a Democratic State Senate, is strangely backing Mr. McGrath. (Some say they have done this at the bidding of Mr. Cuomo, who has a history of knifing his fellow Democrats in the Senate in the back.)

The Republicans have also hit Mr. Kaminsky, a former federal prosecutor, as tax-happy. They’ve also sought to direct nd slammed him for voting with the rest of the Assembly Dems last year to keep now-convicted Speaker Sheldon Silver in his position.

Besides praising Mr. Silver for the “wonderful things” he did in the district, Ms. Cancel hired his 12-year liaison to the Latino community as her scheduler and treasurer. And her campaign manager—and husband—John Quinn is another old pal of the fallen pol. It was Mr. Quinn who took the blame when the Observer discovered that the campaign had falsely claimed endorsements from a score of elected officials who have remained neutral in the primary.

Her main rival, Working Families Party candidate Yuh-Line Niou, has had her own struggles with the truth. She claimed, falsely, in a NY1 debate to have voted for President Barack Obama while living in Harlem. The Observer subsequently found a voter registration form she filled out in 2013 in which she indicated she last cast a ballot in Washington State in 2008.

The issue of Ms. Niou’s voting history points up her main problem: she has lived in Mr. Silver’s old district for just two years (some have questioned whether she has lived in New York State the requisite five, but those qualifying rules are notoriously lax). Her base of political support is not in Manhattan at all, but in Queens and the Bronx.

Ms. Niou, a registered Democrat, is the chief of staff of Queens Assemblyman Ron Kim. She has secured the support of prominent members of the Assembly and of Bronx elected officials like Borough President Ruben Diaz Jr.

What it all suggests is that the power behind Ms. Niou is Congressman Joseph Crowley, the Queens Democratic Party boss, and his tight ally, new Assembly Speaker Carl Heastie of the Bronx.

With unions and top pols piling in behind Ms. Niou, the special election has become a proxy war between the state-level Democratic Party and the local political power structure.

Also on the ballot are Republican businessman Lester Chang and Green Party contender Dennis Levy, though both have a slim shot of winning in such a predominantly Democratic area. Whoever triumphs on Tuesday will almost certainly face a host of challengers in the September primary: district leaders Paul Newell and Jenifer Rajkumar, local community board chairwoman Gigi Li and Chinatown activist Don Lee have all announced their intentions to run. 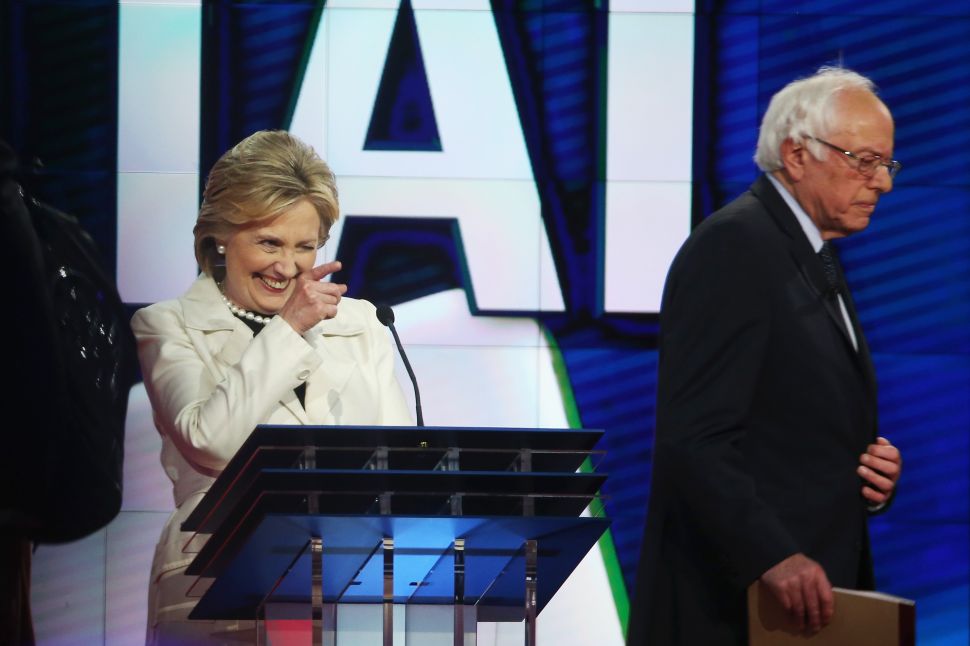