In the summer of 1972, I received a lucky break: a coveted scholarship to the prestigious Architectural Association (AA) in London at a time when the Conservative government had curtailed mandatory student grants.

This international roundtable often convened at the AA bar, where I first met Zaha Hadid. I remember our first encounter as intimidating, not because of Zaha herself (who was always interested in all she met) but because of her circle, her tales of Baghdad and reverence for her mentor Dr. Mohamed Makiya. But Alvin had created an ideal milieu, adopting a “unit” structure (where we each selected our preferred professors), and although Zaha and I chose different mentors, we often critiqued each other’s work. We had dissimilar styles but were both exhilarated by the freedom Alvin encouraged.

Following graduation, Zaha and I continued at the AA as assistant professors for Rem Koolhaas and Bob Evans respectively. Zaha did not suffer fools, although she would listen to other points of view. If kind, she would poke fun. If crossed, she would encourage gossip.

Zaha continued the year after as a “Unit Master,” whereas I left for professional practice. So our paths diverged until sometime later when I fell for a young American designer, Nan Lee, who was working with Zaha as a colorist and fabric specialist. At first, Zaha protected Nan and questioned my motives. But after her invitation to our wedding, all was accepted and encouraged. For Zaha, loyalty was paramount, and any dalliance or dishonour would end any friendship.

At that time, Zaha, already enjoying renown, was working from her miniscule house in a London mews—narrow streets of former stables and coach houses that thread through the city.

Her ground floor was jammed with desks, the walls plastered with drawings, the shelves crammed with books and pots of paint. The little space left was for her team, beavering away, ready for all-night charrettes. These were the heady days of Zaha’s “paper architecture,” long before anything got built.

Nan and I married in Rome the following year, then left London for New York. Our friendship with Zaha continued, as by that time she was travelling frequently to the U.S. On one occasion, our friend Edwin took her flying in his Beech Bonanza out of Teterboro, much to Zaha’s delight as we circled Liberty Island (you could do that once). “Everything must soar, nothing must be tied to the ground,” she said, something which became her credo.

Around that time, increasing professional demands meant our intimate times became less frequent, so texts became her thing, rarely about work, mostly about who has done what and who has been where. The long conversations lasted into the wee hours.

We still met on occasion, and once at the Mercer Hotel, she introduced me to someone called Robbie Williams. I later told my niece (who couldn’t believe I’d never heard of the singer), and I wondered whether I would lose Zaha to rock-star status. But her personal invitations for inaugural openings always arrived, and when a couple of years ago, my personal life hit a bumpy patch, Zaha remained resolute, still texting all hours with concern.

Zaha long considered herself an outsider. “I’m a woman,” she said, “which is a problem to many people; I’m a foreigner, another big problem; and my work is not normative,” she told BBC Radio a month before her death. Though her public persona was often vilified in the press, her architecture (both built and on paper) will stand as a testament to her talent and her steadfast friendship will leave those who were close to her long grieving her loss.

Jonathan B. Wimpenny is president emeritus of the Royal Institute of British Architects USA.

The renowned Dutch architect Rem Koolhaas, who mentored Zaha Hadid, once described his disciple as “a planet in her own inimitable orbit.” Indeed, many of Hadid’s futuristic, unbelievable creations—a few of which are displayed below—look like space stations constructed by CGI rather than bricks and mortar. In science fiction, such structures are typically left to us as gifts by advanced civilizations. 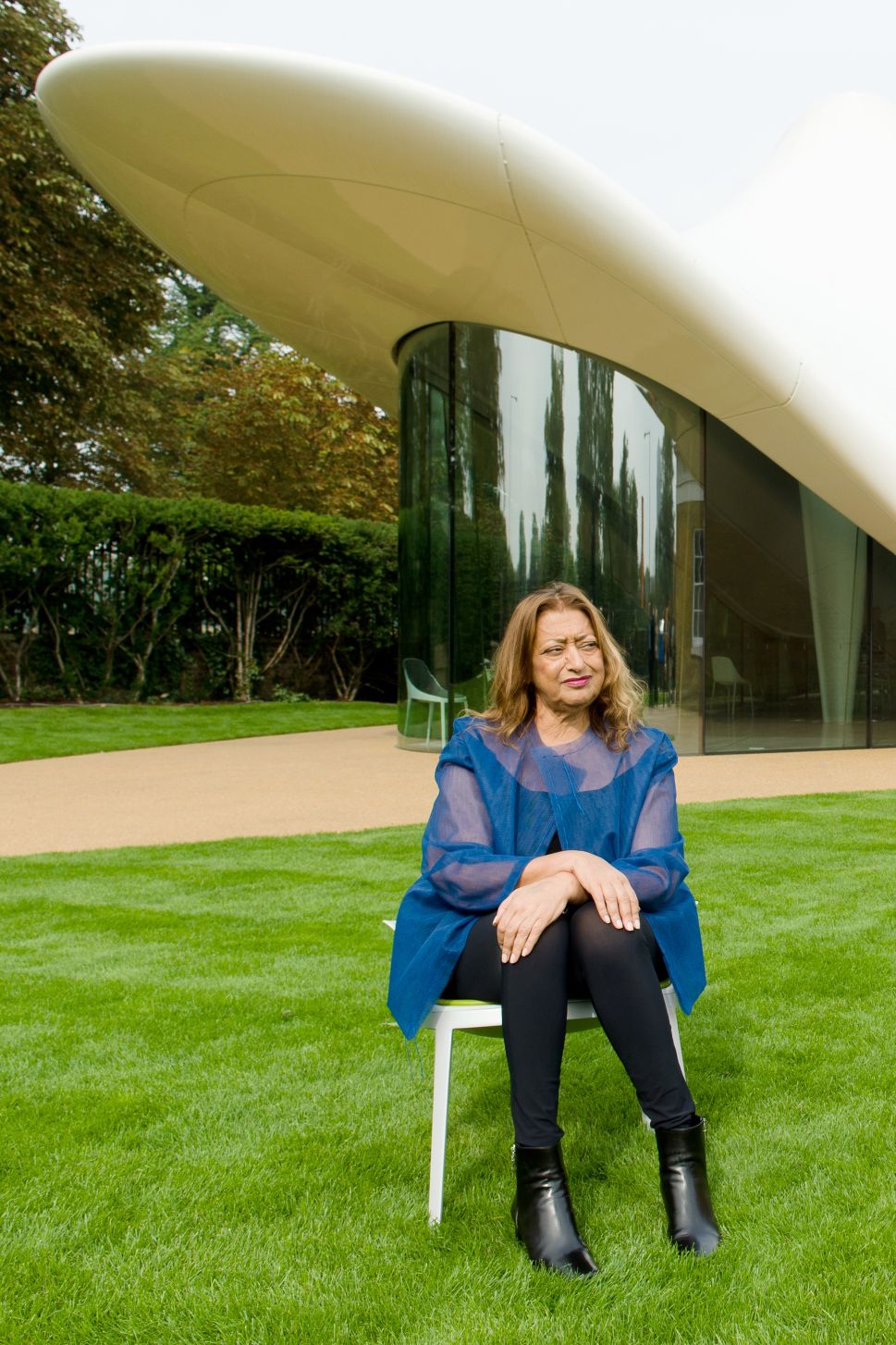