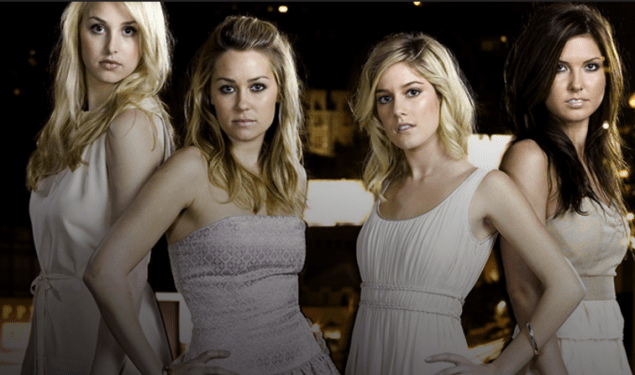 Lauren Conrad, Heidi Montag, Spencer Pratt and a whole bunch of other California blondes invaded our airwaves and lives on May 31, 2006 as cast members on The Hills. Suddenly, monikers like “LC” and “Speidi” were part of the national conversation, and we got to know Brody Jenner, before he became so closely associated with the Kardashian cabal.

In the past decade, they’ve all moved on, as have we. But now, they’re back to celebrate the show’s 10-year anniversary. In the spirit of east coast/west coast good-will, here’s a shout out to what we learned from MTV’s golden girls and guys whose lives we got caught up in until they left us in 2010 — when it was “revealed” that the whole thing was fake.

1) Don’t Be Shocked When The “Bad Boy” Acts Badly

Oh the tears shed over the always-disappearing Justin Bobby, the wandering eyes of Jason Waller and Brody, and of course the hot temper shown by Spencer. What did Audrina Patridge, Kristin Cavallari, Lauren and Heidi think they were getting when they hooked up with these brooding princes of Beverly Hills, who would drop 30 grand in one night on “Dom,” and were always one bottle of Petron away from either getting into a fight or a Playboy Bunny?

2) Three Roommates Are Not A Good Idea

Living with one roommate is no guarantee that things will go smoothly as Lauren will attest, but when she and Heidi had their blow up at least it was one-on-one in their living room. Three, as evidenced by Audrina, LC and her Laguna Beach high school friend Lo Bosworth, meant a little two-against-one passive/aggressive bullying – with Audrina odd woman out, eventually getting fed up, then her own place.

Whitney Port gave new meaning to the word low-key. At her Teen Vogue internship, she kept her head down and her mouth shut, and always seemed to be in the night club’s ladies’ room — or not there at all – when the other girls where making a scene in the middle of the dance floor. Her quiet dignity clearly won the day, as she got her own NYC spinoff called The City, where she worked at Diane Von Furstenberg’s Meatpacking District flagship store.

4) Sometimes Standing By Your Man – Who Everyone Hates – Works Out

Plastic surgery poster child, Heidi, and publicity hound, Spencer, said, “I do,” during the show’s  5th season in 2009. They are still married. Go figure.

5) Be Nice To Your Co-Workers

Heidi got a job with event promoters Bolthouse Productions. She bulldozed her way from secretary to account executive, surpassing colleagues who had been there longer. Let’s say, she had no friends at work. Heidi asked a subordinate – who unbeknownst to her had already quit – to cover an event. For the satisfaction of last day revenge, the young woman said, “Sure, Heidi, no problem,” then packed her desk and left. Heidi, out dining with Spencer, got a frantic call that no one from Bolthouse was supervising the affair, and had to hightail it out of the restaurant.

6) Fight With Someone, You’re In It With Their Friends, Too.

Ex-college friends and roommates Heidi and Lauren had a falling out, of which Spencer was at the bottom. Sadly, the two blondes went their separate ways. And that ended that…until Spencer’s sister Stephanie Pratt, and her cohort Roxie, decided to show solidarity with Heidi and ambush Lauren in a club.

7) The New Girl Always Gets The Attention

No sooner had Lauren driven off into the reality television sunset did her high school nemesis, Kristen, burst onto the scene, announcing her presence at a beach party by throwing down with both Audrina and Stephanie. She immediately became the love interest of Audrina’s ex, Justin Bobby as well as Brody.

After a while we needed a scorecard to remember whom Brody was dating: Lauren, Kristin, Audrina and LC’s friend Jen Bunney all had their turn. Spencer was with Heidi, yet flirting with Stacie the bartender. And there was the aforementioned Kristin-Justin Bobby-Audrina lust triangle; capped off by the time Lauren went to a party only to hear her not-quite ex, Jason, announce his engagement.

Similar to the romantic entanglements, the platonic attachments also needed some record keeping as well. Lauren and Stephanie found themselves in a fashion class together, and — boom — allegiances shifted. Brody and Spencer ended their bro-mance, and Kristin and Audrina eventually formed a bond. Heidi had always been close with her sister, Holly, but by series’ end, they were estranged. There were a few halfhearted attempts by Lauren and Heidi to reconnect, but some fences just can’t be mended – even for ratings.

10) Never Give Up Paris For A Guy, Or Any Reason

Lauren Conrad — forever known as “the girl who didn’t go to Paris” – gave up the Teen Vogue business opportunity because she and boyfriend Jason had made summer plans to rent a house and live at the beach. When the magazine’s editor in chief offered The City of Lights, Lauren felt badly about leaving Jason in the lurch. Life by the shore wasn’t all it’s cracked up to be and by the beginning of season 2 they had broken up. With no boyfriend, Lauren had plenty of time to feel badly that Whitney went to Paris instead. 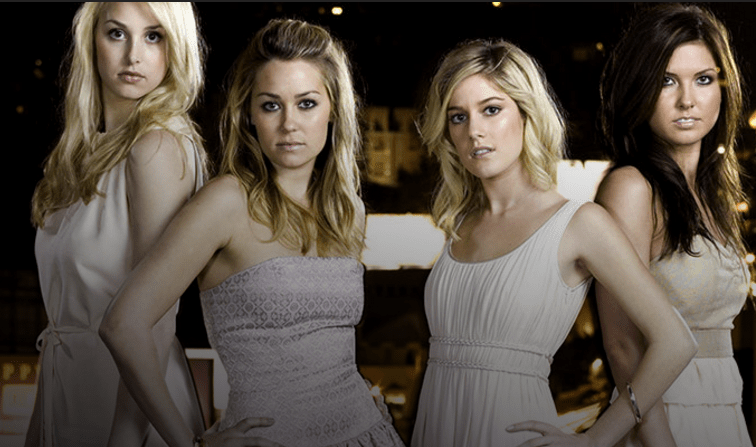