I don’t know anything about Eric Fischer except that he’s a freaking hero.

Much like everyone else who has recently attempted to live in San Francisco, Fischer is very interested in housing costs. However, unlike every other such person, Fischer decided to contribute to this conversation by doubling the depth of modern historical data about them.

Until now, the most commonly cited information about SF housing prices had gone back to 1979, when the city started tracking the “median rent of two-bedroom apartments advertised in the San Francisco Chronicle on one Sunday per year.”

Unfortunately for this data, 1979 also happens to be the year that San Francisco Mayor Dianne Feinstein imposed a rent freeze that transitioned into rent control. If you want to argue about the merits of rent control — and in the handful of U.S. cities facing rapidly rising housing prices, who doesn’t? — your arguments on either side aren’t going to be very useful without any information about the situation before rent control so you have something to compare to.

So Fischer found the “before rent control” data. He gathered it himself…by spending many, many hours going through old image files and microfilm of the San Francisco Chronicle.

Fischer talks a lot about his methodology in his excellent post about this project, published Saturday. Here’s the short summary: His methodology is not perfect but it’s solid and I don’t see any great ways to improve it.

Instead of getting any further into that, this blog post exists to re-emphasize what his new data revealed: this chart.

That, my friends, is 70 years of San Francisco housing prices. There are some ups and downs, but for the most part there is a very simple trend: 6.6 percent.

That’s the amount the rent has gone up every year, on average, since 1956. It was true before rent control; it was true after rent control. It wasn’t entirely true during the 2000 tech bubble, but it was still sort of true and it became true again afterward.

6.6 percent is 2.5 percentage points faster than inflation, which doesn’t seem like a lot but when you do it for 60 years in a row it means housing prices quadruple compared to everything else you have to buy.

So what caused prices to go up? That’s the really exciting part of Fischer’s discovery. Armed with his data, he more or less answered that question.

This is as close as you’re ever likely to see to an answer to life, the universe and everything.

It’s all summarized in the formula at the top of the chart. If you gave me values for (1), (2) and (3) above, then I could predict to you with startling accuracy how much the median two-bedroom apartment in San Francisco will cost to rent in that situation.

It follows that if we could change (1), (2) or (3), then we could maybe change what it costs to rent a place in San Francisco. Here’s how Fischer summarizes a scenario in which, his formula suggests, apartment prices would drop 67 percent:

OK, so this would mean the way to make San Francisco as affordable as (say) Portland would be to either cut everybody’s salary in half, or fire half of them, or allow the city’s population to rapidly grow about 50 percent, to about 1.2 million, while the number of housing units increased even faster.

That’s probably true. The problem is that rapidly turning into Prague would require thousands of developers to go bankrupt, because (remember?) rents would drop by 67 percent so all those developers would not be able to pay off the loans they took out to build those 200,000 new homes.

Come to think of it, thousands of bankrupt developers may not sound too bad to you, either. But believe me, it sounds bad to the developers. Which is why there could never be a situation where private developers would add that many new homes at once — they would stop building long before that return to paradise could happen.

The way I see it, this leaves us with a few interesting lessons for San Francisco:

1. Adding new units is mostly only going to keep shit from getting worse.

1a. That’s still a good thing.

2. Rent control does not seem to be a huge cause of the problem per se. Shit was bad before; shit was bad after; shit did not get notably better or worse for the median apartment seeker, at least if you start in 1956. (On the other hand, something odd is going on in Fischer’s early price data from the 40s. If you omit the 1950–1960 dip in rents, then everything before rent control in 1979 starts looking more like a plateau. Here’s his first chart again for good measure.)

2a. The way that rent control might matter indirectly is if it leads indirectly to fewer new units, for example because it gives people a reason to protest or sue to prevent developers from replacing little old rent-controlled buildings with big new market-rate ones. Which is pretty understandable on the part of the poor people but it’s still a shitty outcome, because (as Fischer’s formula suggests) every fancy new roof holds prices down a little bit because the rich people under it don’t push middle-class people out from under their middle-quality roofs, and so on down the line until someone ends up in a tent.

2b. Still, there’s no clear sign in this data that rent control has had this additional anti-new-housing effect on San Francisco. Again: shit was bad before. Shit was bad after.

3. Cutting infill development costs would help if there are ways to do that without screwing other things up too much.

4. If there is something stopping the housing market from building enough new homes for newcomers, then it’s probably got to be something that arrived around 1960 or earlier.

That sucks. It’s an amazing place.

Instead, I’m going to close with a lesson for cities that are adding jobs and/or wealth faster than homes but are not yet San Francisco: Portland, Seattle, Austin, Denver, Minneapolis. Maybe Oakland and Los Angeles and San Diego and DC still, too.

For the love of god, keep adding homes. Keep adding homes so things don’t get any worse and you’re not trapped in a lose-lose-lose shitstorm like San Francisco.

And while you’re doing that…

Rent control? This particular renter is nervous but sure, maybe try it out as long as you are working hard to ensure that it’s not going to get in the way of continuing to add homes.

Endless sprawl? That’ll keep the houses cheap (just ask Atlanta, Dallas and Phoenix) but it fucks up the planet and it seems to make us fatter and lonelier, plus cars are expensive. So maybe try doing townhouses if you can. Townhouses are great. Cliff and Claire Huxtable lived in a townhouse. Duplexes are nice too. A lot of cities have actually made it illegal to build either of these. That is nuts.

Taxes to create public or other subsidized housing? The poorest people will never be able to afford market-rate housing, and people in cheap but livable little homes tend to get into much less trouble than people in tents. So yeah, probably it’s a good idea to use taxes to build cheap but livable little homes for poor people, while also looking for other ways to help people get out of poverty.

Mass layoffs? Well, apparently those would reduce rents but somehow I don’t think they’d get the mayor re-elected.

But whatever you do, definitely buy Eric Fischer a drink if you see him. He earned it.

Michael Andersen is a writer in Portland, Ore. He’s @andersem on Twitter. 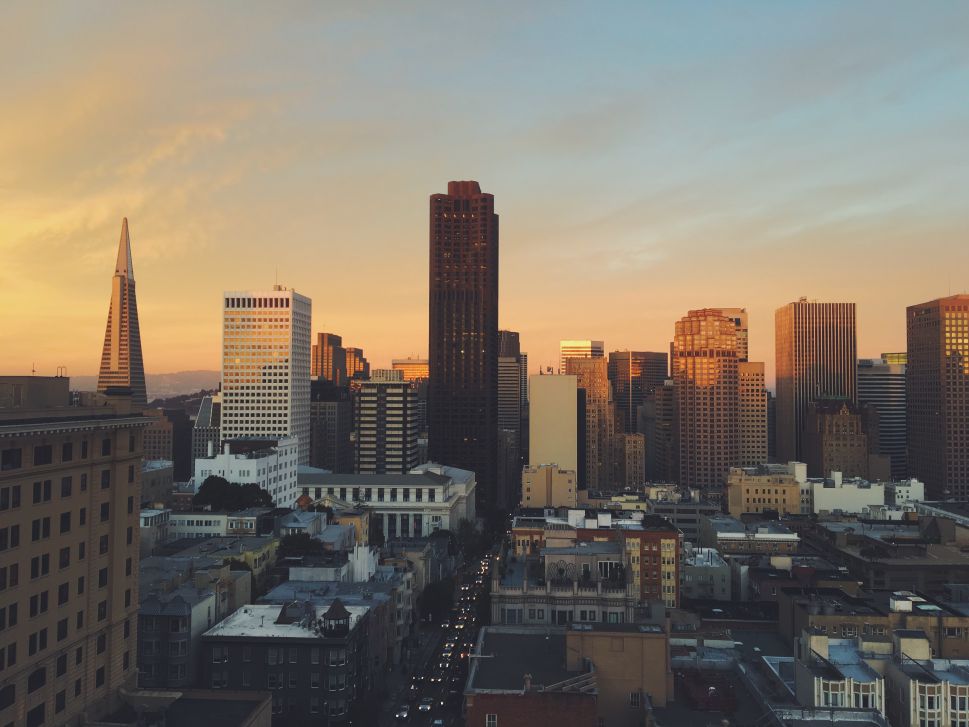