Even before the Indiana primary triumph of Donald Trump this week, television comedians sharpened their wit on the presumptive Republican presidential nominee and his relationship with the media—not to mention the rest of the world. At the White House Correspondents Dinner Saturday night, with President Obama sitting next to him, comedian and social commentator Larry Wilmore of Comedy Central noted that MSNBC’s Morning Joe was “so far up Donald Trump’s ass it bumped into Chris Christie.”

Although Bernie Sanders won Tuesday on the Democratic side, Hillary Clinton remains in the lead and is the likely nominee for the Democrats. So, on the Tonight Show on NBC Wednesday night, host Jimmy Fallon said: “We finally have our two candidates for President: It’s down to ‘Uh-oh’ vs. ‘I guess.’” Despite the grim and bitter politics, the airwaves lighten up especially late at night.

One of the brighter bulbs is Mr. Maher, the host of Real Time with Bill Maher on HBO on Friday nights. Last week, after Mr. Trump recruited the campaign support of former Indiana basketball coach Bobby Knight, Mr. Maher said Mr. Trump wanted to “make sure he locked up the old `white-full-of-rage’ vote.”

“I don’t know where to begin with this jackass,” Mr. Maher said of Mr. Trump. “What is masculine about Donald Trump? The most thin-skinned, erratic, non-logical, whiney person in the world.”

A similar scornful edge was heard Wednesday on Late Night with Seth Meyers on NBC. “This should be a moment of serious introspection for the Republicans,” Mr. Meyers said. “How did they get to the point where they are handing their nomination to a race-baiting, xenophobic, serial liar who peddles conspiracy theories and thinks the National Enquirer is a real newspaper?”

The answer, Mr. Meyers suggested, is not an accident. “It is not a fluke. The Republican party is the party of Donald Trump and has been for years.”

Seeing Mr. Colbert reminds you that the spoof-rich atmosphere of this political season lacks the brilliance of Jon Stewart.

Many of the jokes on many of the shows were an equal mix of outrage and humor. Mr. Colbert, hosting Late Night on CBS, lacks the same hysterical unpredictability he showed as a faux conservative Fox-like commentator in his character on Comedy Central. That show was to TV what Charlie Chaplin was to silent film. But Mr. Colbert still possesses the old zing.

After muffing a line Wednesday, Mr. Colbert smiled and said “My tongue has already left for Canada.”

Then he spoke of Mr. Trump’s address on foreign policy.

As to Mr. Trump’s threat that “We’re going to be saying ‘Merry Christmas’ again,” Mr. Colbert replied: “In fact, I’m going to start saying it right now because I’m not sure if we’re going to make it to December.”

After saying Mr. Trump’s ascension felt “like an act of God,” Mr. Colbert interviewed God, who spoke from above in a stream of holy light. “What is it with you people?” God said after learning of Mr. Trump’s success. “That’s it. I’m taking away your opposable thumbs. Good luck with making tools. I’m moving to Canada. God out.”

But seeing Mr. Colbert reminds you that the spoof-rich atmosphere of this political season lacks the brilliance of Jon Stewart.

Before leaving the The Daily Show last year, Mr. Stewart’s show was an 11 p.m. appointment viewing (or, at least, appointment recording). Nobody is as good at mixing inane cable clips with bright writing and relentless intelligence. One with a chance is one of Mr. Stewart’s understudies, Samantha Bee, who left his show near the end to start Full Frontal, which runs Mondays at 10:30 p.m. on TBS.

In recent weeks, Ms. Bee conducted a focus group with Bernie Sanders devotees at Café What in the Village, taking on Mr. Cruz for his support of anti-LGBT laws that keep “grown men” from sharing bathrooms with his two “little girls.” Like Mr. Stewart, she showed a video of one of Mr. Cruz’s daughter’s resisting a big kiss from Daddy.

“Give your daughters some credit,” she said. “They seem perfectly capable of fending off unwanted physical contact from creepy men.”

In that a female woman-person might be the next president, it seems out of balance for almost every late-night jokester to be male. Which brings us to offer free advice to Ms. Clinton. In that Mr. Trump is a vain and thin-skinned man, the way to bring out his true rage is to skewer him with humor and ridicule. Aside from Mr. Stewart, no one is better at this than Senator Al Franken, the second-term Democrat from Minnesota.

This is not to suggest Mr. Franken resign and go back to Saturday Night Live or to the radio show he did so well on a short-lived liberal network.

Instead, Ms. Clinton should select Mr. Franken as her running mate. As vice-presidential nominee—always considered an “attack dog”—Mr. Franken could use television, radio and social media to strip down and deconstruct Mr. Trump’s ignorance and pomposity and do it with a sly smile and sarcasm that would chafe Mr. Trumps yoooj ego. What better guest can you imagine on the serious Sunday shows?

Even Fox News would book him.

Along with a sophisticated sense of humor, Mr. Franken is a man of high intelligence. And wouldn’t it be something if the first African American president was immediately followed by the first female president and the first Jewish vice president? Mr. Franken has a solid reputation, a responsible record and the intelligence to think beyond simplistic and scary slogans like “America First.” Many a truth is told in jest.

How about drafting Mr. Franken for a high level of verbal jesting and jousting for the next six months? 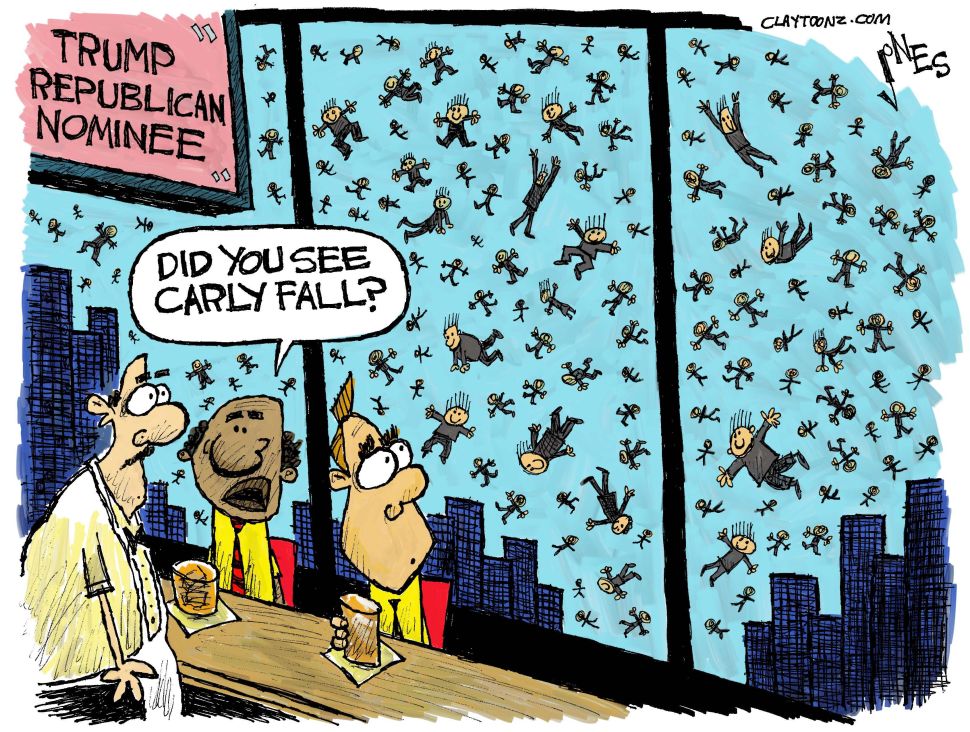