After a series of decisions that, in retrospect, may have been unwise, I am driving from Los Angeles to San Antonio and back. Alone.

I will confess: until I looked at a map, I thought the two cities were closer together. But in order to save face, I left my husband with our three kids and embarked on this fool’s errand anyway.

Up until about an hour ago, the trip was going pretty well. The 1987 station wagon I drove for the first 1,400 miles was surprisingly reliable. It only stalled twice, and only once at high speed. When I hopped out the second time to push it through the Starbucks parking lot, passersby were super-chill. As though they saw women pushing cars and carrying cappuccinos all the time. I did not run out of gas this time, even after I forgot to fill up the tank and drove 19.5 miles past empty. All in all, to quote the policeman who cordially ticketed me in Arizona: “I was surprised by how fast that car could drive.” The lack of air conditioning was a bummer—especially in the desert—but the radio worked, and when I finally figured out the cruise control near El Paso, it was smooth sailing from there.

The problems started when I picked up the other car, or truck rather, from my in-laws’ ranch north of San Antonio. First off, it is a stick-shift vehicle. Which was actually no trouble at all, because, unlike the babe in the movie version of this story, I can totally drive a standard. I’m only including this information because it reminds me what a badass I am. Which is important, given what just happened. I was towing a trailer. Which is also not a big deal, since I hauled a bunch of canoes around for a job after college. But I did misplace my sunglasses earlier today. Which prompted me to stop and buy new ones, along with a cable to plug in my phone, so I could listen to music and podcasts and audiobooks instead of annoying AM talk shows, which seemed to be all I could get on the truck’s radio. I was listening to an episode of WNYC’s Radiolab (don’t worry Jad and Robert, I don’t blame you) when the trailer tire pretty much exploded. I pulled over on a desolate strip of I-10 and thought about what to do next.

This is the point in my story where I feel like listeners might be tempted to insert a lesson: You see, girls, that is why we don’t drive across the country alone.

Except I went into this trip knowing there might be trouble. In anticipation of 2,800 miles of mountains and desert, I took precautions. Both vehicles had tune-ups. New tires, new brakes, topped off fluids—the works. I brought tools and spare parts for fixing the kinds of things that usually go wrong. I had a spare tire for the car, a spare tire for the truck, and a spare rim for the trailer. I had two emergency bags with , flares and a tire-patch kit.

But none of those safeguards prevented the blowout and ensuing (small) fire after I drove twenty miles to the nearest town on the rim.

So now I am sitting in a Burger King in Fort Stockton, Texas, (population: friendly), listening to an audiobook, eating the first Whopper, Jr. I have had since college, and waiting for a mechanic that the nice cashier Maribel called to see if we can fix any of this.

Maybe we can. Maybe it will be 20 minutes and some lug nuts. Hopefully, 75 bucks from now, I’ll be on my way.

Maybe it will be trickier. There is a pretty big hole where the fender used to be. The brake rotor looks melted, too. My choice to drive for help might have messed up the axle. It’s possible the trailer will live out its days here in west Texas, while I head out with the pickup truck, my Radiolab podcasts, a little less dignity, and this novel I’m listening to about women of the French Resistance in WWII.

But here’s the thing: I am a grownup girl and perfectly capable of navigating all this. While the breakdown has been inconvenient, it is not a catastrophe. If I am to raise my own daughters to be independent and brave, to demonstrate chutzpah and panache, I need to blaze some trails, even occasionally on one wheel. Adventures are worth the mishaps. I want my kids to live in possibility, not fear, and to know that surmounting an obstacle or eight makes a person stronger, smarter, and more comfortable in her own skin.

In The Nightingale, one woman risks her life to transport Allied soldiers across the border into Spain. Another forges identity papers and hides Jewish children. We all like to believe that—in the face of danger or injustice—we, too, would do the courageous thing. But how will we ever act with valiance in the face of peril if we don’t occasionally practice a little everyday pluck?

I may have sacrificed some time today, some nutrition, and maybe even a whole trailer, but for me, the message is clear: You see girls, this is why we drive across the country alone.

Annmarie Kelly-Harbaugh is a mother, teacher and dog lover, an above-average cook and a below-average housekeeper. Both a dancing queen and a brick house, she is an avid reader of cooking websites, running magazines and articles that promise she’ll lose weight fast. Follow her at DadvMom.com 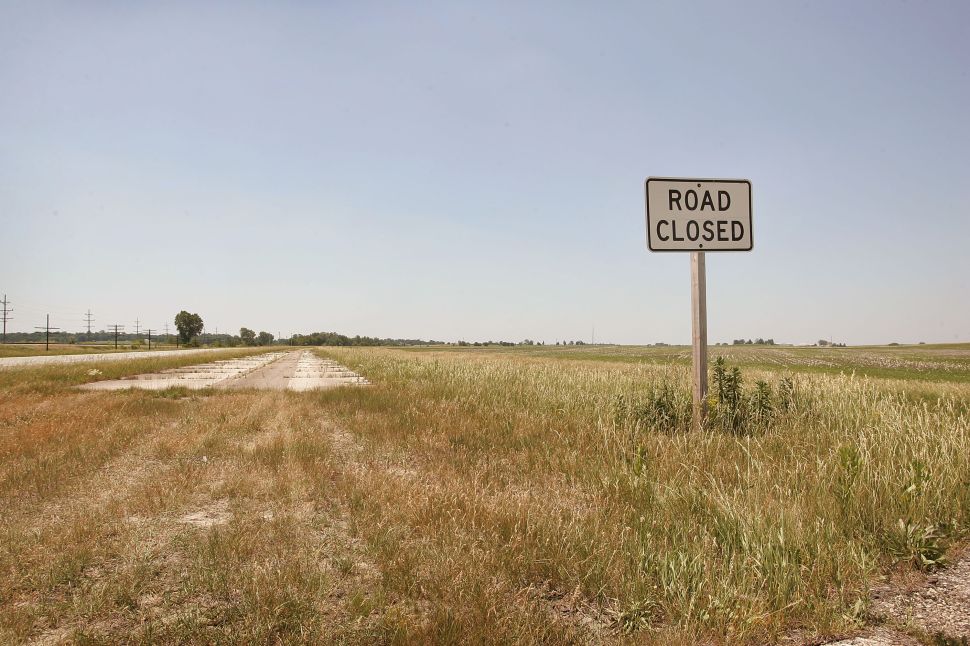