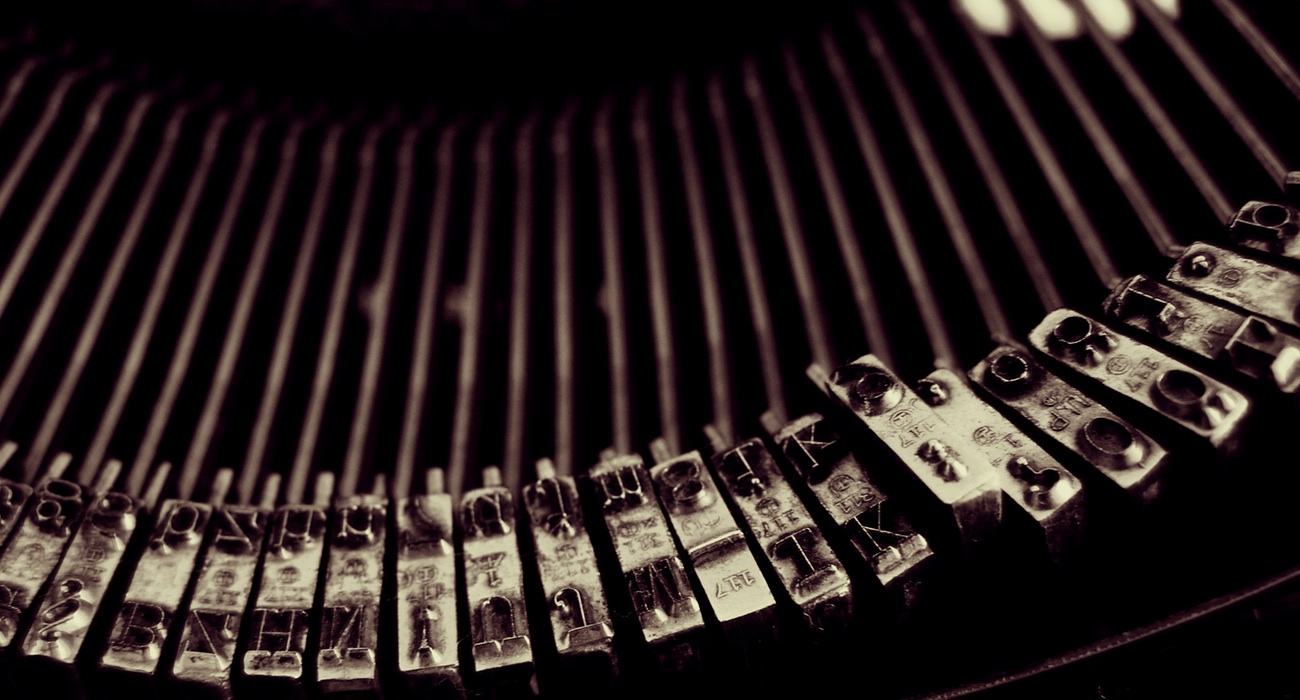 In a space of so few words, I can only tell how my writing journey began. (Photo: Csabi Elter/Unsplash)

As a writer still writing even as I approach the age of 90, someone once asked me to share my story. I lay down on my Thinking Couch beside my desk, and began to comb memories out of my hair. Immediately, I realized something. Four little words were all I needed: “I love to write.” But I didn’t always know that. Here’s how I found out:

“Eisenberg! The CO wants to see you!”

I was 18, a PFC relaxing on his bunk in an abandoned SS barracks in Flossenburg, Germany. The war had ended two weeks earlier.  Danger had disappeared. Boredom had set in.And boredom was on Captain Ingraham’s mind, too.

“Private,” he said, “Your file says you’ve had two years of college. The Krauts left a mimeograph machine behind. Write me a newspaper.”

That—on a portable typewriter I’d traded for in town for a carton of Lucky Strikes—is how The Co. K Rifleman was born. A career was born, too. “Hmm,” I thought, “I want to do this for the rest of my life.”

But magazines were where that career started. Out of a clear blue sky.

I had just finished college (on the GI Bill and owing nothing) and was enjoying a summer job writing The Grossinger Tattler served up to guests with dinner at a legendary resort in the Catskills.

I opened the local Liberty Register one morning to find this front page story: PARACHUTIST FALLS 2,000 FEET AND LIVES. I grabbed a note pad and pen, drove to the Monticello hospital, and found Gabby Garbutt cheerfully joking with a nurse about his fractured right arm, left leg, and five ribs (he’d rolled into a ball and landed in a marsh) discussing plans for jump 184. I sold my interview to Flying magazine for five weeks salary—$125—and jubilantly asked Teddy Howard, the hotel photographer, to take a picture of my first free-lance check.

But there was more to come. The article ran in April ’49, and 51 years later it ran again as part of a “Best of Flying” series. A surprised pilot buddy phoned me to report the unexpected byline. My phone call embarrassed the editor who had apparently assumed I was a dead and buried writer. I settled for $750.

The writing life—all 71 years and wonderful moments of it, the opportunities to meet people more interesting than I, to discover and record the lows and highs of their lives—that writing life has been good to me. The memories still exhilarate, still turn wrinkles into grins.

There was that two-month top-down honeymoon through Florida in our glossy new Chevy convertible with me mercilessly inflicting rhyming word games like Inky Pinky on Arlene because I wasn’t sure my beautiful but shy 18-year-old bride was as smart as I wanted her to be. It was 20 years before I learned (she never bragged about it) that Arlene’s IQ was a dozen points higher than mine.

There were stories everywhere. The moonshiner—his still  recently raided—who leveled his shotgun at us when we drove up his driveway in search of a story. He relented when I, nervously wondering if it would blind me, downed a shot of his home-made firewater, he invited us in to Sunday dinner. Intrepid Art McKee, diver-owner of the Museum of Sunken Treasure who said that, yes, I could interview him, but only if I bought five shares in his museum at $10 apiece. (I said okay, figuring he’d be good for at least one $200 article. He was.)

I took a chance on the circus winter quarters in Sarasota. That led to Requiem For A Giant, a brooding piece in Show magazine about 9’4” Ted Evans who drove his car from the rear seat, hated his height, and needed an oversized custom coffin when, dying in his mid-30s, he completed what he felt was a Freak Show hell on earth.

Colorful lion trainer Oscar Konyot introduced me to John Ringling North at the Ringling Hotel bar. “How can you write about Oscar without going into the cage?” North teased.  Arlene, wondering if she was about to go from newlywed to widow, bravely shot photos from outside the cage, earning us an extra $50 from Saga magazine.

Arlene wasn’t a writer then. Her first Girl Scout merit badge was for parenting, and all she wanted to be in those PBF (pre-Betty Friedan) days was a great wife and mom. But then, after dozens of sales to men’s adventure magazines, came my first major magazine assignment: a “Ten Things My Mother Taught Me” piece for Mother’s Day.

I had two weeks to write it, but was  instantly struck by a Writers’ Block thunderbolt. All I could do was rewrite the lead. Over and Over. And Over. This was the Big Time. It had to be good.

Finally, the Sunday before the Monday it was due, Arlene quietly said, “Move over.” She slid behind my Smith-Corona Electromatic and two hours later a well-constructed piece was ready for me to polish.  I’d always secretly hoped to marry a writer. Now, for the first time, I was able to type this byline: “By Arlene and Howard Eisenberg.”

The 30 gold records, the TV show, and the Hollywood years with Eddie Fisher, Debbie Reynolds, and (on the fringe) Liz Taylor came later. So did the five books and hundreds of national magazine articles Arlene and I wrote together—until daughter Heidi hijacked her to collaborate on their biblical “What to Expect When You’re Expecting.”

In a space of so few words, I can only tell how my writing journey began. It didn’t end when I lost Arlene to breast cancer 14 years ago, but the 40 years we shared a byline, a bedroom and, three kids who became both darned good writers and darned good people were not only a unique journey, they were absolutely beautiful.

Since Arlene left me, I’ve written a musical, a film script, a one-man show, two adult books, three children’s books (the rhyming riddling Guess Who  series) and a book of poems about toddlers for parents and grandparents  (Adorable Scoundrels). But I’ve still got a lot of rabbits to chase. I’m hoping that—to ungrammatically quote Al Jolson, “You ain’t seen nothin’ yet!” We’re all approaching 90. I just happen to be closer to it than most. Philip Roth quit writing at 80. Alice Munro called it quits at  82.

Maybe they weren’t having as much fun as I am.

Howard Eisenberg is an author, journalist, playwright, songwriter, and poet. He does not, however, pretend to be a master of any of them, just a joyful practitioner. 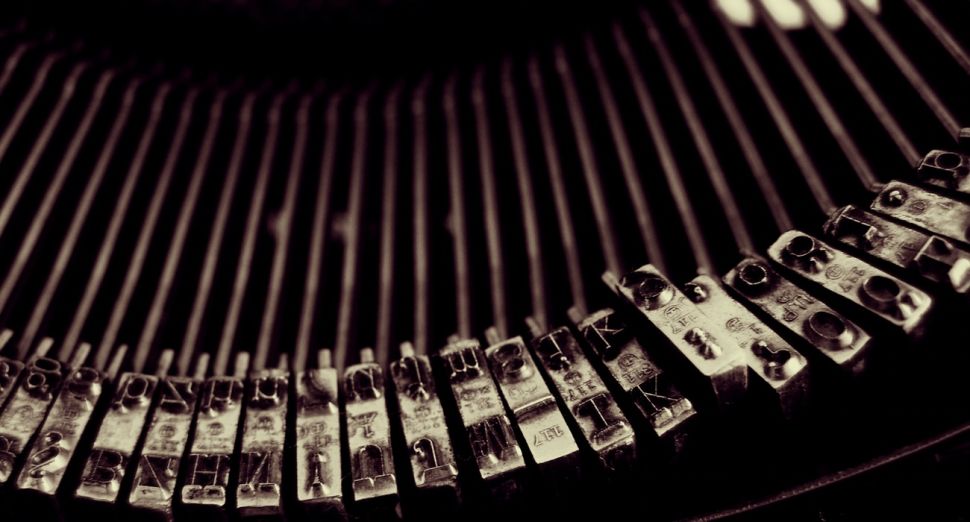