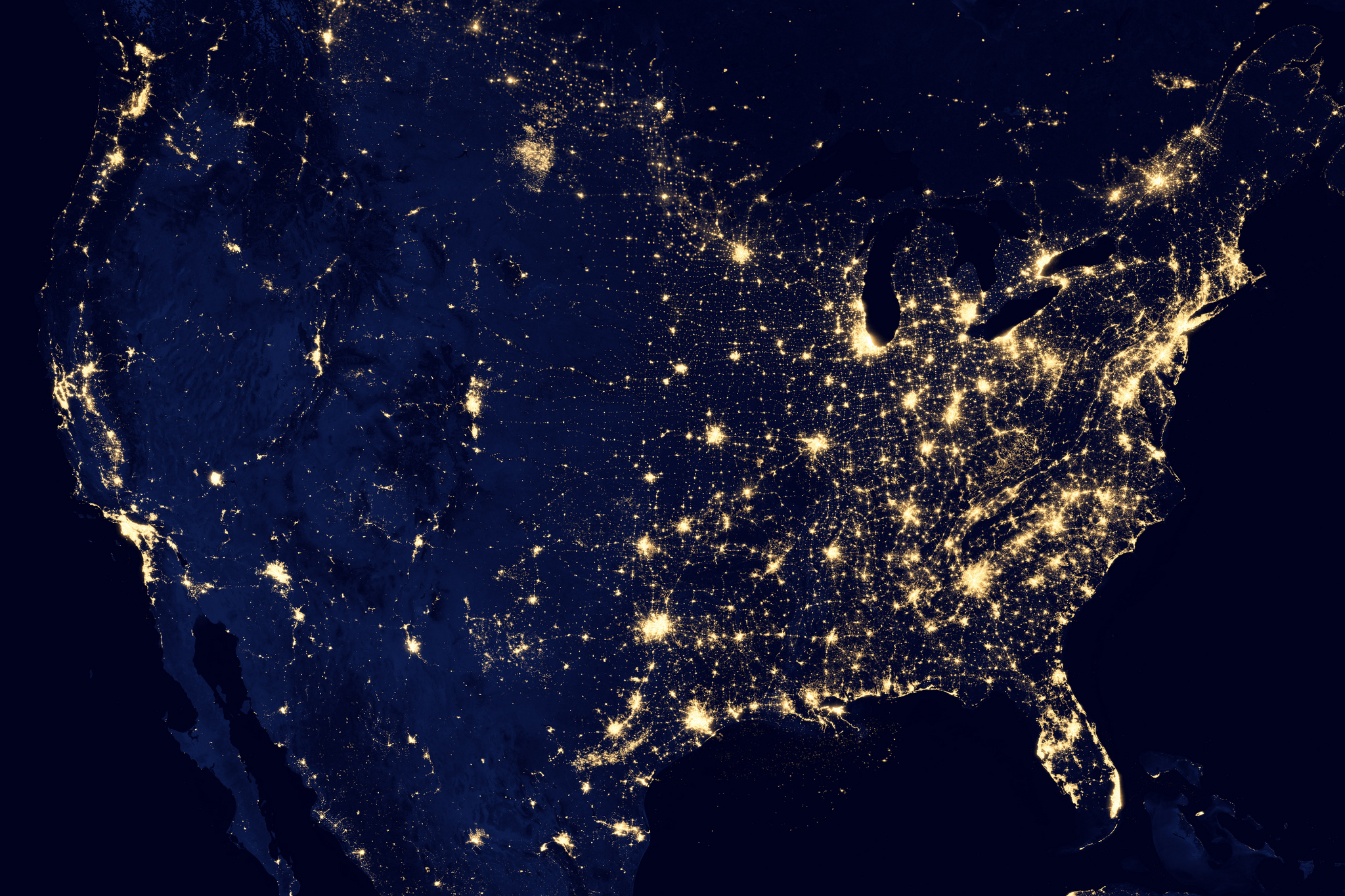 I squinted out the window of the Humvee into the small Iraqi town we were patrolling. It was another routine patrol, conducted by soldiers who didn’t know why they were there, being watched by Iraqis who didn’t know either. Over that year I watched destruction on a human level, along with millions of dollars in taxpayers’ dollars burn up. The money was earmarked to build new nations in the middle east, but it wasn’t being invested to the create new business or jobs. Throughout our most recent wars, America has created an estimated $4 trillion to $6 trillion of debt and liabilities for future generations. As I stared out the Humvee that day, questions swirled in my mind. How do we help the global economy evolve so it doesn’t allow or reward destructive wars?

When you’re facing dangers every day, they can become a powerful mental catalyst. I lost my interest in the symptoms of the problems all around me. Instead, I became obsessed with attacking these problems at their root, specifically by reimagining trade. The beauty of improving voluntary trade is that it becomes a force that educates. As goods and services are transacted with greater ease, new marketplaces spring up which nudge their participants toward good deeds. The natural byproducts are new jobs that distribute more purchasing power to all participants.

After two deployments, I left the military and started working to turn my ideas around reimagining trade into a startup. My wife and I moved to Washington, D.C., where I entered the idea maze and found a crisis brewing.

Washington, D.C., Basic Income and the Power of Exit

In D.C., the worry on everyone’s minds was creating new jobs. Everyone was caught up in an academic paper by researchers at the University of Oxford. In the paper, the two economists forecast that over the next two decades, over 47 percent of jobs are at risk of becoming automated. In order to address the coming jobs disruption, popular academics like Martin Ford have suggested ideas like basic income. Basic income is the idea that the government will figure out how to get money for everyone. This is a troublesome proposition, as government social and welfare programs yield questionable returns on investment, and few of them train candidates for emerging jobs requiring STEM skills.

At the time, I was working on a startup to empower consumer trade. I realized I had made the same errors as basic income. I had a social good-themed thesis that was easy to discuss, but like basic income, it wasn’t a viable solution for the long term. After a short time of navigating the idea maze in D.C., it became clear that my startup would not help create enough new full-time jobs.

It also was obvious that innovation and bold thinking were difficult (to say the least) in the D.C. ecosystem. So, down but not out, I scrapped my startup, but I kept looking for a solution. Around that time, my wife told me I needed to be in the Bay Area.

Not one to argue with her, we picked up and moved across the country.

As we arrived in Silicon Valley, it was evident that the future and abundance were already here. I was introduced and welcomed into an entirely new world of risk takers. They weren’t waiting for deus ex machina ideas like universal basic income to arrive and solve the jobs crisis. Instead, they were busy building companies to address global challenges, starting in America. Their reasoning is sound as the rest of the world is already copying and mimicking America at a frenzied pace.

As someone who’s traveled the globe, I can confirm this first hand. So many people outside the U.S. are dressing like us, learning english, making enormous sacrifices to get their families here and looking to us for leadership. As Peter Thiel says, developing the developed world by focusing on improving America seems a bit selfish to some. But by focusing on improving the institutions and systems that everyone is already following, it recognizes the sacrifice of those abroad, and it might be the best way to distribute abundance.

One of the first people I met in the Bay Area was also a veteran who was working on a similar trade-themed idea, except he was focusing on making trade amongst technology companies easy. We immediately bonded over the idea that by making trade between businesses easier, they could do what they do best: create new jobs.

As we worked together, we saw that technology businesses had millions of dollars in assets, services, and software that wasn’t being fully utilized. We wondered, What if you could share or trade those dormant assets with other businesses who needed them? If you could build a network that made trading and sharing assets between businesses easy, you would increase their purchasing power and lower expenses. That ripple effect would create new jobs, or at the very least new contracting opportunities. Most importantly, each of these companies have the context and domain expertise to know precisely what new jobs need to be created.

“During the past three decades, startups in the United States have created nearly 40 million American jobs, all the net job creation in the country over that period.” –Steve Case

The economic data supporting this thesis is strong in the Bay Area, where each new tech job leads to the indirect creation of 4.3 new jobs. On a national level, venture backed technology companies are powerful economic growth engines. If we look at venture capital backed technology company investments between 1970 and 2008, their revenues in 2008 accounted for around $3 trillion of U.S. GDP, and for every $1 invested, they’ve returned $6.36.

After testing our thesis with beta customers, we started Twist.com to increase the purchasing power and lower the expenses of businesses. If we get those two variables right, one of the byproducts is growth. And growth means new jobs.

Emerging From the Idea Maze

“But really it’s competition, not business, that is like war: allegedly necessary, supposedly valiant, but ultimately destructive.” –Peter Thiel

For us, Twist isn’t a company. It’s a mission that is the result of years spent deployed, navigating the idea maze, testing, building, tinkering and talking with small business and technology companies. By helping these companies trade, we’re reducing competition between them, fostering collaboration and increasing the speed at which they can create new jobs.

In Silicon Valley, we recently saw Dropbox cut $38 million of expenses. It’s clear that winter (or a slight chill) is coming from investors, who want to see lower burn rates. Technology businesses need more purchasing power and lower expenses, not just to grow…but to survive. Twist helps these companies move the needle on these two variables and empowers them to create new jobs and freelancing opportunities at a pace America needs.

Today, we’re excited to open up our alpha of Twist.com, a network of companies sharing and trading assets.

Twist is a network of companies sharing and trading assets. (Photo: Twist.com)

It’s estimated that 30 percent of the global economy runs on trade or barter, and 65 percent of the corporations on the NYSE trade amongst each other. Twist is making this trade seamless.

Imagine a future where worrying about new jobs is foolish because there is an endless stream of them available at American companies. I see a future where businesses can focus on what they do best, while Twist takes care of capitalizing on the rest.

We believe a rising tide lifts all boats. If you’re a business or technology company with real assets or software you want to trade, we encourage you to sign up for Twist today. If you’re here in SF and you want to help build a new kind of global economy, I’d love to hear from you.

Chad Grills is the co-founder of Twist.com and a veteran helping tech companies hire vets at VetTechTrek. 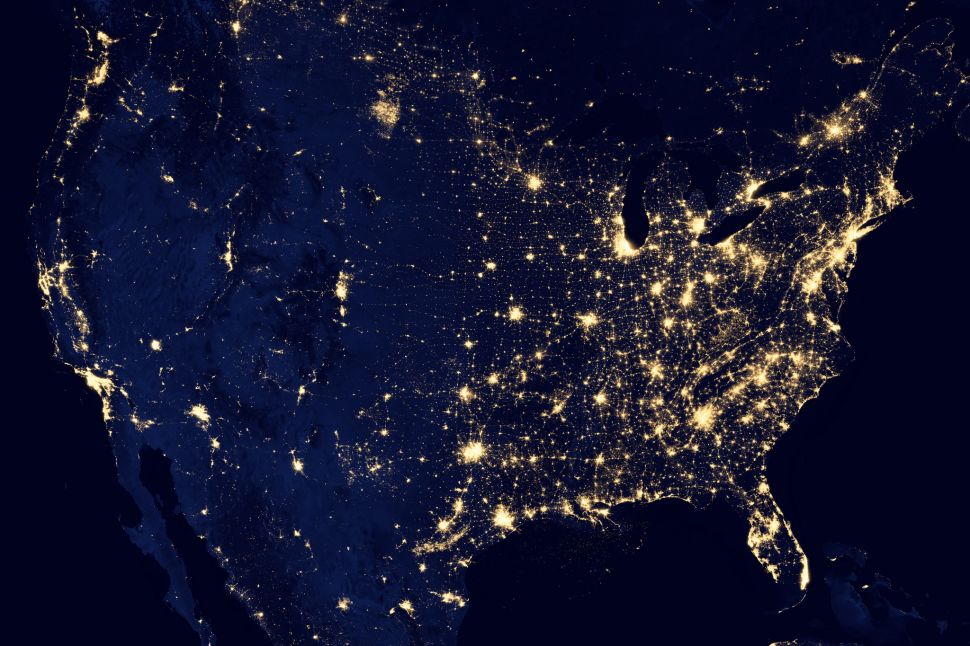