TRENTON — Lawmakers unveiled a compromise between the two houses over a state takeover of Atlantic City Monday. The new bill will offer the beleaguered resort town 150 days to balance its 2017 budget, far short of the two years Assembly Speaker Vince Prieto (D-32) agitated for throughout his negotiations with Senate President Steve Sweeney (D-3). The bill advanced in committee that afternoon in a unanimous vote. Assemblyman Erik Peterson (R-23) abstained.

Apart from that five-month grace period and the removal of a Senate amendment allowing Atlantic City’s remaining casinos to opt out of a PILOT agreement if casinos open in North Jersey, the bill is much the same as Sweeney’s Senate bill.

Mayor Don Guardian, who likened the takeover effort to a “fascist dictatorship” when it was first announced, said that cuts will be challenging, but told the committee he is satisfied with the amendments.

“It’s going to be a tough road for us to meet,” said Guardian, acknowledging that lawmakers have had to delay other state business in the chaos. “We’re going to be a good cash cow for the state once again.”

After the bills cleared committee, Prieto said those cuts could run from $80 million and $100 million.

If Guardian and the city council are unable to balance their 2017 budget, or if the state believes they have mishandled their finances at any point in the next five years, Sweeney’s bill would go into effect.

If the state is not satisfied with the city’s plan to cut costs in 2017, the state Local Finance Board would still have the authority to break union contracts and sell off city assets like the Municipal Utilities Authority, which controls the city’s water.

“What they’re looking for is predictability,” said Assembly Majority Leader Lou Greenwald (D-6), a Sweeney ally. “You are not in this alone,” he told Guardian.

“This is not a problem of your making,” he added.

The bill would only establish precedent for state intervention if another New Jersey municipality sees a similar 50 percent dive in its ratable base in a comparable amount of time. In a statement, Prieto described that possibility as unlikely enough that the bill effectively applies only to Atlantic City.

“Unlike the initial bill, this pertains only to Atlantic City and is not an immediate state takeover,” Prieto wrote. “Instead, Atlantic City’s locally elected officials will get the chance to right the ship. They will have 150 days to devise a plan to balance next year’s budget and prepare a five-year plan to get their finances in order.

“That’s far different from the unreasonable and unworkable demand to cut a per capita budget statistic in half in 130 days,” he added, referring to Sweeney’s initial offer.

“This legislation is modeled on the proposal offered by the Senate President and myself 40 days ago and represents a renewed hope for Atlantic City,” said Greenwald in his owns statement. “This is the solution we have been seeking for many months, and I’m proud that we were able to achieve a responsible public policy outcome when the stakes were the highest.” 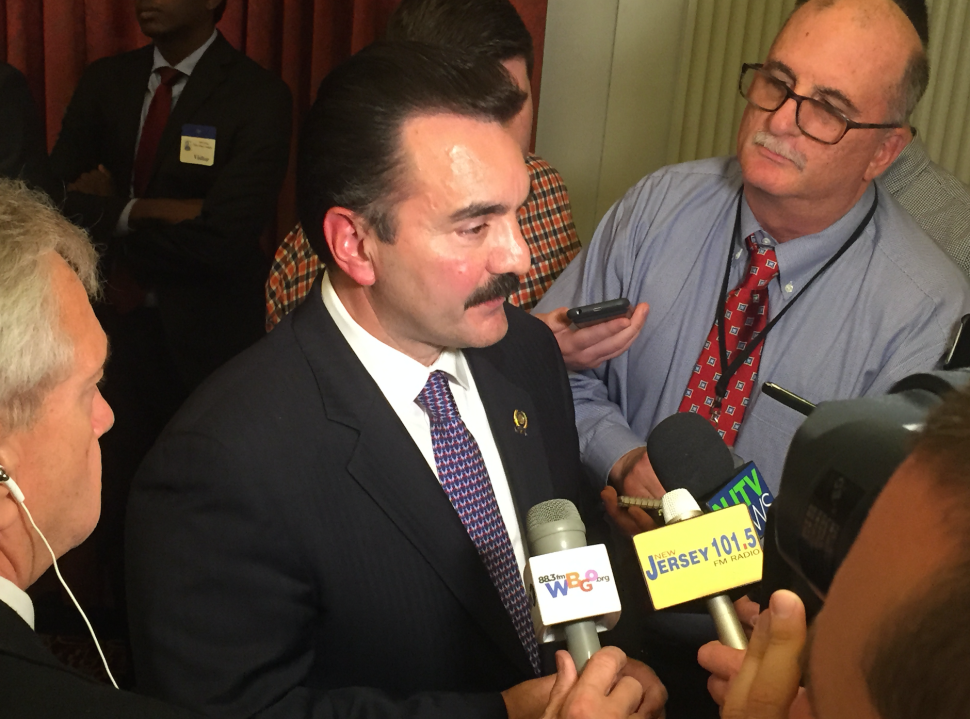