After a fire destroyed a historic Serbian Orthodox church two weekends ago, the largely Serbian congregation of about 700 has begun to regroup. According to a spokeswoman, many churches from around the city had offered to host the congregation until it can return to a rebuilt Cathedral of St. Sava. Church officials hope it can remain at the same location on West 25th Street, built in part with tens of thousands of dollars in donations that the congregation has already received from around the world. For now, churchgoers are gathering in Gramercy Park’s Calvary Episcopal Church.  (Wall Street Journal)

Public schools in the state are scrambling to comply with new state regulations on the treatment and teaching of students who are learning English. Over 10 percent of all students in New York City has a large percentage of students in the process of learning the language. Despite this, on-time graduation rates are less than half those of native English speakers. The regulation, which includes stipulations such as requiring an English language teacher to be present in classrooms with non-fluent students, are meant to bridge the gap. However, many schools are having trouble finding the staff and resources to implement the new standards. (New York Times)

Following revelations in The New York Times last year about poor labor conditions and unpaid wages in the nail salon industry, Governor Andrew Cuomo put together a task force to investigate salons in the state. Now, the governor is set to announce that of 450 salons being investigated, 143 of them have been ordered to pay back wages and overtime to 652 employees who worked for less than the state’s $9 minimum wage or were not paid overtime. In total, the salons have been ordered to pay $2 million. Some salons were targeted for investigation based on prior complaints, and the rest were picked at random. (Daily News)

FBI agents raided the homes of former Governor Cuomo aide Joseph Percoco and lobbyist Todd Howe as part of a continuing federal investigation into Albany corruption, according to the Post. Both men have longstanding ties to Mr. Cuomo, and Mr. Percoco has been in the news recently for allegedly informally continuing his work for Mr. Cuomo, even after having left the public sector for a top job at Madison Square Garden. The probe involves suspicions of improper lobbying and undisclosed conflicts of interest. Mr. Howe was fired from the Albany law firm Whiteman, Osterman & Hanna last week after state officials were barred from contact with him. (New York Post)

Every New Yorker knows that the MTA can give harried straphangers a thousand different reasons for Subway delays, but the cause for local service on this morning’s Manhattan-bound 7 trains was one riders probably hadn’t heard before: witches. Due to a typo on the MTA’s website and Twitter accounts, the delay was blamed on “witch problems at 33 St.,” leading to puzzlement from even the most tempered commuters. Though the mistake was quickly fixed, it led to a flurry of delighted social media activity, with users posting jokes and Photoshopped images of witches disrupting train traffic on Twitter. (DNAinfo) 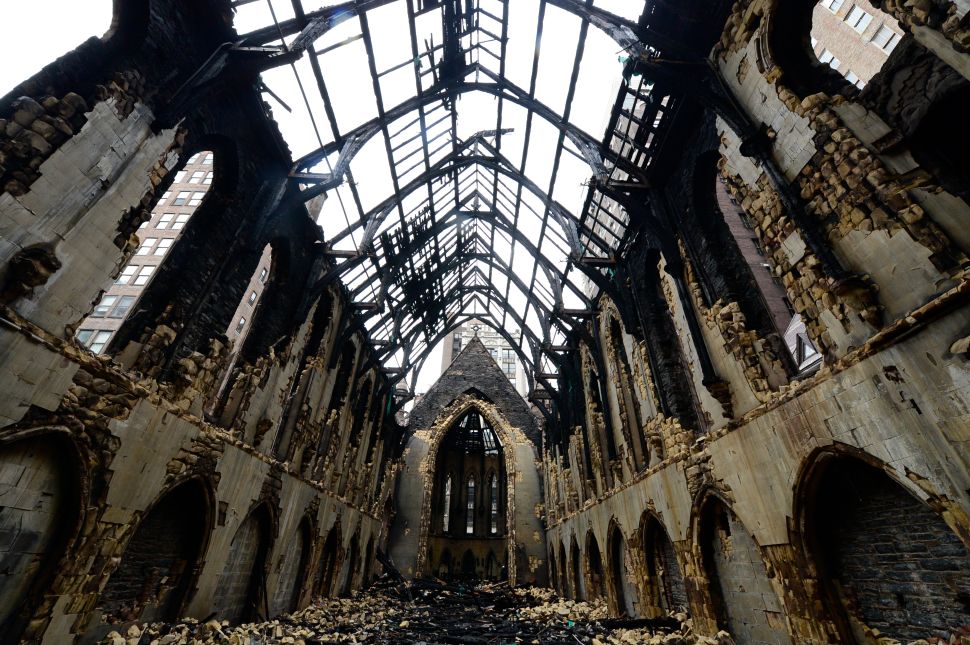