A historic Serbian Orthodox Church in the Flatiron district of Manhattan was consumed by flames Sunday, shortly after its congregation had finished their Easter festivities. It is not clear if anyone was inside the structure when the fire began at the Serbian Orthodox Cathedral of St. Sava shortly before 7:00pm, and no deaths or serious injuries have been reported. 168 FDNY personnel collaborated to put out the blaze, whose cause is not yet known. A spokesman indicated that the origin of the fire did not appear to be suspicious, but added that the extensive damage might prevent investigators from discovering the cause. (New York Times)

Contractors working at the former Domino Sugar Refinery in Williamsburg, which was purchased by Two Trees Management in 2012 in order to build residential housing, used a forklift to move a local family’s legally parked SUV onto the curb. The operation, which was partially caught on video by a neighbor, caused $2,600 in damages to the car, which the family had just purchased. A spokeswoman for Two Trees blamed the contractors, Yonkers-based RNC Construction, for the incident, and indicated that RNC would pay for the repairs to the vehicle. (New York Post)

Joseph Percoco, a former aide to Governor Andrew Cuomo who went to work for Madison Square Garden Co. in January, has drawn scrutiny for apparently continuing to serve as a de facto Cuomo aide even after he left the state payroll. It now seems that Mr. Percoco contacted Albany lawmakers on behalf of the governor during March budget negotiations. Mr. Percoco had already been seen at the January State of the State address, after starting at Madison Square, wearing government credentials, raising the prospect that he could be influencing public policy on behalf of his new private employers. He is now under federal investigation for conflict of interest violations. (Wall Street Journal)

Longtime Congressman Charles Rangel has endorsed Harlem Assemblyman Keith Wright for New York’s 13th Congressional district, which Mr. Rangel is vacating upon his retirement. The move has been long expected among political observers, given Mr. Wright’s status as an ally and protégé of Mr. Rangel. The seat hasn’t technically been open since WWII, when Adam Clayton Powell, Jr. was elected, and several contenders are vying to win the heavily Democratic district’s primary in June. Mr. Rangel took the opportunity to criticize two of the contenders, State Sen. Adriano Espaillat and former White House aide Clyde Williams, for a lack of commitment to the election and an influx of cash from Wall Street and Washington, D.C., respectively. (Observer) 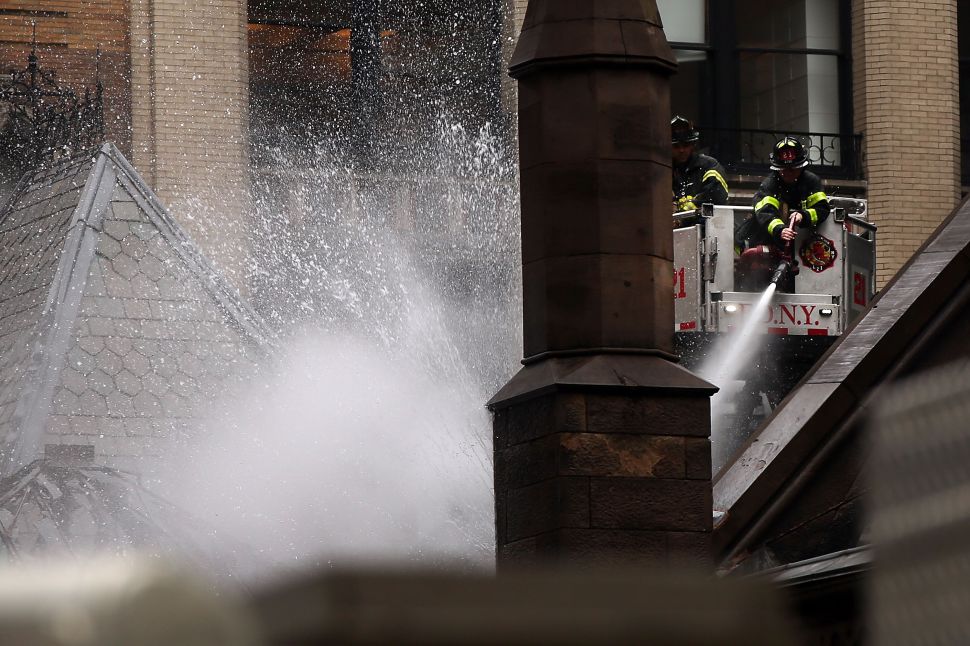