Let’s be honest, most DJ names are stupid. Which means, when we received the lineup for this summer’s MoMA PS1 Warm Up—an annual exercise in sweaty sexual contact disguised as a “curated” public concert series that presents “the best in experimental music, sound, and DJs” (we dare you to go to Warm Up and not come back with an STD that is native to Northern Brooklyn)—we were pleasantly surprised to find that not much has changed in the history of club music in the 19 long years this series has existed: much like Lay’s increasingly odd combo flavors, half of a DJ’s mystery is in the name.

So, to usher in this season’s Warm Up, we have chosen our favorites DJ names, ranked them in order of absurdity, and guessed their musical flavor based on purely on phonetics.

MC Bin Laden—This was an ill-advised choice. While we’re sure an act hailing from São Paulo but named for the 21st century’s most hated terrorist fuses traditional latin beats with cut and mixed stylings from the Middle East, is he really going to ever be allowed to play in a red state? Seriously, who names himself MC Bin Laden and doesn’t expect security at his show to be a nightmare? Also, WTF PS1? Considering the ultra-sensitive art audience that frequents your domicile, was there no discussion over this performer’s name? But there’s hope yet in Bin Laden’s accompanying act, KL Produtora, who may either be an alien or an anti-depressant.

Guiddo—It’s pretty obvious what the issue is with this name if you’re up on your racial slurs. But, this is also just a legit name in some circles, so it could go either way. Venetian dubstep?

DJ Paypal—Layered house inspired by the sounds of money disappearing over the Interwebs, and identities being stolen by Chinese hackers. The side acts here are also just hashtags: #Teklife, #Brainfeeder, #LuckyMe.

Eartheater—Environmentally conscious stoner metal blessed by the goddess. Like Eartheater, opening act Hausu Mountain is also comprised of militant vegans, but unique for their transcendent brand of hardcore made from the sounds of the wind.

Juliana Huxtable—There’s actually nothing snarky to say about Juliana, she’s the real deal and we just wanted to give her a shout out. Ms. Huxtable is a well-known figure on the Downtown New York art scene. The photographer, painter, and poet was a breakout star in the New Museum’s 2015 Triennial. Actually really looking forward to this one.

Kenton Slash Demon—May he slay us all.

To compliment the entertainment, there’s eatery and bar M. Wells Dinette, but sadly they no longer serve horse meat, so you’ll have to get your exotic meat kick elsewhere. There will also be an architectural installation by Mexico City-based firm Escobedo Solíz Studio featuring a canopy of colored rope and a wading pool. (The adult playground is sure to be a crowd pleaser.)

Below, the full lineup for MoMA PS1’s 2016 Warm Up, presented without comment:

+Live Act To Be Announced

+Live Act To Be Announced

(Additional artists will be announced throughout the summer.) 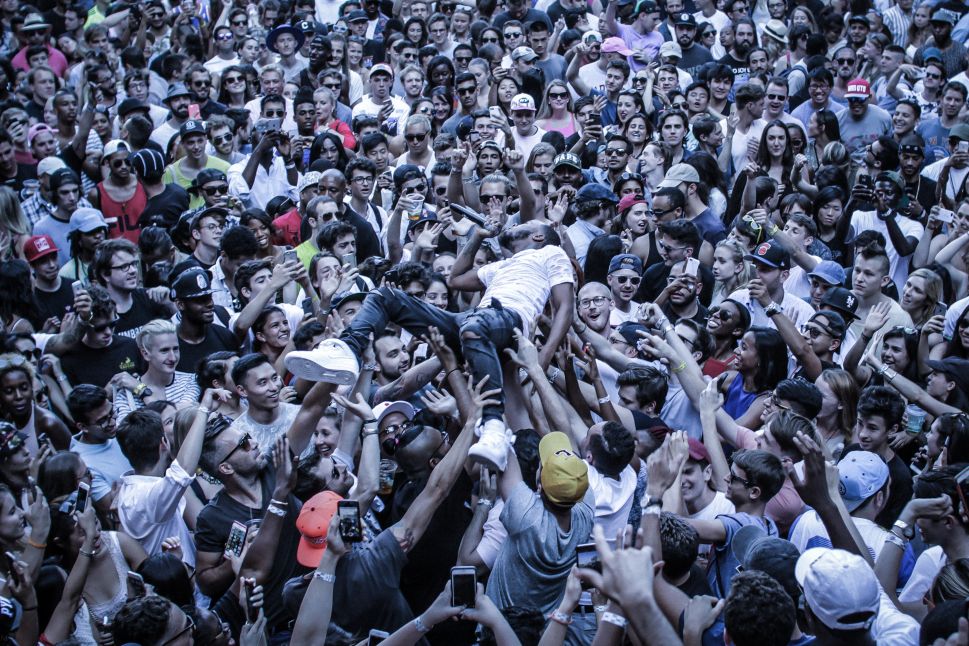