What began as a contest between 17 candidates has finally been whittled down to one. And I reprise my earlier claim that if you had told me Ohio Gov. John Kasich would be the last candidate to drop out, I would have laughed in your face.

Well, who’s laughing now? New York businessman Donald Trump, that’s who. After Mr. Trump won the Indiana primary Tuesday night, his closest rival (who was hundreds of delegates behind), Texas Sen. Ted Cruz, announced he was suspending his campaign. Even though Mr. Kasich was still in the race, he had been previously eliminated mathematically since he needed more delegates to win than were actually available. On Wednesday morning, Mr. Kasich announced he was suspending his campaign, making Mr. Trump the presumptive GOP nominee (let the Speaker Paul Ryan conspiracy theories fly!).

So now that the GOP has its nominee, let’s take a trip down memory lane and see how we got here, by examining all the candidates who dropped out and why they did so.

Poor Rick Perry. He went into 2012 with strong conservative credentials but quickly flamed out after a series of weird missteps, including his infamous “oops” moment in a debate. He had a lot of embarrassment to overcome in 2016, but he couldn’t overcome it, and he became the first casualty of the election.

Mr. Walker had one of the most disappointing campaigns of 2016. He was a candidate for all of 70 days, and he entered the race as the person to beat. But his campaign quickly fizzled once Mr. Trump got into the race and the Wisconsin governor failed to adequately answer random press questions.

Mr. Jindal declined to run in 2012, which probably would have been a better year for him. In 2016, he never gained real traction and was relegated to the undercard debates until he dropped out. His story and his message were pretty solid, and he was probably the best candidate when it came to the issue of Obamacare, but his campaign never really popped under the light of Mr. Trump.

I didn’t cover the undercard debates because, seriously, none of those candidates had a chance. But if I did, each debate would include Mr. Graham’s best zingers. From occasionally self deprecatory to acerbic, he made watching the undercard debates bearable. Sadly for Mr. Graham, Americans aren’t interested in another war, so his hawkish approach to the Islamic State turned people off.

Mr. Huckabee dropped out after placing 9th in the Iowa caucus. Iowa should have been one of the best states for his social conservatism, but he couldn’t even come close to winning. He began his campaign on the main debate stage, but was quickly sent to the undercard debate as his poll numbers declined.

A lot of people had high hopes for Mr. Paul, myself included. He was supposed to be able to appeal to Independents and grow the Republican Party. But after his campaign faced money problems and low polls, the staunch Libertarian dropped out. He couldn’t even do as well in Iowa as his father, Ron Paul, had in 2012.

Mr. Santorum ran because he came in second in 2012. The Republican Party has a big problem with nominating the next in line, so Mr. Santorum seemed like an obvious choice. But in the age of the Internet and has-beens, his campaign never really took off, and he was forced to endure the undercard debate until he dropped out. He came in 11th in Iowa, behind New Jersey Gov. Chris Christie.

It was my elderly horse’s birthday, and I was visiting her when I got the news about Mr. Christie. I believe my reaction was: “About time.” This for the man I helped pass out literature for in 2009 (before I settled on commentary/journalism as a career). Mr. Christie never had a place in the GOP primary once Mr. Trump entered the race. Mr. Christie was supposed to be the brash, tell-it-like-it-is Northeasterner, but Mr. Trump quickly claimed that title and then some, overshadowing Mr. Christie. The New Jersey governor has since endorsed and campaigned with Mr. Trump, so maybe he’ll get a job in the mogul’s Cabinet.

Ms. Fiorina was the only female candidate among 16 men, and she held her own. She blew away her competition in her first undercard debate and earned a place in the main debate. She then needled Mr. Trump over his comments about her face and proved why she belonged on the main stage. But her campaign failed to capitalize on her newfound popularity, and her poll numbers quickly dropped until she was back in the undercard debate. She later endorsed Mr. Cruz and was announced as his vice presidential pick if he were to win the nomination (which he didn’t).

Mr. Gilmore, the man who couldn’t even qualify to be in all the undercard debates, outlasted nine well-known candidates (and George Pataki). He may have been a likeable guy, but the former Virginia governor hadn’t been in a major office since 2002. People had forgotten he existed. In New Hampshire, Mr. Gilmore got fewer votes than “other.”

Mr. Carson got into the race and almost immediately began saying one dumb thing after another. I was previously a fan of his, but after watching him say weird things about the pyramids and appear half sedated at the debates, my image of him was tarnished. He was able to raise a ton of cash, and his outsider, nice-guy persona took him quite far, but he could never be the nominee when it appeared he didn’t know anything about any subject.

As Mr. Bush began to flail, Mr. Rubio emerged as the best hope for the Republican Party (to some). He was young, attractive, articulate, charming, Hispanic and his ideology fell somewhere between Establishment and conservative. Yet somehow he couldn’t convince voters that he was their guy. After failing to win his home state of Florida, he suspended his campaign.

Mr. Cruz had the best ground game of any candidate in the race. He entered the presidential election prepared to do whatever it took to win, but he couldn’t pull it off against an opponent like Mr. Trump. Mr. Cruz went from being despised by the Republican Establishment to somehow being associated with it. It’s like everyone forgot he was behind the government shutdown. Indiana was seen as his last stand, and he couldn’t pull it off. Of course, he had no hope of securing the nomination before that, but his continued presence in the race was thought to give Republicans a chance at a contested convention that would stop Mr. Trump.

That didn’t work out so well.

Mr. Kasich did so poorly that he had fewer delegates than Mr. Rubio even a month after the Florida senator dropped out. His strategy seemed to amount to staying in the race and hoping everyone else dropped out. He even stayed in long after it was clear he couldn’t possibly secure the nomination by winning delegates. It was like the tortoise and the hare, if the tortoise sat around hoping a meteor would take out the hare.

And that just leaves…. Mr. Trump. 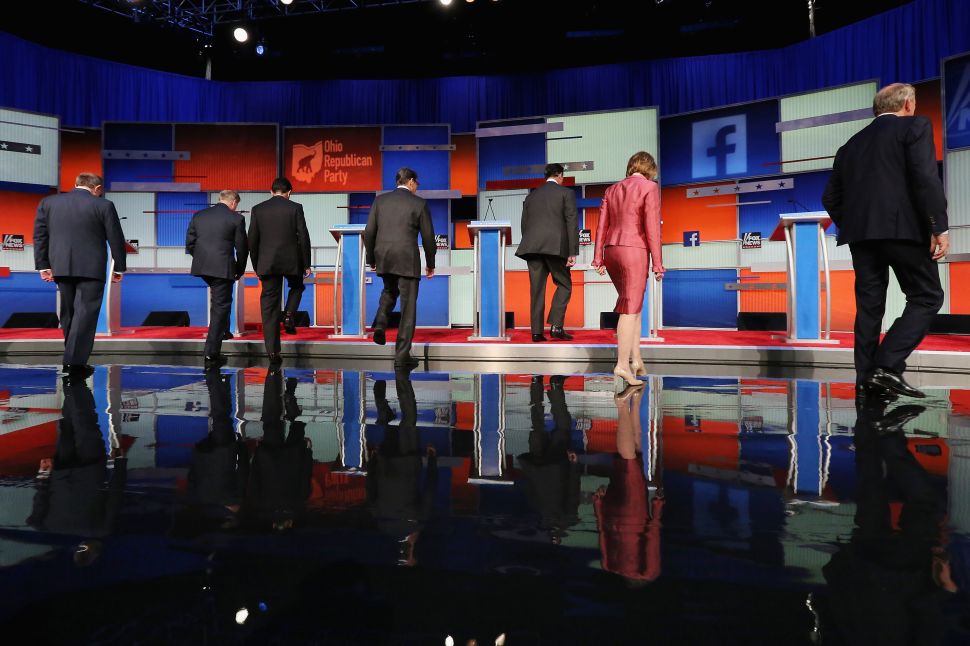