We’re still sorting out WW II, in the art world, apparently, and possibly will be forever.

Italian Renaissance sculptures looted from Berlin’s Bode Museum during the second World War were discovered in the Pushkin Museum in Moscow, according to the Art Newspaper.

The 59 pieces include works by Donatello, Pisano, Andrea del Verrocchio, Francesco Laurana and Mino da Fiesole. They were among some 2 million works that Russian soldiers took as “reparations,” from Germany near the end of the war. Following two fires at the Bode, where the works were ironically stowed for their own protection, Germany presumed many of the works were destroyed.

“Most of the sculptures were damaged, some are even in fragments,” Neville Rowley, curator of Italian Renaissance art at the Bode Museum, told the Art Newspaper. He assisted in the research, conducted by the Prussian Cultural Heritage Foundation, that discovered the trove. “They can’t currently be shown because of the state they are in. But there are plans to exhibit the sculptures at the Pushkin Museum after they’ve been restored.”

In 1958, as a gesture of friendship, Soviet Russia returned the friezes of Pergamon Alter, which are now on display at Berlin’s Pergamon Museum, but in 1996 Russia declared the precious works of art taken during the war their property. Since 2005, German and Russian art historians have been cooperating to sort out where many of the stolen treasures ended up. 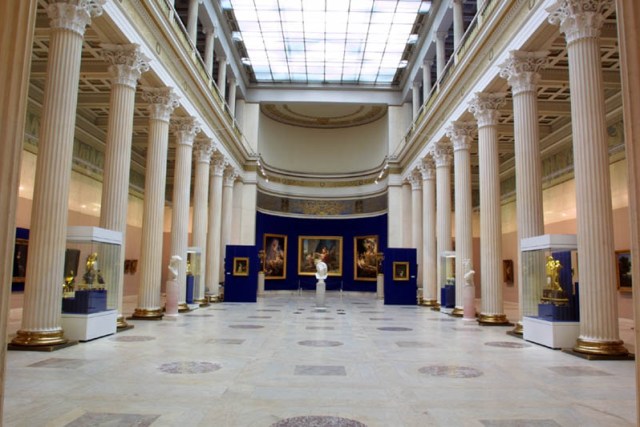