The young Russian pianist Arsentiy Khaitonov made his first appearance in New York last Friday night in Weill Recital Hall at Carnegie Hall, offering a Herculean program of Scriabin, Rachmaninoff and Tchaikovsky. It was surprising to find the house filled to capacity, but when the artist began to play the reason was clear.

In this city there are two ways of advertising an event. The first, extravagantly expensive but less effective, is media advertising, and the second, absolutely free and always on the mark, is word of mouth. New York still has a strong community of knowledgeable concertgoers, and when word is out, they appear, as appear they did this evening.

The most telling sign of a successful performance is not the standing ovation, the bravos that are heard, as they were throughout this concert, but the silence that falls over the hall when the music begins. This kind of silence is rare, and I experienced it only twice in the 50-some events I attended this season. The first was at Dmitri Hvorostovosky’s recital, and the second was at tonight’s performance.

Russian music, like the whole of Russian culture, and the Russian temperament, is expansive, volatile. Musically, the dramatic range is unparalleled in Western European idioms with perhaps a few exceptions. It strains the limits of both technique and emotion, and its meaning runs deep.

Kharitonov, who has a rich imagination and seems able to do anything technically, was at liberty to reach those limits with ease.

His style is unlike any of his contemporaries, and harkens back to earlier times. The Silver Age pianist Alexander Goldenweiser comes to mind. His playing, as does the style of Arsentiy Kharitonov, lies in direct contrast to the Soviet and the post Soviet pianists of the stainless steel age, the age of Olympic gymnastics, the merchandizing of music, of showmanship and an aloof posturing of the emotional element that lies at the core of the romantic spirit. This pianist seemed to be telling the truth in a forthright manner.

His dynamic range had an astonishing breadth and the lyric passages were especially captivating.

Tchaikovsky’s “Meditation” evoked the world of Turgenev and Leskov, its wonder at the beauty and power of nature and the deep mysteries of the human heart. Scriabin’s B major Prelude, recently transformed by Yuja Wang into a Gershwin ballad, was returned to its elegance and dignity. Rachmaninoff’s structurally awkward variations on a theme of Chopin became a gracefully proportioned whole unlike this reviewer has heard before.

This was a performance to remember. However, one must shake a finger at the representatives of Mr. Steinway and Mr. Carnegie for not providing a better piano for an artist of this caliber. 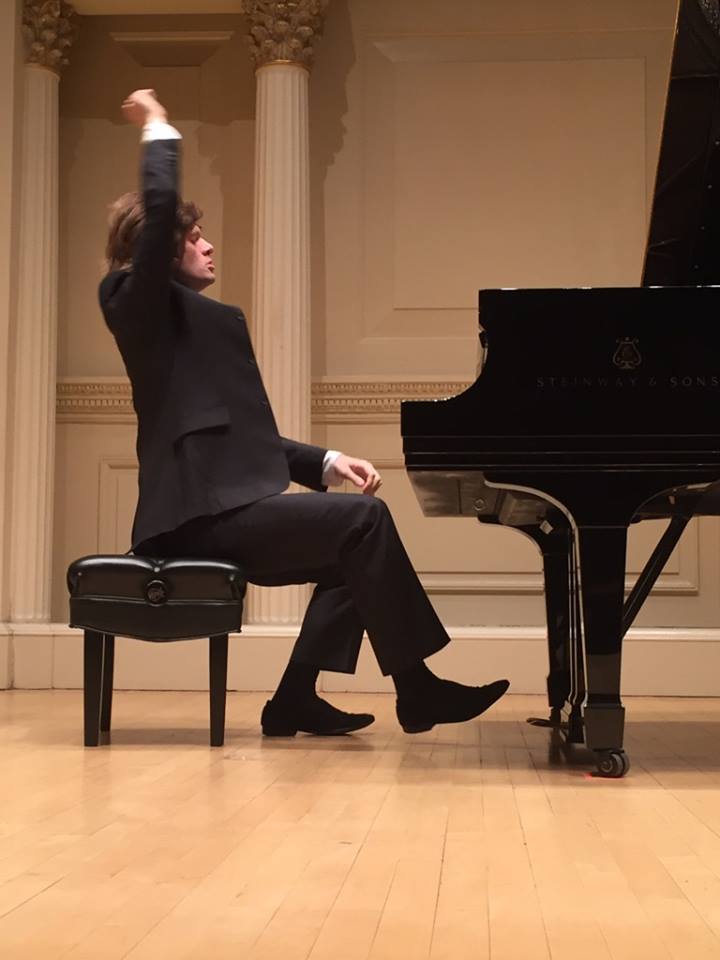