With little over three weeks before he goes up against incumbent U.S. Representative Donald Norcross in New Jersey’s Democratic primary, progressive congressional hopeful Alex Law is questioning the state’s most powerful education lobbying group for its decision to endorse Norcross for reelection. Despite his sponsorship of the 2012 Urban Hope Act, which paved the way for as many as 15 new hybrid charter schools in Camden, the otherwise anti-charter New Jersey Education Association endorsed Norcross last week.

Law is claiming that the endorsement from the NJEA, one of state Democrats’ most valuable sources of funding, came over the objections of individual teachers. In an email to supporters and potential swing voters saying that he has many individual teachers on his side, Law characterized that endorsement as more representative of the NJEA as an institution than of its members’ wishes.

“Yes, we do have NJEA members on our side, but their union refused to hear the votes of local chapters for endorsement,” Law wrote. “Instead, the state leadership was forced to take the NEA’s endorsement decision, even though they have no idea what is happening here in South Jersey and how unpopular my opponent is with educators.

“Teachers and other education professionals know what needs to happen in education. It is time we start listening to them,” Law continued, arguing that the proliferation of charters will divert state funds from public schools, see underperforming children expelled to maintain inflated statistics on student outcomes, and undermine the tenure system.

Despite the group’s vehement opposition to Governor Chris Christie’s pro-charter positions, NJEA President Wendell Steinhauer praised Norcross for his role in the construction of new schools in the first district, which encompasses Camden. The first of the city’s new public-private “renaissance” schools, the KIPP Cooper Norcross Academy, opened in 2015.

“He is fighting to ensure our teachers and students have newly constructed classrooms with the most up to date technology, that our teachers have access to in-classroom training, mentorship, collaboration, and other professional development opportunities, and that our teachers and children are not just judged by test scores but by their full merits and achievements,” Steinhauer said.

Charter schools have been a key issue in Law’s campaign, which has emphasized Norcross’ role in sponsoring both the Urban Hope Act and the Municipal Rehabilitation and Economic Recovery Act in the state Senate. The latter created many of the tax incentives that have drawn the likes of the Holtech International manufacturing company and the Philadelphia 76ers to the impoverished South Jersey city.

Donald Norcross previously told PolitickerNJ that the hybrid charters were inner-city student’s best chance to have the same educational opportunities as children from wealthier suburban districts.

“Camden had the 23 lowest performing schools in the entire state of NJ out of 25 schools. Nobody can argue or even have a conversation that education was being delivered for those children the same way it was in Voorees and Cherry Hill and other affluent areas. It had to change,” he said. 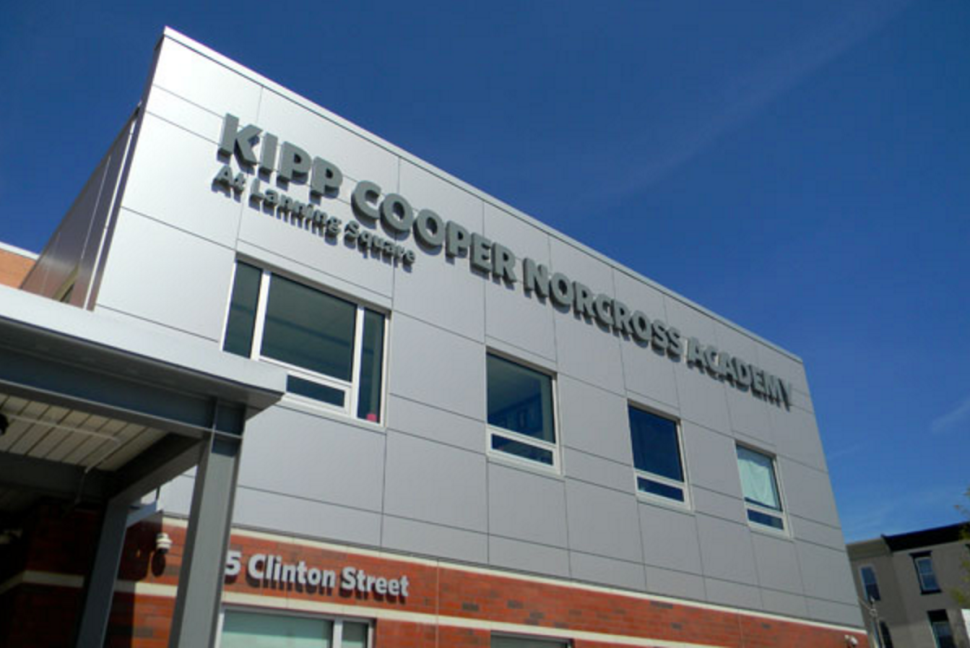