There’s something very lipstick-on-a-pig about entry-level luxury. Either something is luxurious, or it’s not. You can pretty much guarantee that anything explicitly advertised as luxury should come with an attached bill of goods. The paint starts to peel on luxury townhomes as soon as the escrow papers get signed, and luxury dining experiences often lack that hint of umami that sophisticated palates desire. In general, if you have to ask how much the porterhouse costs, you can’t afford it. But when it comes to the car world, the price for getting entered by manufacturers is about $30,000, maybe a little more. Just be sure they ask for consent.

When it comes to cars, entry-level luxury means you get to pay an expensive shell game. Most car manufacturers have a basic brand, like Chevrolet or Ford, and then a luxury extension of that brand, like Cadillac or—Buddha help you—Lincoln. So when you’re driving your poisonous VW and you get a promotion at your job, you graduate up to baby’s first Audi, and so on. Then, like a junior partner at a law firm receiving an office with a sort-of view, you receive leather seats, a faster engine, a better stereo system, more buttons and doo-dads, and a dealer experience that feels more like buying something nice and less like signing your admittance papers at an internment camp.

This all came to mind when the Acura ILX arrived at my doorstep a couple of weeks ago. I’d been testing a parade of cars that were so enormous and so disgusting I’d found myself begging for reasons not to leave the house. The previous week, I’d gotten a Toyota 4Runner that bore the color and drive quality of a dried-up dog turd. My wife and son actively refused to even sit inside of it. So the ILX, which was the size, shape and color of a normal car, came as a relief.

Like Dante just embarking upon his descent into hell, with the ILX—which costs something close to $36,000—you will have begun your journey into fancy circles. It is essentially a Honda Civic with slightly nicer décor, slightly better tech and a zippy little combustion engine. It doesn’t take up very much space for a car and it handles nimbly when being threatened by pickup trucks that don’t use their turn signals.

Soon enough, the definition of luxury will change forever—unless you are Rick Ross rolling in his Royce.

Yet there’s another definition of luxury afoot. The traditional view still holds at the highest levels. Bentley and Jaguar have recently introduced SUVs that contain rare wood veeners and run on a mix of peasant blood and powdered rhino horn. But a new generation of app-based autocrats is rising in the West, and while they certainly want to be distinguished from the madding crowd, the ILX, a faster Honda Civic, doesn’t really suit their aspirations.

The new luxury revolves around three principles: Autonomy, fuel economy and non-ownership. Being able to move around in style without a car payment is the dream of every Saudi prince in the making, but most of us are still vassals to the car companies for now. So if you’ve got to have a personal vehicle, let’s focus on the other two luxuries: Paying less for fossil fuels and not having to drive in traffic. By these standards, a Nissan Leaf is considered a luxury vehicle, while a 2008 Mercedes C Class is basically an anvil tied around your neck.

When it comes to energy efficiency, the ILX is more or less like that lightbulb you’ve been meaning to change out; the one I drove got 29 MPG combined, city and highway, worse than a Chevy Whataburger. Honda and its luxury equivalent have shown scant commitment to alternative fuels, putting most of their eggs into the basket of the hydrogen fuel cell, the Betamax of propulsion technologies. The ILX is a witless orphan of that losing strategy.

When it comes to self-driving, the ILX fares better. It can follow cars at a distance and it can keep you in your lane if you’re Snapchatting or playing with yourself or both, offering a bit of a preview of what driving will be like in five years. But there’s also something very early-stages, Commodore 64, about the tech, with lots of bleeping and blonking and blinking orange lights, like the computer walls in a dystopian lunar episode of Doctor Who.

In a possibly unfair comparison, the next week I tested a brand-new Toyota Prius, which gets 52 MPG combined, making it the most luxurious consumer car on the market today. OK, maybe not, but I’ve been a Prius owner as long as Larry David has. It was definitely my entry-level luxury car. The fact that I haven’t moved up the scale since then isn’t Toyota’s fault, but rather the fault of a book-buying audience that doesn’t sufficiently appreciate my unique point of view.

Though the current Prius gives you access to a sabemetrician’s dream of MPG data, it doesn’t particularly drive itself, which, to me, is a huge flaw. It also doesn’t exist in fleets that come to your house when you need them, therefore getting rid of your car payment and your peonage to insurance companies. But all that will arrive someday. Soon enough, the Tesla Model 3, as well as various competitors, will appear, and the definition of luxury will change forever unless you are Rick Ross rolling in his Royce. Cars will drive themselves and they will get infinite gas mileage and everyone will want to ride in yours. Every trend-loving condo humper from Brooklyn to Oakland is already scrambling for a Model 3. That’s more than I can say for my Prius, or for the Acura ILX. 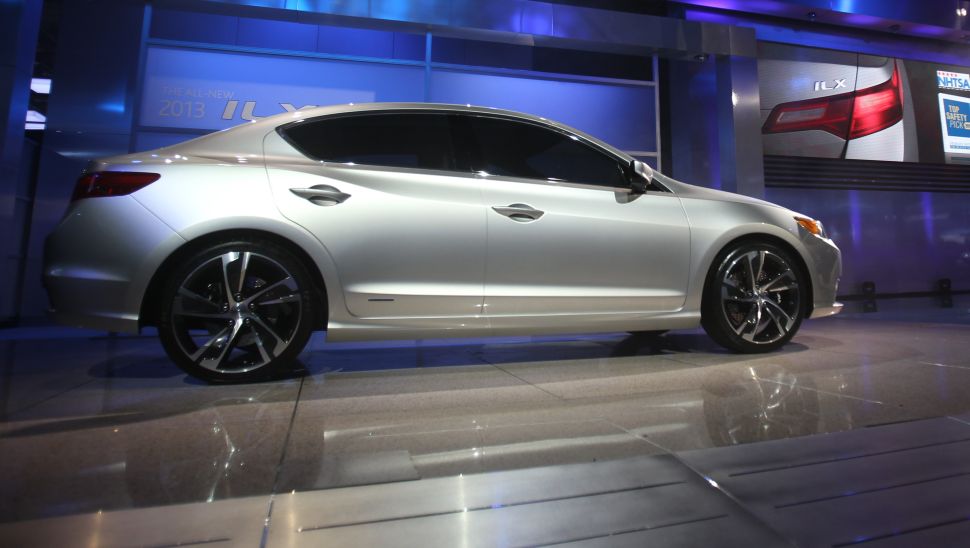