There’s nothing original about rich, privileged teenage addicts
in Los Angeles seeking salvation through Hollywood rehab. But Rob Reiner’s sensitive, dramatic distillation of self-destructive teens whose boredom and rage reaps abuse and self-destruction on their parents and themselves holds attention and builds empathy from first reel to last in this searing examination of despair and tough love.

Mr. Reiner’s Being Charlie is based on his family’s own tortured experience with his 22-year-old son Nick, who co-wrote the screenplay from his personal experiences with alienating substance abuse, and is beautifully played by Nick Robinson, the kid in Jurassic Park who is fast developing into a valuable example of that daunting movie age in transition from teen to leading man. His screen name in the vastly encompassing screenplay he wrote with Matt Elisofon is Charlie Mills, the chain-smoking, pill-popping and extremely restless 18-year-old son of David Mills (well played by Cary Elwes), a handsome former action-figure movie star whose pirate franchise is a TV staple, now running for governor of California. (More Arnold Schwarzenegger than Ronald Reagan.) He loves Charlie, but like most career actors-turned-politicos, he’s too self-centered and overworked to give Charlie the attention and love he craves. When the film opens, Charlie is escaping from a strict rehab in Utah, breaking the stained-glass windows of the local church that tried to curb his anger and angst, and heading for the highway to hitch his way to Los Angeles, his life of privilege and self-indulgence and his beautiful family home in Bel Air. But neither his father David, on a rigorous campaign trail, his sympathetic mom, nor their other college-age son have the time to watch or protect Charlie from himself, so it’s not long before he’s back in Utah cleaning out toilets and one step ahead of doing actual jail time. Carl Reiner’s carefully observed direction, enhanced by Barry Markowitz’s gorgeous cinematography that contrasts the peppermint skies of Utah with life behind the locked doors of the rehab facility, gives you an acute sense of incarceration in a sealed-off world where one day of sobriety can be an insurmountable challenge.

The film loses steam when it focuses less on Charlie’s bursts of violence and frustration and concentrates on the tedium of rehab. Moving from treatment program to sober-living halfway house as an outpatient, you live through Charlie’s 10 p.m. curfews, and the occasional freedom to sign out for walks to town as a reward for good behavior, leading to an overnight pass as Charlie tries to improve, become what society wants him to be, and become a model prisoner who gets on with his life. There’s also a best friend’s death to contend with, a girl who drags him down again and eventual salvation. It seems overly familiar as Charlie undoes his progress, searches for heroin and gets beaten up by drug dealers (shades of Michael Keaton in Clean and Sober and Bret Easton Ellis’ Less Than Zero), as Charlie’s downward spiral heads recklessly toward a date with disaster, but young Nick Robertson’s fresh appeal and honesty are artificial respiration that bring it back to life.

Chalk up Being Charlie as family therapy for the Reiners, but as a collaborative work of labor and love based on the heartbreaking relationship between a proud father and a brave son, it’s sort of an exorcism for them both. The result is a film so personal you watch transfixed, caught up in a life that is constantly enthralling, with a universal appeal that extends beyond the exclusive Hills of Beverly. 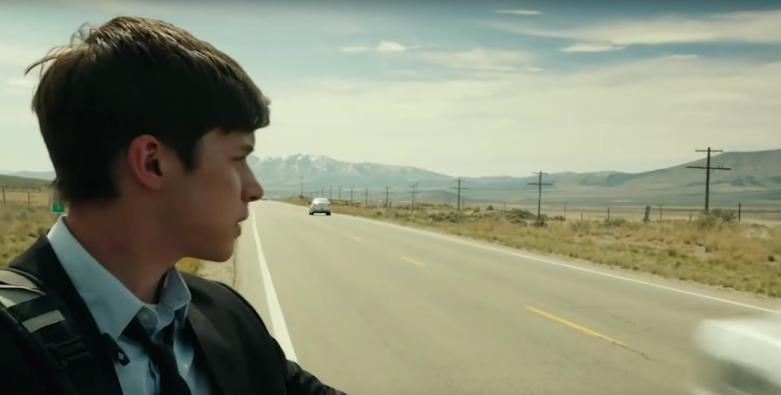