So beyond excited to announce that I am the new ambassador and face for @DiorMakeup !!! What a dream come true. Can't wait for the show today at Blenheim Palace ❤️ @dior #happiness #cruise

Lately it seems that Gigi Hadid is being overshadowed by her little sister, Bella. Sure, they’ve both been on the scene together for quite some time, but the brunette of the duo made waves while flexing her sartorial muscle at the Cannes Film Festival and she even stole the show at Australian Fashion Week.

However, her latest coup might be the prettiest one yet: The younger Ms. Hadid has been announced as an ambassador for Dior Makeup. And with those cheekbones, it totally makes sense.

The model announced her new gig on Instagram, with a post that has since been deleted. Hours later, she uploaded a new pic, with the same general message announcing her gainful employment.

Live from backstage. The House of Dior is pleased to announce that @bellahadid is now a house makeup ambassador! Stay tuned for more…

Ms. Hadid joins Jennifer Lawrence, Charlize Theron and Natalie Portman as a face of the French label’s beauty division. Ms. Lawrence has appeared in ad campaigns for Dior Addict Lipstick, Ms. Theron has fronted advertisements for the J’Adore Dior fragrance (for what feels like an eternity), and Ms. Portman has posed in couture for the Miss Dior scent.

The timing of this particular beauty announcement aligned directly with Dior’s Resort show, which is taking place today at Blenheim Palace, near Oxford, England. The American model is set to walk in the show and has already posted backstage shots of herself to Instagram, posing with fellow catwalker Lexi Boling. According to WWD, Ms. Hadid’s official debut for the brand will be revealed on June 6, in the form of a series of online videos alongside Peter Philips, the brand’s creative and image director. 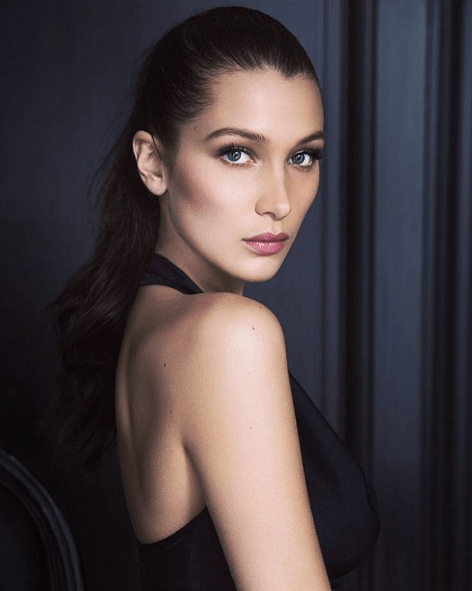