Democratic leaders and Clinton-leaning pundits are still grossly underestimating—and dismissing—the Bernie or Bust movement. As Hillary Clinton drifts down the path to securing the Democratic presidential nomination, her favorable ratings continue to plummet, with presumptive Republican presidential nominee Donald Trump closing in for a virtual tie. Yet, instead of accepting responsibility for propping up a candidate as weak as Ms. Clinton, her allies are placing the blame for her bad poll ratings on Senator Bernie Sanders.

Leaders of the Democratic Establishment are overwhelmingly in favor of Ms. Clinton for president, but millions of Democrats and Independents who traditionally swayed toward the Democratic Party in general elections are disenfranchised to the point of voting for Mr. Sanders no matter what. While the Green Party is often written off, Mr. Sanders’ campaign has proven an Independent can render enough support to make a third party challenge tangible.

This has been demonstrated by Mr. Sanders’ recent victories. No matter how much Ms. Clinton’s supporters cite the lead she holds in pledged delegates—and assert Mr. Sanders has no chance to recover before the Democratic National Convention in July—Bernie Sanders’ supporters remain steadfast in their resolve to vote for him anyway.

In a pathetic attempt to push his supporters in line behind Hillary Clinton, Establishment-leaning journalists and Clinton supporters have tried desperately to discredit Mr. Sanders’ arguments for staying in the race. Such calls for Mr. Sanders to drop out of the race backfired when supporters hijacked the hashtag #DropOutBernie and replaced it with #DropOutHillary, which skyrocketed to the number one trending topic in the country early this month. Since Bernie or Bust began, the movement has only grown in size and strength.

Bernie Sanders has cited one important democratically-principled argument for continuing his campaign: voters in every state should have the right to be heard in the Democratic primaries—including super delegates at the Democratic National Convention. While some out-of-touch pundits have accused Mr. Sanders of hypocritically calling super delegates undemocratic while attempting to court their votes, their argument fails to comprehend what the longest-running Independent in the history of Congress was up against when he decided to run for president in the Democratic Party. Bernie Sanders is working within the system to change it. Super delegates have disproportionately supported Hillary Clinton—roughly 400 of them before anyone else was in the race. As Bernie Sanders refuses to give into the calls from the Democratic Establishment for him to drop out, his supporters remain principled and unwavering.

Erin Bilbray, Nevada’s lone super delegate in support of Bernie Sanders, called it “the most unfair convention I have ever seen” in an interview with Adryenn Ashley. “I was born and raised in Nevada,” she explained. “My family has been part of the democratic party in the state since the 1930s. My father was a congressman for eight years. And you know what? He ripped up his ballot and left—and he’s a Hillary supporter—he was so disgusted by what was transpiring. They are not letting motions open on the floor. There is no room for debate. It’s an unfair process.”

The Nevada State Convention was an example of what is sure to be a controversial and unruly Democratic National Convention. It is highly unlikely the Democratic Party will offer Bernie Sanders enough to entice his millions of supporters to trust Hillary Clinton with carrying on the principled policies for which he stands. Millions of voters are defiantly Bernie or Bust because the only way to restore democracy in the United States is to support a candidate who walks the walk on campaign finance reform. The stakes facing our country are too high to negotiate merely because it’s “her turn.” 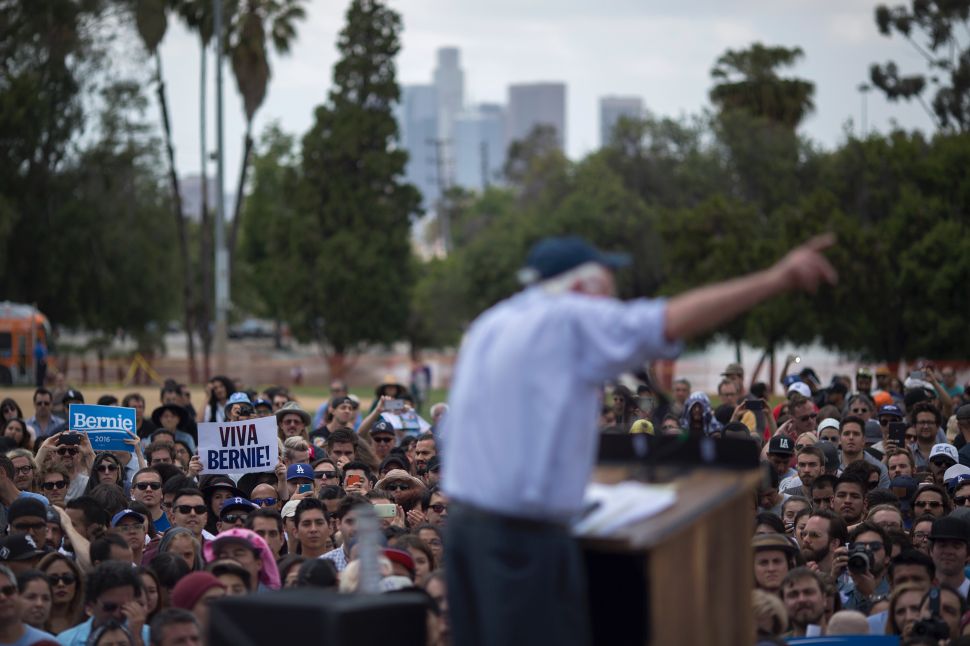