Mayor Bill de Blasio declared today that he will eventually emerge unscathed from the welter of scandals threatening to engulf his office—even as he defended his refusal to disclose the content of his communications with private consultants to the public.

Talking to radio host Brian Lehrer, Mr. de Blasio brushed off his failing poll numbers and the ongoing probes into bribery inside his NYPD, into his administration’s dealings with developers and into his fundraising for his 2013 campaign, his political nonprofits and the State Senate Democrats. He continued to insist his administration had acted in accordance with the law—or, at least, with the advice of his lawyers—and that ultimately the local, state and federal investigations will prove he and his team acted with integrity.

“There’s relentless negative headlines—of course people are going to be influenced by them in the short term,” he said. “When everything comes to light, we have done everything appropriately, legally. I’m very, very comfortable, the more the facts come out, the more we will be vindicated. And then I think the public will look at that, and in fact say ‘okay, there were a lot of allegations thrown at this guy, but in the end, there was nothing there.’ I’m very, very comfortable that then the public will be fair in their judgment.”

Nonetheless, the mayor pushed back on Mr. Lehrer’s questions about why he has continued to make his emails and internal documents on his meetings with five of his unpaid “advisers” unavailable to the press and public, despite Freedom of Information Law requests. Four of the individuals the mayor has kept in constant contact with are top political and public relations consultants—Jonathan Rosen of BerlinRosen, Bill Hyers and Nicholas Baldick of Hilltop Public Solutions and John Del Cecato of AKPD Message and Media—employed by both to the mayor’s 2013 campaign and to private interests with business before the city.

The fifth adviser, Patrick Gaspard, currently serves as United States ambassador to South Africa but was previously a leader in the 1199 SEIU healthcare workers union. Despite their various dealings with entities seeking city funds and assistance, the mayor has maintained these consultants are “agents of the city,” and thus his correspondence with them is private and privileged. He has simultaneously insisted that he never confers with them about their clients.

“I’ve said very clearly, these are folks who are advisers, in some cases, advisers for decades. I rely on them to think about the work I have to do to serve the people of New York City. And it’s perfectly appropriate that those conversations be done in a way that’s conducive,” Mr. de Blasio said on the radio today. “If any of them were ever to attempt to talk about a business matter related to a client—first of all, I wouldn’t allow it. Second of all, that would be something that of course would be disclosable.”

When Mr. Lehrer continued to press him about why he does not open up access to his communications—”what are you so concerned will get out, if it’s not corruption?”—the mayor claimed he is simply married to the precept of privacy.

“I think it’s the general principle, I really do, Brian. I just think if you’ve got a standard that’s set, again, with legal guidance, we stick to that standard,” Mr. de Blasio said. “There still is a place in this world for people to have conversations and seek advice. I just think it’s a fair standard.” 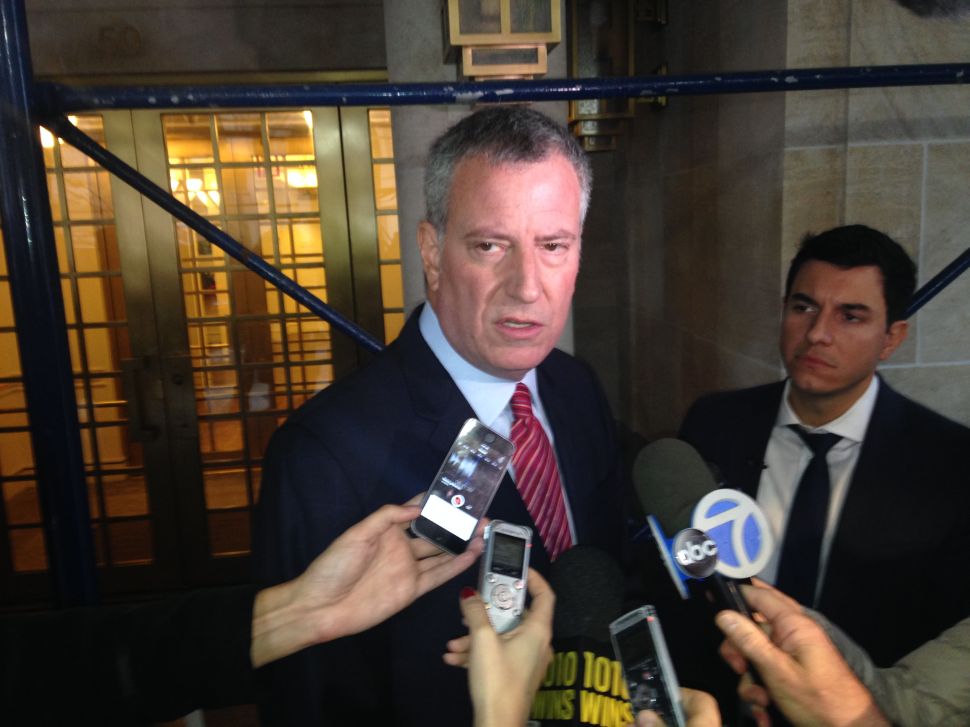