For over 6 years, Humans of New York founder Brandon Stanton has brought the personal (and emotional) stories of seasoned New Yorkers, fatigued Iraqis and even traumatized Syrian refugees to the almost 20 million followers across his social media platforms as well as in the New York Times best selling book version of Stanton’s blog.

Last night, at the glitzy, star-filled Met Gala, Brandon Stanton took the opportunity to point his camera not at Beyonce or Lady Gaga, but rather towards the enigmatic, serial-entrepreneur Elon Musk and his mother, Maye Musk.

“From the moment he could speak, he could discuss,” was the quote Musk’s proud mother gave to caption the photo in true HONY fashion. And she has every right to be proud of her son. After all, he recently pre-sold over 400,000 electric Tesla Model 3 vehicles, landed his 15-story tall Falcon 9 rocket both on land and at sea, and currently has a Dragon spacecraft docked with the International Space Station.

In October 2002, Elon Musk, with his vision to improve (and preserve) life on this planet, sold his stake in PayPal for $165 million and started Tesla Motors, SpaceX, and Solar City with sustainability as each company’s mantra.

Now that those companies have made major breakthroughs in innovation and found in enormous financial success (Musk’s net worth is a little over $14 billion), the real-world Tony Stark now has his sights set on a whole new world—literally.

SpaceX tweeted a tease of what will become the company’s plans for colonizing Mars. Musk plans to present his vision for building “a city” on the red planet at the International Aeronautical Congress in Mexico later this fall.

SpaceX’s overall vision is to make space more accessible to humans by means of developing a rocket that can be launched and returned to Earth for future use. After finally landing the first-stage of the Falcon 9 on the wobbly “Of Course I Still Love You” autonomous drone ship in April, SpaceX is much closer to making reusable rockets a reality—a feat that will dramatically reduce the cost of space exploration, according to Musk.

Elon isn’t the only success in his family. Maye Musk has been a working model since she was 15 in South Africa and continues to be a star today. In 2010, she posed nude on the cover of a health issue of Time Magazine and in 2011 she posed as an aging pregnant woman on the cover of New York Magazine.

Maye Musk will be doing a lot more modeling now that she’s signed with mega-agency IMG, who represent models like Gigi Hadid. As for Elon Musk, maybe he’ll appear one day in the eventual Humans of New York spinoff, Humans of Mars. 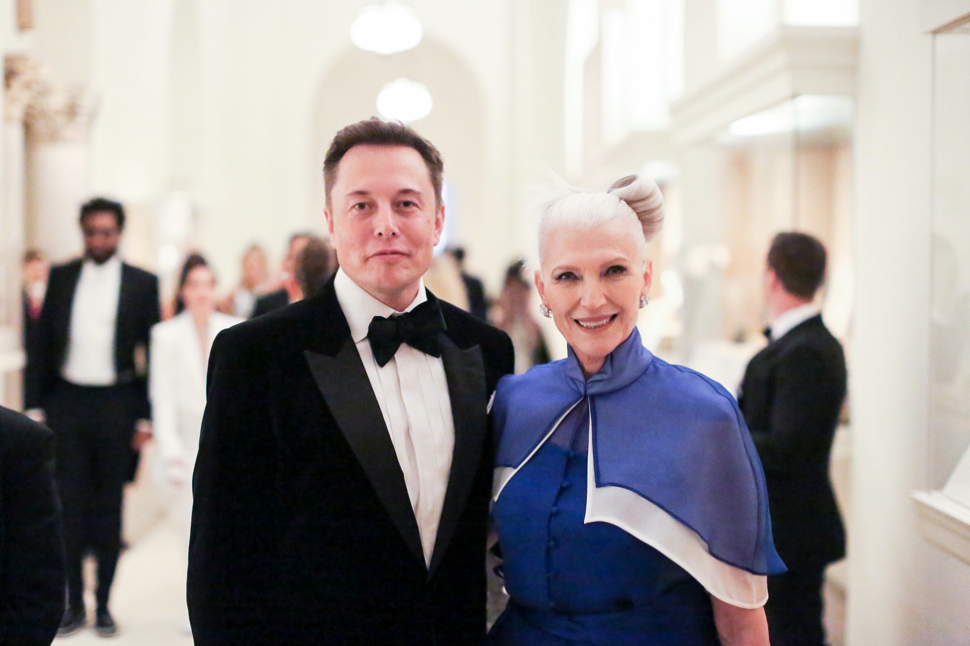