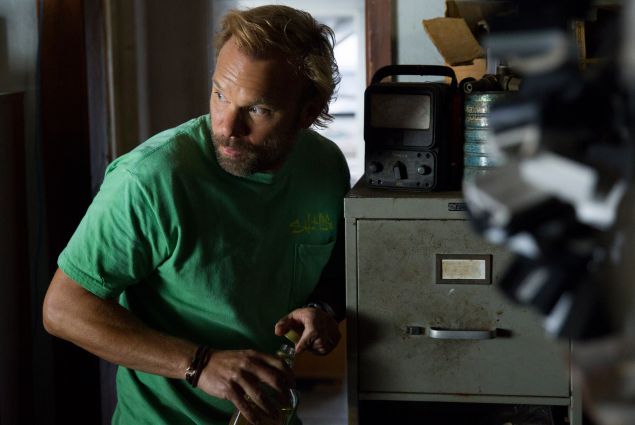 Serious question: Are you rooting for anyone in the Rayburn family? Like, is there anyone in this family you want to see actually come out of this murder and drug-running cover up unscathed? Maybe Meg, because her greatest sin was coming to the aid of her brothers, one is a legitimately corrupt cop hoping to become the boss of every law enforcement officer in the county and the other is a coked-up pair of cargo shorts that was hit by lightning and somehow became sentient. Let’s not even get started on Sally, who had to enlist the help of her old private investigator friend to figure out that her children are lying to her. Here’s a clue, Sally, any time your kids mouths are moving, they are lying to you. You don’t have to pay me for that truth bomb, even though I should invoice the shit out of you. That nugget of wisdom is on the house. And while we’re at it, fix the goddamn shower in bungalow three. You’ve seen how sweaty everyone on this show gets. Hell, Wayne Lowry’s forehead is practically a waterfall. People are clearly paying through the nose to stay at this beachfront resort, so for the love of God, make sure their shower works. The fact that these guests are probably paying four star resort prices without a working shower is probably pissing me off more than anything else that is happening on this show.

You could make the case that Danny was the most honorable of the Rayburn offspring because he knew he was a dirtbag. Unlike the rest of the family, he didn’t labor under the illusion that he was better than anyone else. He didn’t think his last name and the fact that his family owns a thriving local business made him a member of an unofficial aristocracy. Sure, he was mad off at his family and intended to enact the vengeance he believed he was owed, but he was also self-aware about the fact that he was a total dirtbag. He left a tape incriminating his own brother and Wayne Lowry. In a flashback scene, he knocked off a pharmacy for pills and cash with a particularly sweaty John Leguizamo. But Danny never thought he was anything he wasn’t. For that alone, this season becomes a lot less harrowing when you switch loyalties and hope sweaty John Leguizamo, Eric O’Bannon, Nolan, and whatever other lurking grifters out on the horizon fleece the fuck out of the Rayburns. Or maybe Marco should just drop the anvil of justice on the whole clan. It’s not like he wouldn’t enjoy it a little after Meg cheated on him. Team Marco for the win.

The first Rayburn that needs to get fleeced is Kevin, because holy Lord, is he dumb. And boy does he ever get fleeced! Kevin’s failure in running his marina business doesn’t even begin to stack up against how spectacularly he shits the bed during his ill-advised foray as a drug dealer. After completely blowing a meeting with a potential investor because Kevin never thought to prepare things like a proposed budget or a business plan, he goes into the bathroom and consoles himself with some blow. After another dude crashes his solo party, Kevin gets the bright idea to try and be a local Flip-Flops Escobar and unload the product he lifted off of Danny’s stolen drug stash. Unfortunately, Kevin has the bright idea to meet the local coke dealer in a diner where he knows half the locals, including his brothers’ coworkers, the police. One hand off manages to go smoothly, which is more due to dumb luck than any particularly criminal savvy on Kevin’s part, despite the fact that he somehow manages to dictate the terms of the sale due to some chest-thumping bravado he manages to scare up amid his abject fear. I mean, we know Kevin is dumb, but are we supposed to buy that he is sell-Wayne-Lowry’s-stolen-coke-while-his-brother’s-murder-is-being-investigated-dumb? Sure, he’s trying to save his dying business, which is now without employees because he can’t pay them, but doing some coke/pie exchange in broad daylight where everyone knows that you’re a Rayburn? Christ.

During the second deal, the dealer didn’t feel good about the fact that a bunch of cops knew Kevin by name, so he did what any self-respecting coke dealer would do and ambushed Kevin at a red light and tased him within an inch of his life. There’s a bit of a fake-out where we’re supposed to believe that Kevin’s dead, but it’s actually the coke dealer who bit it, after an agonizing torture session complete with cigarette burns. It turns out that the people Wayne Lowry were in business with realized that they bought product that was supposedly seized by the DEA off of Kevin the twitchy chump. Now, Lowry is tasked with finding the mystery dealer who skimmed off the supply before it was seized.

After Kevin confesses his royal screw-up to John, I can’t imagine the audience, and some of the local law enforcement, would really hold it against him if he killed Kevin. Instead, Meg gets stuck babysitting the Danny-in-training in a hotel room while John figures out how he can clean up this mess. Also, given that Wayne Lowery fixed it so that it looked like she bribed Carlos, a witness from another case, in order to run drugs through her family’s inn, hasn’t this girl suffered enough?

Between the seized drug snafu and John following Nolan right to Kevin O’Bannon’s hideout, John manages to get some leverage on Lowry by getting O’Bannon to agree to give him up. John manages to negotiate a reasonable plea with Lowry in exchange for the incriminating Danny mixtape. And John was about to put this matter to bed, send Lowry off to prison on a 25-year bid, and exhale a giant sigh of relief until Kevin decided to show up to Lowry’s house, drop off the stolen drugs, and basically be like, “Yo, I’m the one who ripped you off. You can put a name and a face to this specter that almost torched your relationship with the higher ups on the drug trade food chain.”

Seriously, if John just shot Kevin, would anybody blame him? Hell, I might be tempted to pump a few bullets into him just for playing that terrible Rollins band song as he was driving.

Also, is it just me or does it speak to John’s arrogance that he’s running for sheriff of a county in South Florida and he can’t even speak so much as menu Spanish? It’s fine dude, just have Marco translate for you while you loudly yell some English at witnesses and suspects. It’s not like there’s a large Spanish-speaking electorate to court. And it’s not like you grew up here and spent your whole life serving the community or anything.

Perhaps this whole show would be better-served if it just became a Sally/Nolan foul-mouthed road trip comedy. After all, the way Owen Teague delivers the “…so you can just fucking relax” line to Sally is a goddamn delight. Same with Sissy Spacek volleying back the “watch your fucking language” jab.

Everyone else on this show, besides Ghost Danny, can go pound sand. And fortunately, there’s plenty of it to pound. 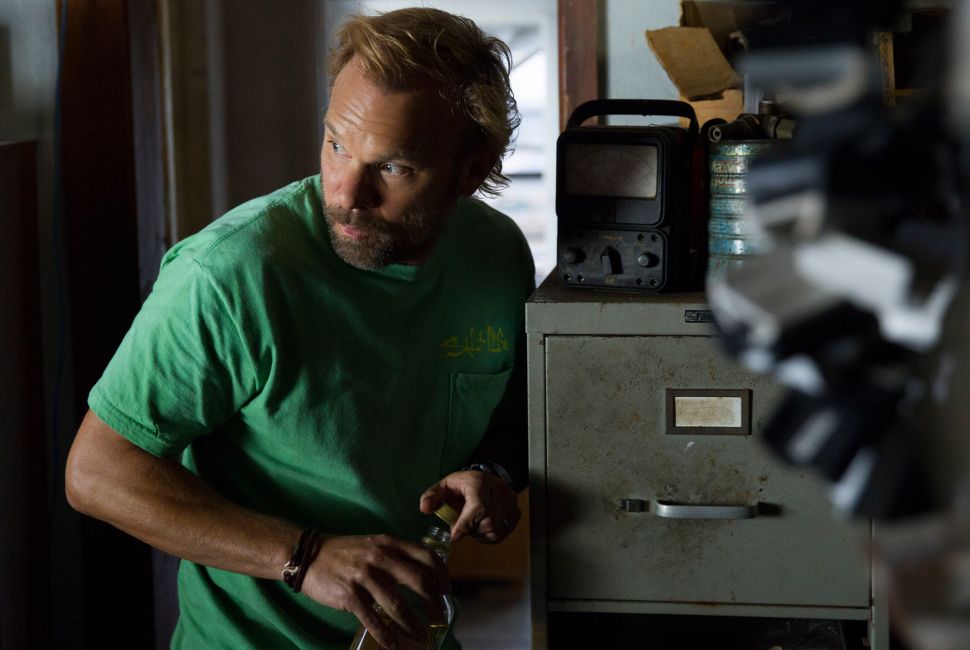