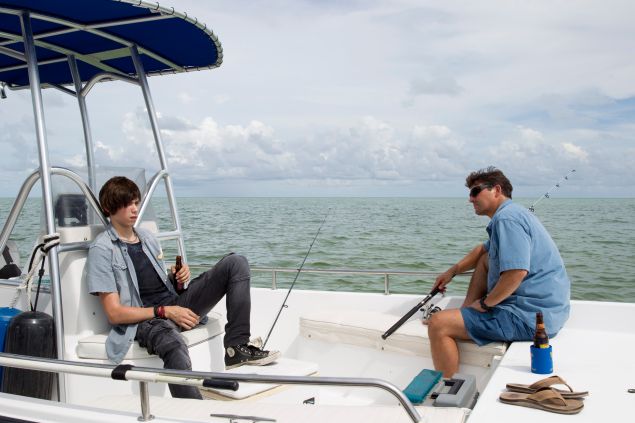 Sure, it’s great this show is back and all, but let’s not even pretend there’s not a giant Danny Rayburn-sized hole in all of our hearts. Florida’s Prodigal dirtbag son is dead, drowned by his own brother, Key West Sheriff hopeful John Rayburn. That being said, I have to admit that Danny’s son Nolan is cast particularly well. Owen Teague really looks like he could be Ben Mendelsohn’s son and he even has Danny’s mannerisms down pretty well. You know what they say, the dirtbag apple doesn’t fall far from the dirtbag tree. Still, it’s a shame that one of the most compelling characters, as portrayed by an equally compelling actor, has so far been relegated to brief flashback scenes. What a waste of Mendelsohn’s boundless capabilities. Danny should exist as an active catalyst to everyone else’s turmoil, not the inconvenient loose end that needs to be tied up.

While season one of Bloodline was a slow, non-linear burn, woven together via flashbacks and flashforwards, season two ratchets up the tension almost immediately. The remaining Rayburn siblings are burdened by guilt of either murdering Danny (John) or covering up said murder (Kevin and Meg), and they are all coming undone in their own ways.

John is putting on the best poker face of the three. Perhaps that’s because he’s confident that he can pin Danny’s murder on his dirtbag brother’s old drug smuggling associate Wayne Lowry. That’s the thing about dirtbag brothers, they tend to be associated with other, more dangerous dirtbags. Unfortunately for John, the incumbent sheriff thinks it would be politically advantageous to keep Danny’s case open, thus reminding the Key West electorate of the dirtbag branch of the Rayburn family tree. Also, John’s partner/Meg’s cuckolded ex Marco is a little too curious about inconsistencies in the Rayburn siblings’ frame-up for John’s comfort. That agonized, choked up gulp John does while thanking Marco for actively poking around the case belongs on Kyle Chandler’s Emmy reel.

As for Meg and Kevin, they are competing for which sibling can crash and burn the hardest. Meg tries to clinch the title by getting slurry, loudest bitch at the bachelorette party drunk at an important client dinner after passing out on the floor of her office the previous night at her new firm in New York. The clients happened to be a couple frat bros, so they were charmed by Meg’s sloppiness, but her boss was less than impressed and sent her drunk ass back home for a mental health break. Of course, it’s not like Meg is getting any R & R back at the den of Rayburn family dysfunction, especially when she learns that her late father was sending out substantial monthly payments from his personal account to an unknown beneficiary. Well, unknown to her. The recipient is Evangeline, Nolan’s MIA mother.   Man, do upper-middle-class to lower tier upper class families ever run out of secrets?

If there was ever a candidate for the Rayburn sibling that will probably spill the beans due to the fact that he’s basically a sentient exposed nerve, it’s Kevin. The hardsell he gives the guy about buying the boat that he used to store Danny’s body is a big a tip off as anything that something is going on with the guy. You’d figure that the breakfast beers he’s drinking would take the edge off, but the blow he lifted from Danny’s drug stash from his Miami apartment kind of cancels that out. Cocaine is a hell of a drug, from what I hear. Kevin seems especially coked up when being questioned by Marco about the boat used to give Danny a viking funeral. As if he didn’t look nervous and uncomfortable enough, the pile of booger sugar he’s been nostril hoovering on a regular basis doesn’t exact lend itself to a situation that calls for tight lips and a level-head.

Of course, Kevin can blame the fact that he’s distracted and distant on the fact that he’s essentially running his marina into the ground and going bankrupt. At least, that’s what he tells his Belle. Hell, that’s what every newly reunited spouse carrying a couple’s first child loves to hear. Still, imagine how fucked your situation is when “Hey, I’m running my business into the ground and it’s about to go into foreclosure” is an infinitely more palatable cover story than “Yo, so I’ll probably go to prison for covering up my brother’s murder. That’s assuming Lowry doesn’t kill me first for lifting the drugs my brother stole from him.” I’d keep that shit from my pregnant wife too.

In addition to the curious Marco problem, John is also deeply suspicious of the fourth tier emo bassist looking kid crashing on his couch. And he has good reason to be. Nolan is obviously bitter about the comfortable life the legitimate Rayburns have enjoyed. And there’s the possibility that he probably saw the drug stash in Miami. However, the red flag that takes priority is the fact that the kid is clearly in cahoots with O’Bannon and is likely targeting the Rayburns as part of a vast conspiracy of backwoods grifters.

Unfortunately, John is gonna have to put his misgivings about Nolan on the backburner as Lowry is wise to the fact that the wannabe sheriff is framing him for Danny’s murder. Lowry beckons John to a clandestine deep woods meeting where Lowry produces a cassette tape featuring a familiar voice.

“Hey, John, I’d like you to meet my friend, Wayne Lowry,” said Danny’s voice, out of the cassette player. “I’ve told him some things that could make your life very difficult.”

First of all, points to Danny for avenging his family from beyond the grave. That’s some dedication. Secondly, what’s with this show and pinning plot points on the same 90-minute Maxells that I used to make mistapes in high school? 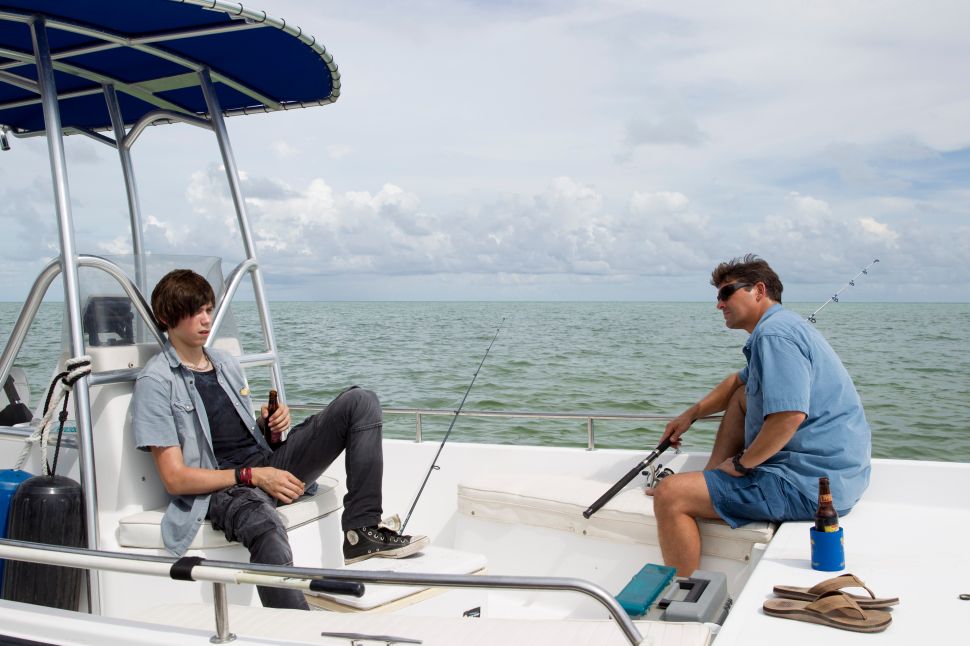