Welcome to our TV Fashion column, where TV Ate My Wardrobe‘s Emma Fraser discusses the trends in television apparel. This week: What your favorite TV character is saying with the wardrobe they wear to the gym.

Summer is upon us and activewear is about to get its moment in the sun with brands such as Tory Burch stepping into the sports luxe fray with a second collection in this arena; featuring some Royal Tenenbaums inspired pieces that would look just as good on the tennis court or while hanging out at a rooftop bar. The latter is probably more likely when spending that much on an outfit. Beyoncé’s “Ivy Park” and Rihanna’s Puma team-up also offer up plenty of stylish choices which means I should probably upgrade my go to basketball shorts, university or Friday Night Lights tee (Go Panthers/Lions!) and Cons for any sports related activity.

TV has also got you sorted when it comes to inspiration for all things exercise and as with costuming of the non-athletic variety there is a lot that can be determined about character from the kind of sportswear that is worn and what activity is being undertaken. Take Krystal in the opening scene of last week’s Orphan Black and the self-defense lessons she was receiving; Krystal has experienced trauma at the hands of the Castor clones and her way of regaining control is to make sure she can fight back.

Krystal is the clone who is probably the most concerned about her appearance (she was initially based on the Kroll Show’s “PubLIZity”) and she isn’t going to ditch her manicured to perfection style while getting sweaty in the gym. To differentiate Krystal from the Lululemon loving clone Alison Hendrix we see Krystal wearing little booty shorts – which Orphan Black costume designer Darci Cheyne modified – with her matching Victoria Secret zip up sports bra (Alison favors the longer leggings). As you can see in this clip from this week’s Orphan Black it looks like Krystal will be paying tribute to the athleisure wear of the mid-00s in matching velour. The influence of Juicy Couture lives to see another day.

With the rise of Lululemon and Kate Hudson’s Fabletics bold patterns and variety is at the forefront of yoga and running attire tapping into the SoulCycleification of exercise; shows like Unbreakable Kimmy Schmidt and Broad City have taken this trendy fitness culture and parodied certain cult like aspects of this fitness culture and the ‘uniform’ that is worn.

Soulstice on Broad City is one of the central locations with Abbi working her way up from cleaner to trainer over the three seasons as well as engaging in a relationship of sorts with super enthusiastic co-worker Trey. Abbi’s costuming on occasion circles in the athletic wear arena and is really more sports adjacent; I am still obsessed with the drawstring hoodie she used to protect herself from an incoming Bevers hug in season 1. She is very different from her Soulstice colleagues. Case in point when she turns up to a work party in a cute floral dress whereas everyone else is still in their workout work wear.

Abbi’s attitude toward this kind of attire feels pretty similar to mine and my confession here is that I have sportswear beyond my basketball shorts and FNL apparel, but most of it sees very little activity of this kind. Yoga pants make for excellent writing clothes and the Ivy Park hoodie and tank I bought recently will probably see a lot less exercise than they were necessarily intended for. But I keep promising myself that the running shoes currently gathering dust will see the light of day and the wedding that I have coming up quicker than seems possible (how is it suddenly only 4 months away?!) is good motivation.

Or I should probably watch old episodes of Alias and Buffy the Vampire Slayer and pretend I am Sydney Bristow on a mission or Buffy Summers in a training montage for inspiration. In “Is Everybody Hanging Out Without Me?” Mindy Kaling discusses one her workout routines in an essay called “Revenge Fantasies While Jogging” and combined with spy or vampire slayer notions it might make for the ideal motivation.

For serious runners on TV take Olivia Pope who has it handled on Scandal in all white running gear (of course) or Kevin Garvey’s classic grey attire that got everyone talking on The Leftovers for some other distracting reasons. Kevin’s running in season 1 was part escape from his ‘perfect’ family life pre-departure and also involved having a sneaky cigarette from his secret stash. Probably not the ideal thing to be doing while on a run, but it also reflects on Kevin’s disillusionment about his life and his attempt to bury these feelings deep. Running allows for contemplation and quite often the characters on TV that go out for a run are in fact running away from something. Got to love that symbolism.

The same goes for swimming and this solo activity often matches the brooding nature of the character engaging in this activity. Swimming is what Don Draper takes up when he gives up the bottle and on The Affair Noah Solloway uses it for both escape and casual flirting. Fox Mulder swims when his partnership with Scully has been dissolved at the start of season 2 and we are gifted with David Duchovny in the red Speedo, which is still an iconic TV costuming moment more than twenty years after this episode of The X-Files first aired.

It isn’t just the guys that get in on the pool action and Olivia Pope is just as happy in the as she is with her headphones in going for a run. On The Americans swimming is less of a leisure activity and more a chance for a spot of assassination. But the white cap really makes the look for Elizabeth and gives her a very unassuming presence. All the better for sneaking up on someone with a syringe and killing on her mind. There are no James Bond chat up lines or a distracting bikini required here.

The Americans doesn���t just dish up sport with murder and it is important to note that sport and particularly the Olympics played a big role during the Cold War with the US and USSR fighting for dominance in all arenas. While the Jennings are the all-American family Philip has still managed to sneak in something from home with hockey and a couple of weeks ago a happy family moment included a spot of this game.

Sport also provides Philip with much needed bro time with ultimate frenemy Stan (if only he knew who his bestie really worked for) and a racquetball session gave us the snapshot into the athletic fashion trends of 1983. The shorts are a little shorter and I would definitely spring for Philip’s Dunlop tee. The real point of interest is what is going on in the background of this scene with the parade of leotards, leg warmers, crop tops and headbands; enough to make anyone reach for an old Jane Fonda workout VHS and ditch their Fabletics (and 10-minute YouTube routines).

This fixation with early 80s fitness clothes also includes Everybody Wants Some!! and Wet Hot American Summer. Both of which showcase this era’s love all of all things short, cropped and rainbow infused. For both women and men. It’s enough to make you go out and buy some tube socks.

Returning to this decade and other sports or rather sports adjacent clothing I am also currently obsessed and that’s the silver sequin Michael Kors trackpants Marnie wore on Girls last season. They are several levels of amazing and I also think they might be a little ridiculous (much like Marnie herself) with how over the top they are on the luxe side of sports luxe.

It isn’t just sportswear you would never do sport in on Girls last season and Hannah’s taken up jogging in the last episode doing the full running gear thing; a much better look than her swimsuit on a hike misstep.

Another reason why sports are about to take focus is it is an Olympics year and a summer of watching incredible athletes do incredible things. Team uniforms have already been unveiled with some interesting brand choices including H&M for Sweden, Canada opting for Dsquared2 and in non-shocking news Ralph Lauren for Team USA. This is the time of year (coupled with Wimbledon) when I remember hoodies and sweatpants are more than just comfy TV watching/writing gear and I should get off my ass. It’s what Olivia Pope, Alison Hendrix and even Hannah Horvath would do. 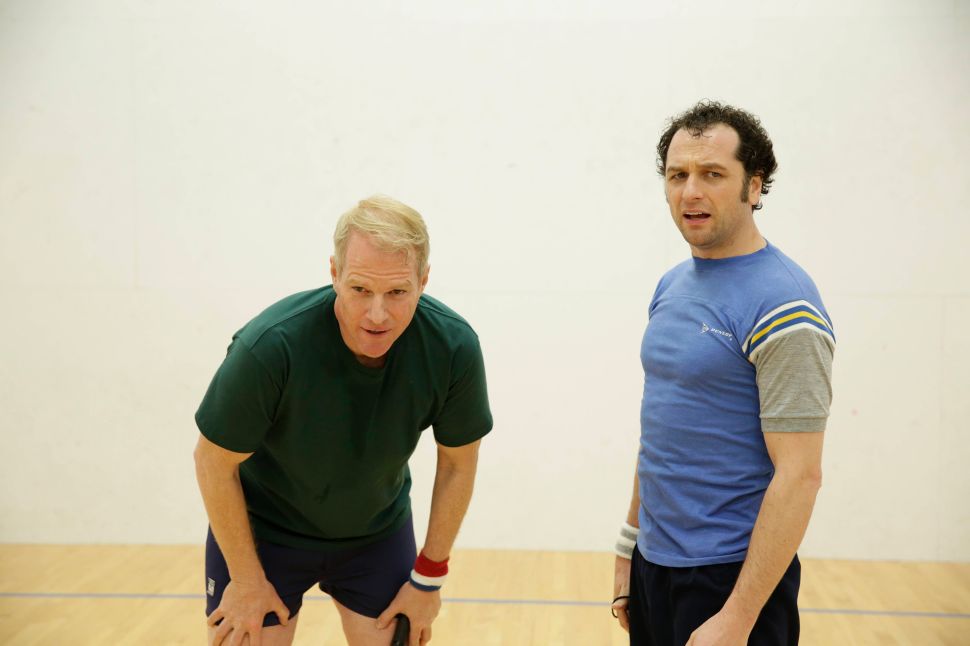