Through a complicated system of motorized pulleys, Japanese artist Mariko Mori has raised a ten-foot-wide ring to the top of a waterfall in the Brazilian rainforest. On August 2, three days before the 2016 Summer Olympics kick off in nearby Rio de Janiero, Ms. Mori’s sculpture, Ring: One With Nature, will be unveiled to the public, and her dream of bringing a modern-day, 21st-century Stonehenge to every habitable continent on Earth will be one step closer to reality.

The giant acrylic sculpture is the second in a series of six that Ms. Mori envisions placing at strategic locations worldwide. In 2010, the artist founded the environmental nonprofit Faou Foundation, with the goal of creating monumental artworks for unique ecological environments throughout the world. Ms. Mori also plans to create pieces for Europe, North America, Western Australia, and South Africa. (For the latter she already has a “vision in her head” for a location.) The works, inspired by the history’s great structures such as the Pyramids at Giza and Moai of Easter Island, are meant to spread ecological awareness and allow viewers to “confront nature” through art, Ms. Mori told the Observer.

Her first project with Faou, a 14-foot-tall opaque megalith titled Sun Pillar that changes colors in sunlight, was erected on Japan’s Miyako Island in Okinawa in 2011. The sculpture’s location on the island’s small bay was chosen for its alignment with the sun during the Winter Solstice. The piece is one half of a work she calls Primal Rhythm, which will be completed in the near future with the addition of a floating orb installed in the center of the bay that changes colors with the tides.

Like Sun Pillar, Ring‘s spot atop Brazil’s 190-foot-tall Véu da Noiva waterfall—just an hour and a half from Rio and a six minute walk from the entrance of a state park—will also align with the sun during the shortest day of the year on June 21, and changes color from blue to gold in the light. Beside its astrological alignment, Ms. Mori required only that the work’s location have a “very, very magical appearance” and “magnificent rainforest energy.”

“[Ring] came to my dreams seven years ago,” Ms. Mori told journalists this morning at a presentation for the press. The artist, dressed in white from head-to-toe, said the project’s three main themes were oneness (a Buddhist philosophy of interconnectedness that features in much of her artwork), eternity and completeness. The piece, she says, will “metaphorically add a sixth ring” to the Olympic symbol’s iconic five.

Ms. Mori’s ambitious land art will be permanent. The light reactive acrylic material is both sustainable and made to last. Sun Pillar could stand unchanged for 1,000 years, according to the engineers who helped Ms. Mori realize her projects. The work’s longevity is meant to support our connection with nature, said Ms. Mori. The artist also went to great lengths to ensure that the installation be as eco-friendly as possible. For the Sun Pillar, engineers carried the work across the bay in boats and used “ancient methods” to get it standing. And in Brazil, the team avoided destroying trees by hoisting the sculpture over the rainforest canopy with ropes.

While Ring is a Herculean effort by itself, it is just one part of Ms. Mori’s contribution to the Rio Olympics. The artist will also participate in the official Torch Relay, carrying the flame through the city of Rio in August.

“I find it meaningful for artists to be participating in sports events, and especially those that offer a moment of international unity such as the Olympics,” Ms. Mori said. “Every morning I take a walk for an hour in the park in London and have scheduled coaching by a previous Torch Relay runner of the Tokyo Olympics.”

Ms. Mori is among Japan’s most recognizable artists, alongside international stars such as Takashi Murakami and Yayoi Kusama. Her work has been featured at major museums shows in London, Los Angeles, and New York, and in 2013 the artist joined Sean Kelly Gallery and premiered a series of large-scale sculptures inspired by the universe. 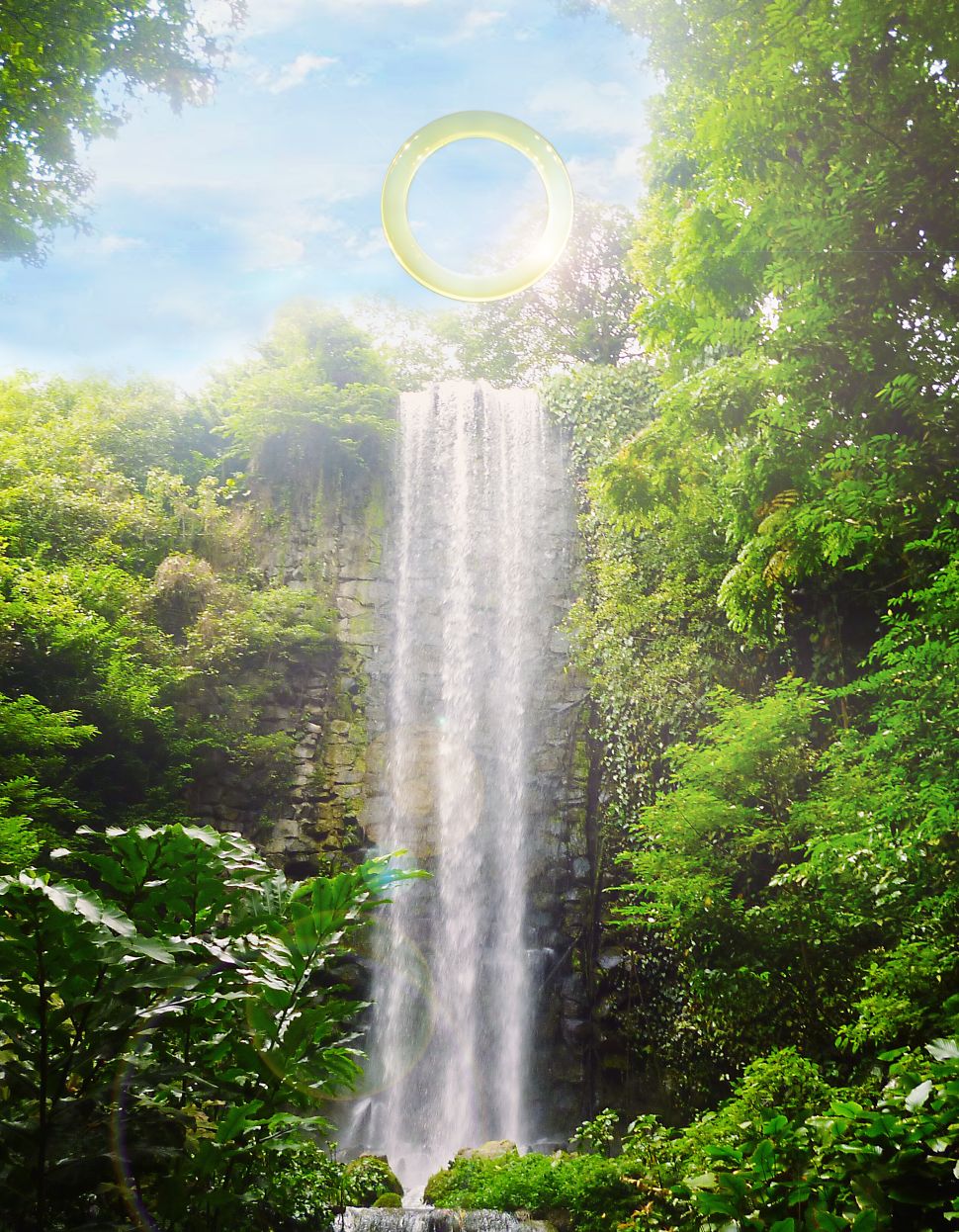