One might think that the head of a company like Brooklyn Brewery would perhaps choose to reside in, you know, Brooklyn, but it appears that Eric Ottaway has a different plan.

The CEO of the local Brooklyn-based brewery has just purchased a 2,280-square-foot condo in the Seaport area of the Financial District, at 130 Fulton Street.

Mr. Ottaway and his wife, Lisa Orloff, who is the founder of the World Cares Center, paid $2.75 million for the space, which has thirteen windows and views of the Financial District, Seaport, and the Brooklyn Bridge, per the listing shared by Douglas Elliman brokers Melissa Olson, Christian Benites, and the Jacky Teplitzky Team.

The condo is currently set up as an open loft space with just one bedroom and two bathrooms, though the listing declares that it could “easily transform” into a three- or four-bedroom abode. The (for now) loft also has a kitchen with a Wolf gas range, Sub Zero fridge, and “miles” of counter space, though sadly there’s no mention of any on-premises stills (Mr. Ottaway will have to bring his own). Though certainly the master bath would seem to offer possibilities for home-brewing vessels: the Carrera marble master bath has two sinks, an enclosed glass shower, and a soaking tub. There are also “abundant” closets in the prewar condo, and that’s not even an exaggeration–there are at least seven closets, including four walk-ins.

It would appear that Mr. Ottaway and his wife previously resided in Montclair, New Jersey—they list an address in the town on the deed, before they purchased this Fidi pad from John William Rivett and Mingwei Stephen Lee, who first put the apartment on the market nearly a year ago, in August of 2015, asking $3 million.

Perhaps Mr. Ottaway and Ms. Orloff were inspired to make a location change by Brooklyn Brewery itself–after all, the previously Williamsburg-based company recently revealed that it is moving its headquarters to the Brooklyn Navy Yard, where it is leasing 75,000-square-feet at Building 77 that will include space not just for offices and the brewery, but also for a rooftop beer garden and restaurant when it opens in 2018. 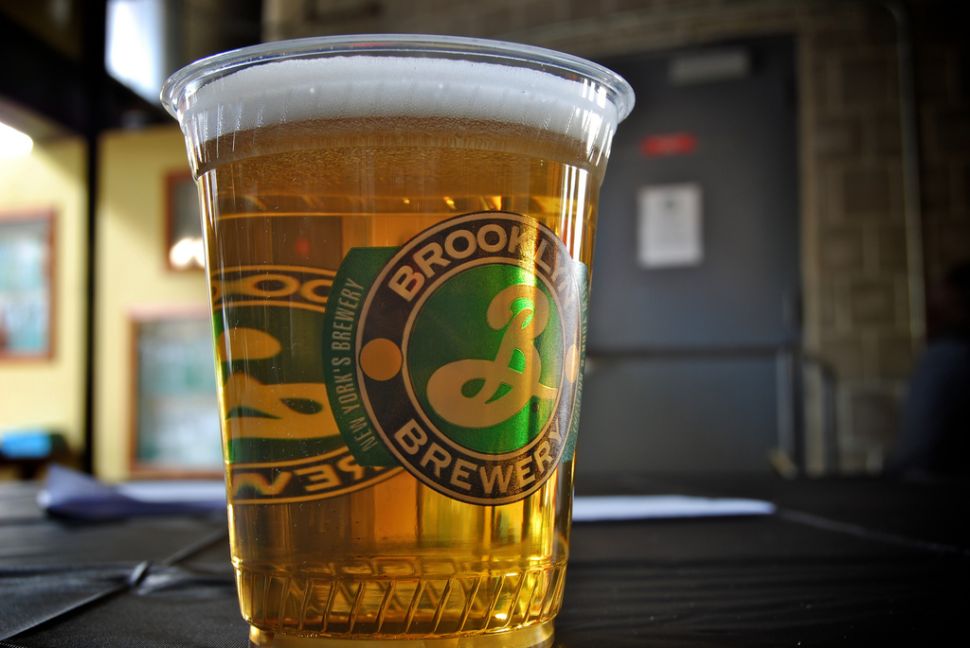