A second wave of attack ads against Assembly Chris Brown (R-2) surfaced Thursday, criticizing the Atlantic County lawmaker for his opposition to a proposed state takeover of Atlantic City. Brown has been one of the most vocal critics of the takeover legislation from Senate President Steve Sweeney (D-3), facing early attacks directed at his reelection campaign and anticipated state Senate bid against incumbent Jim Whelan (D-2). The new super PAC-funded web ads characterize Brown’s opposition to the Senate plan as support for a “bailout for Atlantic City politicians.”

That description dovetails with Sweeney’s criticisms of Atlantic City’s local officials, whom he has called unwilling to make the necessary cuts following the closure of four casinos in 2014 and devastation to the former gaming capital’s ratable base. A deal between Sweeney and Assembly Speaker Vince Prieto (D-32) is expected within days, one that would reconcile the Senate bill backed by Sweeney, Whelan and Governor Chris Christie with Prieto’s alternative.

The ads were funded by the Progress United PAC, which is registered in Arlington, VA. Its treasurer is Joseph Aiken, a certified public accountant with Fairfax firm Aiken & Company, PC.

Progress United’s ads join last month’s run of radio ads from Washington D.C. PAC The Turnout Project, which has financial ties to South Jersey boss and takeover proponent George Norcross III. Firms led by Norcross’ attorney William Tambussi, and his brother Phillip, each made $25,000 donations to The Turnout Project. Phillip Norcross is a lobbyist with New Jersey American , the group most likely to buy the city’s supply under the takeover bill Brown opposes.

Brown offered strenuous testimony in favor of the bill when Prieto’s plan went to committee, but said yesterday that he believes Prieto should post both bills in the Assembly if Democratic lawmakers cannot reach a compromise in time to stave off default on the city’s bonds.

Assemblyman Vince Mazzeo (D-2), who was in attendance at the secret meeting at the governor’s mansion between Whelan, Sweeney, Christie, Norcross and Atlantic County Executive Dennis Levinson, has said that he expects that compromise to offer the city 150 days to cut spending and hand the city’s assets over to a five-person panel rather than a single member of the state Local Finance Board. 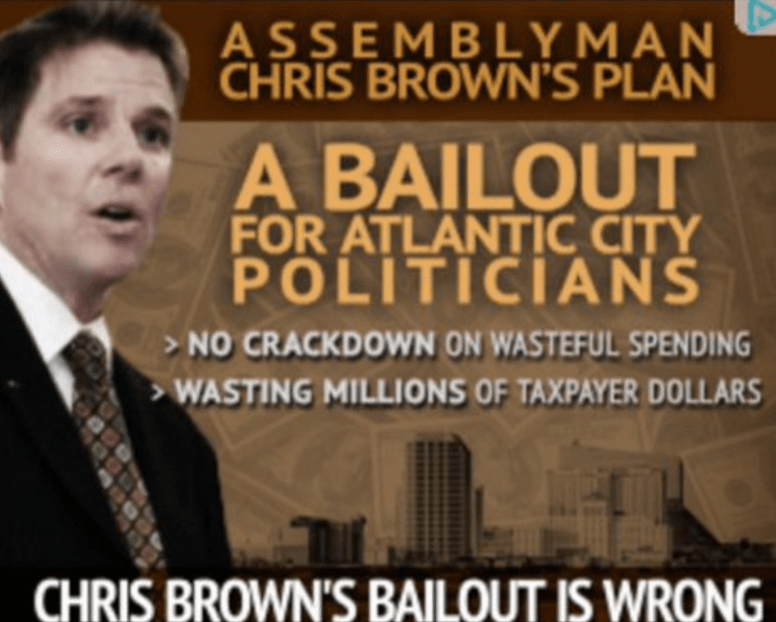