Alzheimer’s disease, the most common form of dementia, affects more than 5 million Americans, and according to the World Health Organization diagnoses are expected to triple by 2050, costing the healthcare system an estimated $1.2 trillion annually.

The Cedars-Sinai Alzheimer’s Prevention Program in Los Angeles hopes to change that. Directed by Drs. Dean and Ayesha Sherzai, a husband-wife team of neurologists, the program uses lifestyle planning, support and medical innovation to detect and treat Alzheimer’s earlier.

Both doctors have firsthand experience with the disease, having seen their grandparents suffer from it.

“For us this is very personal,” Ayesha Dean told the Observer by phone.

To ensure that future generations avoid the same pain they did, the couple is currently conducting an 18-month clinical lifestyle intervention study, examining whether changes in lifestyle among patients with mild cognitive impairment or a family history of dementia can slow the progression of Alzheimer’s disease.

“There is no cure for Alzheimer’s at this point,” Dean Sherzai told the Observer. “But you can mask the symptoms.”

The Sherzais use the acronym NEURO to describe their approach. N stands for nutrition—the doctors advocate the so-called MIND diet, which combines elements of the plant-based Mediterranean diet with the low-salt DASH diet, used to combat high blood pressure.

“This diet can push onset back by five years,” Dean explained.

E stands for exercise—both aerobic and anaerobic physical activity can help the brain as part of a personalized fitness routine. Exercise reduces the risk of depression, and can even allow the brain to make new connections between neurons.

U means unwind, which in this case means supplying study subjects with regimented mindfulness and relaxation techniques such as meditation. These activities have a quantitative effect on the brain, decreasing stress hormones.

“A lot of us talk about unwinding, but none of us do it,” Ayesha said. “Stress makes dementia propagate and worsen. We give patients the tools to take stress out of their lives.”

R stands for restful sleep, which means both sleeping the right amount (seven to eight hours a night, no more or less) and having good quality, uninterrupted sleep with no electronic devices nearby. Patients who have sleep apnea and actually stop breathing for short periods while they sleep are also at increased risk of dementia.

Finally, O stands for “optimizing social and mental activity.” While there is scientific evidence that mental exercises like crossword puzzles and Sudoku help with memory and recall, Dean stressed that going out into the world and listening to music or going to a museum was also beneficial to older patients.

“Those who retire and become sedentary do worse than those who are active,” he said.

Patients don’t have to make dramatic alterations in these five areas to see results.

“This healthy intervention is not an all or nothing phenomenon,” Ayesha said. “Small, incremental changes affect brain health.”

The Sherzais are also using technology to aid in their comprehensive investigation—they use biomarkers like MRIs and PET scans to get their information, along with more traditional methods like blood tests.

Their study also employs the first advanced retinal imaging scan, which may detect amyloid, the main plaque that causes brain tissue to develop Alzheimer’s, in the back of the eye before it enters the brain and becomes symptomatic.

While the couple emphasized that the retinal scan was an investigational tool which has not been approved by the Food and Drug Administration, they are still excited by the possibilities it presents.

“Potentially this could be a beautiful early marker that could be monitored for change,” Dean said. “It has great promise.”

Since the study is still in its early stages there are no results yet, but the duo concluded with the hope that their work could help people with a family history or early warning signs of Alzheimer’s stop the disease in its tracks and prolong life.

“This is extremely important, and has tremendous implications,” Dean said. “We can show that if implemented earlier in a systematic way, you can affect the whole healthcare system and economy in general.” 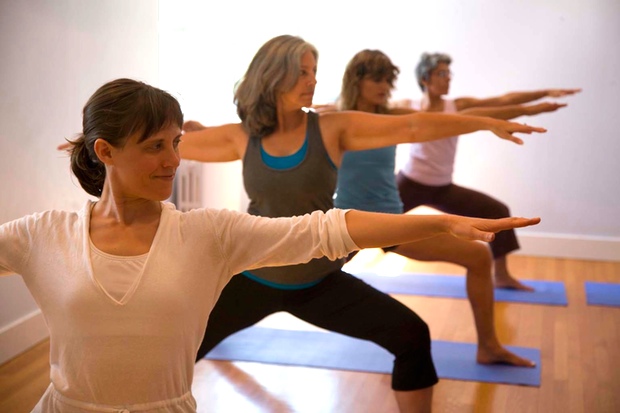