“I’m surprised to be here,” said Mr. Loach, right before ascending the red carpet in advance of the awards ceremony. He wasn’t the only one. A deeply empathetic portrait of a carpenter with a heart condition entangled in the perverse red tape of an Orwellian social welfare system, the film played on the third day of the festival, received glowing notices from critics and fans alike, and then quietly faded from the Cannes chatter. Many felt that the film wasn’t weighty enough. Clearly the jury, led by Mad Max auteur George Miller, felt otherwise.

They also chose to award the second-place Grand Prix to Xavier Dolan’s It’s Only the End of the World, a stridently maudlin look at family histrionics shot almost entirely in close-ups that received almost universal derision from the cinerati. The precocious Mr. Dolan, at 27 already a four-time veteran of the festival, is hardly one for stoic behavior, and openly weeped as he accepted his award. “Thank you for feeling the emotion of the film,” he said, choking back tears. “It’s not always easy to convey emotion with others.”

The domestic drama, an adaptation of a celebrated French play by the late Jean-Luc Lagarce about a dying man who visits his estranged relatives, features a who’s who of Gallic stars, including Marion Cotillard, Vincent Cassel, Léa Seydoux, Gaspard Ulliel, and Nathalie Baye. It’s a mess, but it’s also clearly the product of a filmmaker swinging for the fences. “It had tremendous ambitions and much risk taken,” said jury member Lásló Nemes after the awards show. “When it started, you could feel the very specific voice of the director. And I’m very happy to see people trying to go in different, very personal ways and don’t do things that others have done. That’s the essence of cinema.”

The rest of the awards weren’t quite as shocking. Andrea Arnold’s much-admired American Honey took home the third-place Prix du Jury—strangely enough, the third time the director has won that category after her two previous forays at Cannes with Red Road and Fish Tank. She didn’t seem to mind, especially since she had already gone back to England when she got the call from Cannes. (The festival famously asks filmmakers to return to the Croisette just before the awards ceremony, mysteriously telling them that their film will win an unspecified prize.) “About 5 hours ago, I was sitting in my neighbor’s garden sipping tea, so this is really surreal,” she said during her acceptance speech.

Best Actress went to Ma’Rosa star Jaclyn Jose for her moving portrayal of a small-time vendor whose part-time drug dealing gets her enmeshed in police corruption. And Shahab Hosseini won Best Actor for Asghar Farhai’s The Salesman, the latest film by Oscar-winning Iranian director. Mr. Farhadi also received Best Screenplay for The Salesman (the only film that got more than one prize), while Cristian Mungiu and Olivier Assayas shared the Best Director award for, respectively, Graduation and Personal Shopper.

As always, the closing ceremony was brief. Oscars, take note: After a musical performance and the bestowing of an honorary Palme d’Or to legendary French New Wave actor Jean-Pierre Léaud, the actual announcement of the competition prizes, including speeches and photo-ops, took 35 minutes. Even still, the ceremony, which requires the jury members to be seated onstage throughout, was a bit too long for Donald Sutherland, who has remained climate-challenged ever since complaining about being too cold during a press conference earlier in the week. “You guys, on that stage tonight, I got soaking wet,” he later told journalists as he wrapped a wide blue scarf around his head and shoulders. “I had to completely change my clothes. I’ve had pneumonia 11 times. If I catch it again? I’m 81. Pfftth — goodbye!” 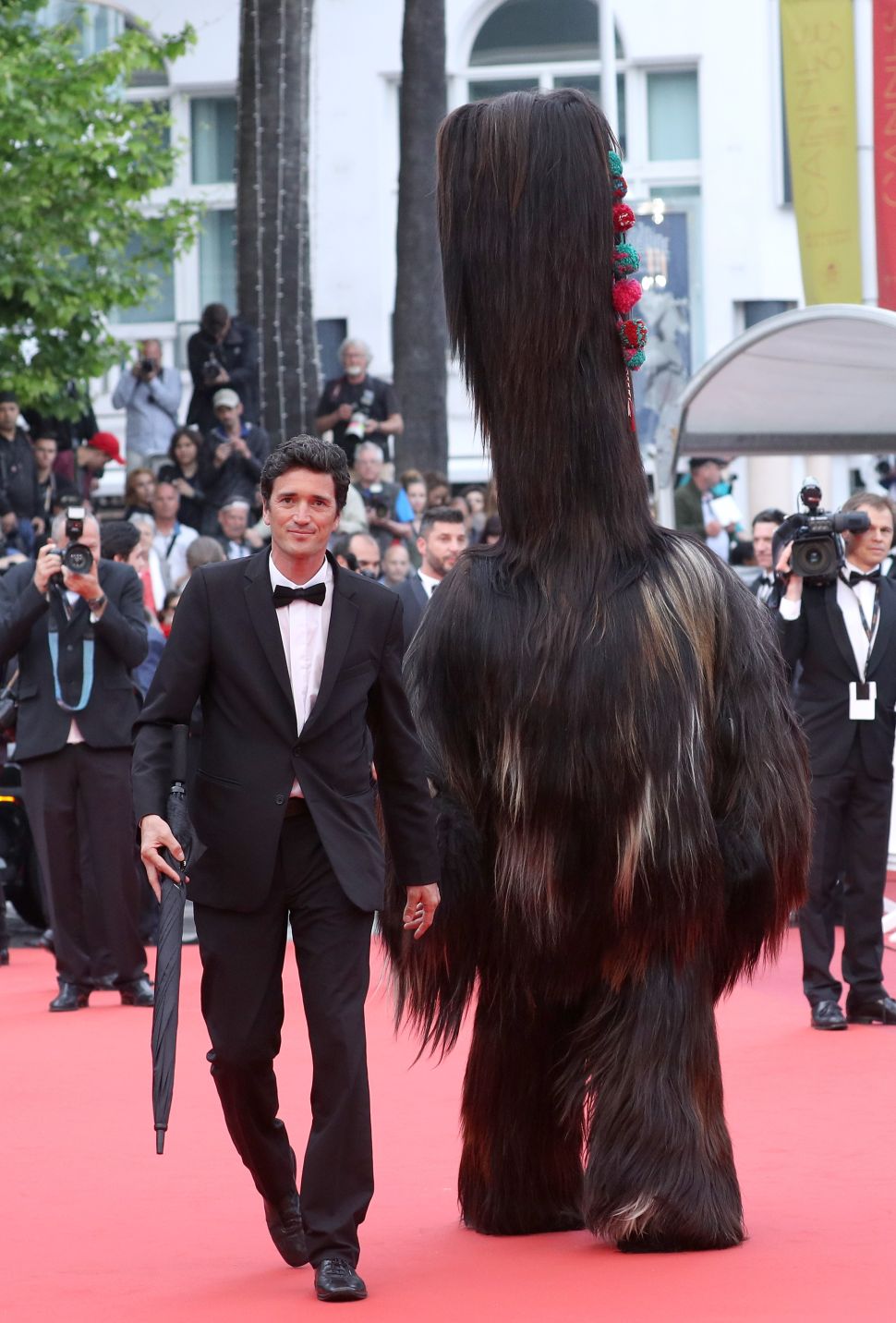